Interviews
Maluma on Working With Ricky Martin, Shakira & What's Next for Him
<p>Colombia-born <a href="/artist/6184364/maluma/chart">Maluma</a> is one of the hottest artists in Latin music right now. At just 22, the singer-songwriter has already worked with icons like Ricky Martin and Shakira, and he&#39;s netted plenty of fans with his latest album&nbsp;<em>Pretty Boy, Dirty Boy.</em></p> <p>Speaking to Billboard, Maluma explains his simple mantra: &quot;Work, work, work!&quot; But aside from just working, he&#39;s working smart -- when he linked up with Shakira and Carlos Vives for a &quot;La Bicicleta&quot; remix in Barcelona, he paid attention. &quot;She&#39;s a great artist, but she&#39;s also a composer,&quot; he says. &quot;I learned a lot.&quot;</p> <p>As for Ricky Martin, who featured Maluma on his &quot;Vente Pa&#39; Ca,&quot; Maluma says, &quot;Ricky Martin is one of the artists I wanted to be growing up. He&#39;s my idol in the industry.</p> <p>&quot;Marc Anthony is maybe the only one missing in my list,&quot; he says. &quot;I hope in the next year I have the chance to work with him.&quot;</p> <p>Watch Maluma&#39;s interview above.&nbsp;</p>
SHARE

BTS Share Their Favorite Memories From Making ’Map of the Soul: 7’ | Billboard

Monsta X Play 'How Well Do You Know Your Bandmates?' | Billboard 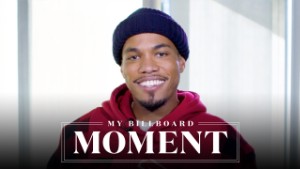