As songwriters and producers continue to score management deals, brand partnerships and other front-facing opportunities, the three studio vets below had particularly stellar years — and each topped the Billboard Hot 100.

By working with K-pop superstars BTS through remote technology, Jenna Andrews proved how resourceful the industry could be during the pandemic when she co-wrote the group’s record-breaking chart-topper “Butter.” Dernst “D’Mile” Emile, who was already coming off a hot year working with Grammy- and Academy Award-winning R&B star H.E.R., continued his winning streak in 2021 by pairing with superduo Silk Sonic (Bruno Mars and Anderson .Paak) on its debut album, including lead single “Leave the Door Open.” And reigning producer of the year, non-classical Grammy winner Andrew Watt remained prolific after a dominant 2020, with studio work for artists including Ed Sheeran, Young Thug, Elton John and Justin Bieber, the lattermost for whom he co-wrote the sunny R&B hit “Peaches” from Bieber’s Grammy-nominated album Justice (Triple Chucks Deluxe). 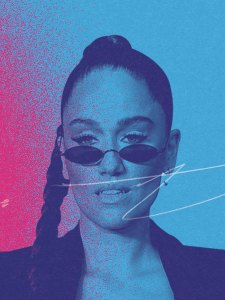 I have a publishing company called TwentySeven Music that goes through Sony/ATV, and one of the guys signed to it, Rob Grimaldi, sent me a demo that he did with Stephen Kirk. I just thought the chorus was amazing. I played it for [Columbia Records chairman/CEO] Ron Perry, and he loved the hook, melody and production. We went in on Zoom and did a bunch of different co-writes until eventually we came up with the concept for “Butter.” After that, everyone came to my house in [New] Jersey for, like, three weeks, and we just grinded until we came up with the song. When we finally sent it to Big Hit, RM added the rap part, which was the icing on the cake.

Coming off [BTS’ 2020 smash] “Dynamite,” there were so many songs submitted, obviously, but there was something instinctual about “Butter.” I felt like it was something they could really dance to. I vocal-produced “Dynamite,” so I had the opportunity to understand their voices. Coming into “Butter,” it was [about] tapping into the fan base, trying to get in with the older generations and Gen Z. All the nostalgic references, like the Usher line [“Don’t need no Usher/To remind me you got it bad”] is something I think the BTS ARMY loved. The Michael Jackson lines, too: “When I look in the mirror” and “High like the moon, rock with me.” Little nods to ’90s R&B — BTS loves that style of music; that’s something that they stress a lot. Restitching those lyrics, they loved that, too.

Having my first No. 1 has been super special. But also, just being able to share it with someone like BTS, considering that they’re such a massive band, [they] were so easy to work with. They really trusted us, which was a cool process, considering we did this all over WhatsApp. We didn’t even get to see them on Zoom or anything. It’s a pretty crazy thing to go through and definitely shows you how people have learned to be so resourceful during the pandemic. —AS TOLD TO THANIA GARCIA 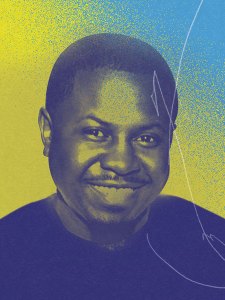 “Leave the Door Open” was one of the first things [Bruno Mars and I] were playing around with as far as a concept — Silk Sonic wasn’t officially created. The way Bruno works, he tends to have title or hook ideas already, then he’ll come in and play us what he has so far. So from the first day I started working with him, I think we were working on a version of that song. But whatever it was, he always had [the lyric] “I’m going to leave the door open.” Down the line, when Bruno and [Anderson .Paak] linked up, “Leave the Door Open” was one of those things that [Mars] brought back up — we decided to make it specific for Silk Sonic.

It was me, Bruno, Anderson and Brody [Brown] all in a room together jamming, and we came up with what everybody hears now after I don’t know how many versions. Once we figured it out and were laying it down, the [first] take of Anderson on the drums and Brody on the bass is the take that’s out — it was like magic. That night we left, and we were fine-tuning for four months. Bruno’s engineer just knew how to capture everything the right way. We knew this was a song we [couldn’t] make any mistakes on. How it made us feel, we knew it was going to be something special. [Mars and .Paak], they’re funny characters. They would go out on the patio and just write these songs. It would be 20% joking around and 80% seriously figuring out the lines.

Every week, I was surprised at how big of a deal it was. When it debuted at No. 4, it was crazy for me to see something as R&B as a song like this be in the top five. When it was No. 1, I couldn’t believe it. I haven’t seen songs that have so many chord changes and that many complex parts be on the Hot 100 in a long time, let alone No. 1. That was just amazing to see. I’m just doing what I love, and it’s working. I can’t ask for anything better than that. —AS TOLD TO NEENA ROUHANI 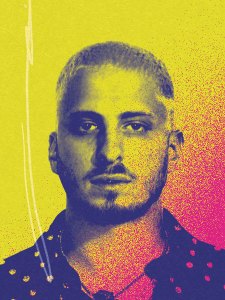 Justin [Bieber] lives pretty close to me, and we’ve been friends for pretty much a decade now. He came over one day, and I was working on some other stuff. He sat down at my piano and started playing these chords. He didn’t even realize I was recording it, but the chords were awesome. He got on the drums and started playing this amazing beat, and then I picked up a bass and he was telling me the bassline he heard in his head. Then he got on the vocal mic and started freestyling. We weren’t supposed to make a song that day — Shawn Mendes came over and hung out on the couch while we were making it, and then Louis Bell came over. Everyone was just vibing together.

That was how the record started, and then Justin’s musical director [Bernard “Harv” Harvey] took those elements and turned them into what we know “Peaches” to be. Justin had the idea to get Daniel [Caesar] and Giveon on the record and turn it into a classic. It was all Justin’s brain, from start to finish, and it’s an amazing thing to watch, one of your friends knowing exactly what they want to that level.

I was completely shocked [when “Peaches” debuted at No. 1] and so excited. Anyone that ever says, “I knew that was going to happen. I knew it’d be No. 1” — you don’t know s–t; no one knows s–t. That’s what’s so exciting about this time: You don’t know how people are going to react. Shoving music down people’s throats? You can try, but it doesn’t really exist anymore. People go on Spotify, people go on Apple Music, they choose what they want to listen to. You cannot predict people’s response, but you can just make what you think is good and what you enjoy. With this song, where it was really Justin’s from inception to end, I think everything that [has happened] really means a lot to him. So it’s special to all of us because of that. —AS TOLD TO JASON LIPSHUTZ

This story originally appeared in the Dec. 18, 2021, issue of Billboard.