Creating a hit takes great artists, songwriters and producers — and often A&R executives to first discover those talents and bring them all together. Those who take on the challenge of A&R — artists and repertoire — are the matchmakers of the $15 billion global music business.

The 22 executives chosen by Billboard editors for this ­inaugural A&R power list work at record labels and publishing companies, both for multinational major music companies and indie contenders. They have played a role in some of the biggest hits of 2016, including Twenty One Pilots‘ Blurryface, Beyoncé‘s Lemonade and Shawn Mendes‘ Illuminate, all chart-toppers on the Billboard 200.

Yet even while they watch their ­hitmaking efforts yield gold and platinum, the best A&R executives also are searching for tomorrow’s stars. “The next big artist is out there, in some garage or some ­basement studio or some club trying to make it,” says Jeremy Vuernick, vp A&R at Capitol Music Group. “And for me, the biggest issue is finding them — that’s what keeps me going.”

The Weeknd “had, like, 27 offers” when Albert successfully signed the Grammy-winning star to Republic Records ahead of his 2013 debut. Albert, a former member of The Mighty Mighty Bosstones, moved in early 2015 to the famed Capitol Records tower (“a temple of sound”) to build a new A&R team and launch stars like Maggie Rogers, “who already has over 18 million streams on Spotify.” Vuernick, who booked the likes of Deadmau5 and Avicii while a student at the University of Wisconsin, signed Halsey in June 2014. Her debut album, Badlands, on Capitol’s Astralwerks dance imprint has sold 446,000 copies, ­according to Nielsen Music, while her guest vocals on The Chainsmokers‘ “Closer” propelled the song to No. 1 on the Billboard Hot 100 for 12 weeks. 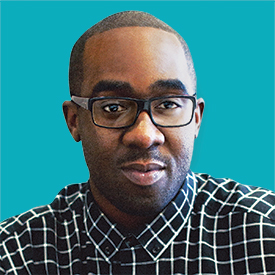 Fifth Harmony‘s “Work From Home” — which has sold 1.4 million downloads, according to Nielsen Music — is just one project that has taken off under Anokute’s watch. Working with a roster that includes DJ Khaled and Travis Scott, the Oklahoma-born A&R veteran (Katy Perry, Iggy Azalea) just wrapped a debut album for Swedish hitmaker Zara Larsson, due next year. “We’re no longer the gatekeepers,” says Anokute of A&R’s changing role. “In a streaming marketplace, it’s an open playing field.” 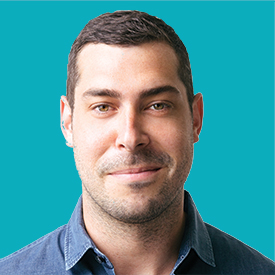 Bay-Schuck signed Bruno Mars during his decade-long tenure at Atlantic Records, then moved to IGA, where he led A&R efforts for Selena Gomez. The singer’s 2015 Revival album has sold 392,000 copies and yielded three consecutive No. 1 hits on the Pop Songs airplay chart, successfully moving “from a kid artist to an adult,” says Los Angeles native Bay-Schuck. “I’m very proud of the work I did on that record in helping her make that transition.” While guiding IGA’s A&R team, “I preach that a hit for one of us is a hit for all of us,” he says.

“All the hits I’ve had come together in different ways,” says Ben-Horin, a Miami native and former guitarist in Atomic Tangerine, whose A&R credits include David Guetta‘s “Hey Mama,” Jason Derulo‘s “Talk Dirty” and, notably, Flo Rida‘s “My House,” which reached No. 4 on the Billboard Hot 100 in March. Ben-Horin is part of the ace A&R team built by Caren, a veteran of sessions with Beyoncé and Kanye West, whose WMG-backed Artist Partner Group opened its new 6,000-square-foot studio complex in March in West Hollywood. “There’s nothing else like it in Los Angeles,” says the Beverly Hills resident and father of two. With his APG team, which includes up-and-comers Miles Beard and Jeff Vaughn, Caren says, “I think of myself like a basketball coach — my goal is never to take sole credit.” 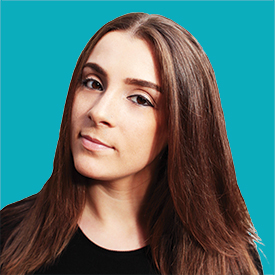 Two Billboard Hot 100 hits this year, Rihanna‘s “Needed Me” (No. 7) and Kevin Gates‘ breakout track “2 Phones” (No. 17), were both written by songwriter Starrah, who was Calhoun’s first signing for Pulse, an independent ­publishing and management firm. “I listen to satellite radio to find writers or ­producers before they hit terrestrial [outlets],” says the Virginia Beach-raised Calhoun. She says that when she heard local-talents-turned-stars Missy Elliott and Pharrell Williams, she knew that she was destined for a music career — “once I got over the fact that I wasn’t going to be an astronaut.” 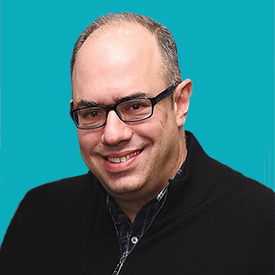 Ganbarg’s recent successes with Twenty One Pilots’ Blurryface, Melanie Martinez‘s Cry Baby and the cast album for Hamilton continue an enviable track record for the Suffern, N.Y., native who started in A&R at SBK Records 27 years ago. He since has done stints at his own Pure Tone Music, Epic and Arista Records — where he guided Santana‘s 1999 multiplatinum comeback with Supernatural. “The delivery systems for music are different today, but the basic principle hasn’t changed,” he says. “It’s still all about the exceptional artist performing the incredible song.”

As Republic hitmakers The Weeknd, Ariana Grande and DNCE reach new heights, Goldstein and Stevenson guide the label’s superstars and breakout artists alike. “I’m just finishing up Starboy with The Weeknd, which comes out Nov. 25,” says Goldstein, a Brooklyn native who began her music career by dropping out of New York University for a secretarial gig at Epic Records. Among Stevenson’s priorities, “Post Malone is really music 3.0; he’s changing genres within songs,” says the New Jersey resident who starts his day with Symphony Hall on SiriusXM. “Classical music relaxes the mind and opens it up,” he says. 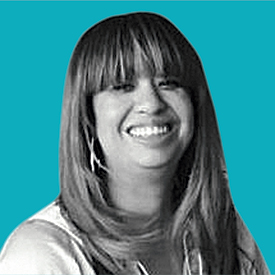 “It’s not only about trying to get your writer and producer on big albums,” says Gonzales of the A&R executive’s challenge. “It’s also about having taste.” A New York native who’s now based in Los Angeles, Gonzales has taste broad enough to have signed songwriter Nate Cyphert, who co-wrote “H.O.L.Y.” (which Florida Georgia Line took to No. 1 for 18 weeks on the Hot Country Songs chart), and Bibi Bourelly, who has co-­written Rihanna tracks, including the 2015 hit “Bitch Better Have My Money” (No. 15 on the Billboard Hot 100). Bourelly released an EP, Free the Real (Pt. #1), in May on Def Jam Recordings. 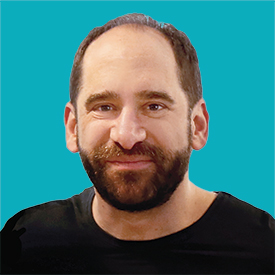 A fomer alt-rocker with the ’90s act Idle Wilds, Gray is also an avowed Bee Gees and Carpenters fan. The executive’s pop preferences explain his success with DNCE, Demi Lovato and Shawn Mendes, whom he signed early in the teenager’s career. DNCE’s “Cake by the Ocean” rose to No. 1 on Adult Top 40 (and into a Sprint commercial). And Mendes hit No. 1 on the Billboard 200 in October with Illuminate. “The songs are fantastic all the way through, and they’re really reflective of him,” says Gray. “He really took charge on this album.”

Holiday’s dual role at Sony/ATV and Columbia allows the father of two to spot talent from the songwriter-producer stage and upstream those songs to his label’s acts — or to Fox’s Empire, which showcases his A&R skills weekly. His big win in 2016: Solange‘s A Seat at the Table debuted at No. 1 on the Billboard 200. Houston-native Knoepfle, named head of Sony/ATV’s West Coast office in January, worked with joint-venture partner Jack Antonoff to sign singer-­songwriter Grimes. “They met and really hit it off,” she says. Songwriters today are more willing to cross genres, says Knoepfle. “There are no rules any more. It’s a lot more fun.” 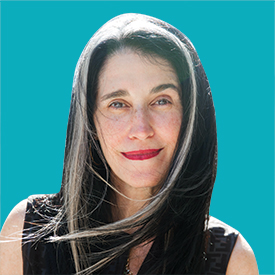 While holding top A&R roles across two decades at Columbia Records, Jive Records and now as an independent, the Texas-based LaBarbera has nurtured Destiny’s Child, Britney Spears, Backstreet Boys and Queen Bey herself. They ­collaborated on Beyoncé’s Lemonade, which has sold 1.5 million copies. “It was clear that the songs had topics that every woman was going to relate to,” she says. “But for men, this record was also a look inside at what women go through as their partners, wives, sisters, mothers. When a body of work can do that for so many people and on a global scale, that’s a tremendous feeling.” 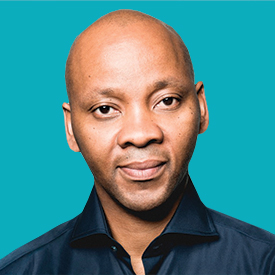 San Francisco-raised Nkhereanye worked on Jeezy‘s Trap or Die 3, which debuted at No. 1 on the Billboard 200 (with guest spots from Chris Brown and Lil Wayne) and collaborated with newly signed Alessia Cara, whose “Here” reached No. 1 on Mainstream Top 40. Nkhereanye co-wrote her follow-up hit, “Scars to Your Beautiful.” “I got into this because I was a fan,” he says, “and ­nothing’s changed.” 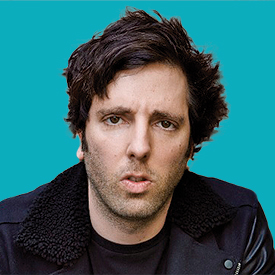 Perry proved his A&R smarts by pairing client The Weeknd with Daft Punk for “Starboy” (the title single for The Weeknd’s new album), and the track has reached No. 2 on the Billboard Hot 100. “It was my idea to connect the two,” says the Israel-born Perry, who now lives in Manhattan’s Tribeca district. “It took a couple of years, but they got together in Paris and recorded.” In late 2013, Perry signed Lorde and then enjoyed the infamy of his portrayal as the Grammy-winning singer’s leather-­jacketed A&R guy on South Park. His signings in 2016 include rapper Desiigner and rock duo Phantogram.

Press and Vinten bring their respective strengths to parallel roles at Warner/Chappell. A native of Philadelphia, Press works with hitmakers Wiz Khalifa and Mike Will Made-It as well as rising writers like PartyNextDoor (Rihanna‘s “Work”) and Ross Golan (Flo Rida‘s “My House”). Vinten, who grew up in North Carolina, paired Justin Tranter with new publishing signee Julia Michaels. Together they co-wrote “Sorry” for Justin Bieber (No. 1 on the Billboard Hot 100) and “Good for You” for Selena Gomez (No. 5), plus multiple songs for Gomez, Britney Spears and Gwen Stefani. “Seeing writers blossom never gets old,” says Vinten. 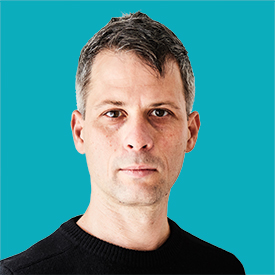 Rudd co-helms Mom + Pop with A&R ace Michael Goldstone (Pearl Jam, Rage Against the Machine), and together they have built an indie label that’s driving the success of Courtney Barnett, who has been ­nominated for a best new artist Grammy Award; the band Lucius, which is booked to open for Roger Waters‘ tour; and Flume, whose Skin reached No. 8 in June on the Billboard 200. “It’s a team effort here,” says the Brooklyn resident. “It doesn’t matter who finds the band or has the info or the relationship.” 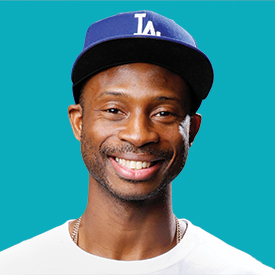 Victor manages Desiigner, Pusha T and The-Dream, and helps run West’s G.O.O.D. Music. In November, he was boosted to senior vp A&R at Universal Music Group, signing acts to all Universal labels. Aside from recordings, he’ll seek opportunities for his acts in film, TV, branding and publishing. The Brooklyn native is prepping Pusha T‘s third album for January 2017, with guest spots for Jay Z, Pharrell Williams, Lauryn Hill and Emeli Sande. When it comes to signing acts, he relies on “gut instinct.” Says Victor: “It never steers me wrong.” 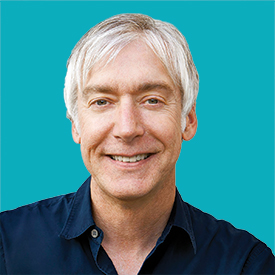 “I’m attracted to artists who set themselves apart, regardless of genre,” says Williams, the Atlanta-raised executive whose recent priorities for Columbia have ranged from neo-soul singer Leon Bridges to EDM-pop duo Frenship. Williams also oversaw John Legend’s upcoming album, Darkness and Light, produced by Blake Mills (Alabama Shakes). “It’s a different kind of record for John, very broad in scope,” says Williams. Legend’s leadoff single, “Love Me Now,” has reached No. 16 on Adult R&B. For any artist’s single, “radio may look for things that are similar,” says the L.A. resident, “but that isn’t driving the A&R process, because if you’re chasing that, you’re already too late.”