Billy Joel will hop from the stage to the screen in the fall when Billy Joel: Live at Yankee Stadium hits cinemas worldwide. In celebration of a half-century of entertainment, the remixed and re-edited 1990 concert will roll out on Oct. 5 and 9 during a two-night global fan event.

Shot live on 16mm color film on June 22-23, 1990 at the iconic MLB stadium, the original concert has been updated in 4K with Dolby ATMOS audio and remixed from the original multi-track tapes according to a release announcing the project. Among the new footage included in the new version is a never-before-released performance of “Uptown Girl,” as well as interviews with Joel and behind-the-scenes footage of the production.

“We’re pleased to partner again with Sony Music Entertainment to bring another classic rock n’ roll concert to the big screen,” said Marc Allenby, CEO of Trafalgar Releasing in a statement about the film that will feature such beloved hits as “Piano Man,” “We Didn’t Start the Fire,” “New York State of Mind,” “Scenes From an Italian Restaurant” and more. “This re-edited concert is going to have fans of Billy Joel dancing in their seats in movie theaters worldwide.”

Tickets for the special screenings will go on sale on Aug. 10 at 10 a.m. ET here.

“As a native New Yorker, Billy Joel’s iconic performance at Yankee Stadium is a perfect combination for audiences. We are excited to give fans the opportunity to watch this sold-out concert and rock out to the legend’s greatest hits,” said Tom Mackay, President, Premium Content, Sony Music Entertainment. 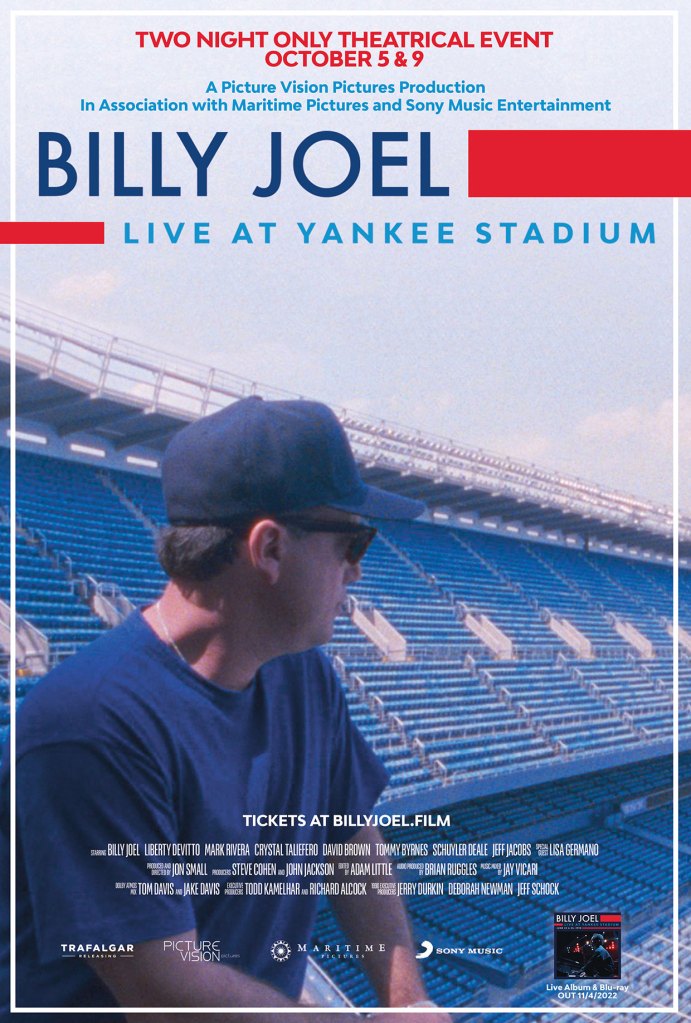 Watch a rocking version of “We Didn’t Start the Fire” from the film below.