Sony’s 360 Reality Audio technology made a splash when it launched in 2019, with artists like Mark Ronson and Pharrell all “re-releasing” songs in the new immersive audio format. Sony also worked with music labels like Universal Music Group, Warner Music Group, and with Live Nation, to provide the companies with technology to build out musical content around 360 Reality Audio. Now, two years later, consumers at home can finally get their hands — and ears — on the same industry-leading tech, in a powerful new speaker system.

Designed using what Sony calls “object-based spatial audio technology,” Sony’s new 360 Reality Audio speakers (on sale right now for $178 at Amazon) create a concert-like environment in your own home by “floating” the music around you, rather than pointing it directly at you. As the name suggests, the speakers mimic the feeling of 360-degree sound.

Sony says 360 Reality Audio sound “creates a feeling of immersion that makes it feel like you are at a concert or in the recording studio with the artist,” and sound is “diffused both horizontally and vertically to create the perfect atmosphere anywhere in your home.” 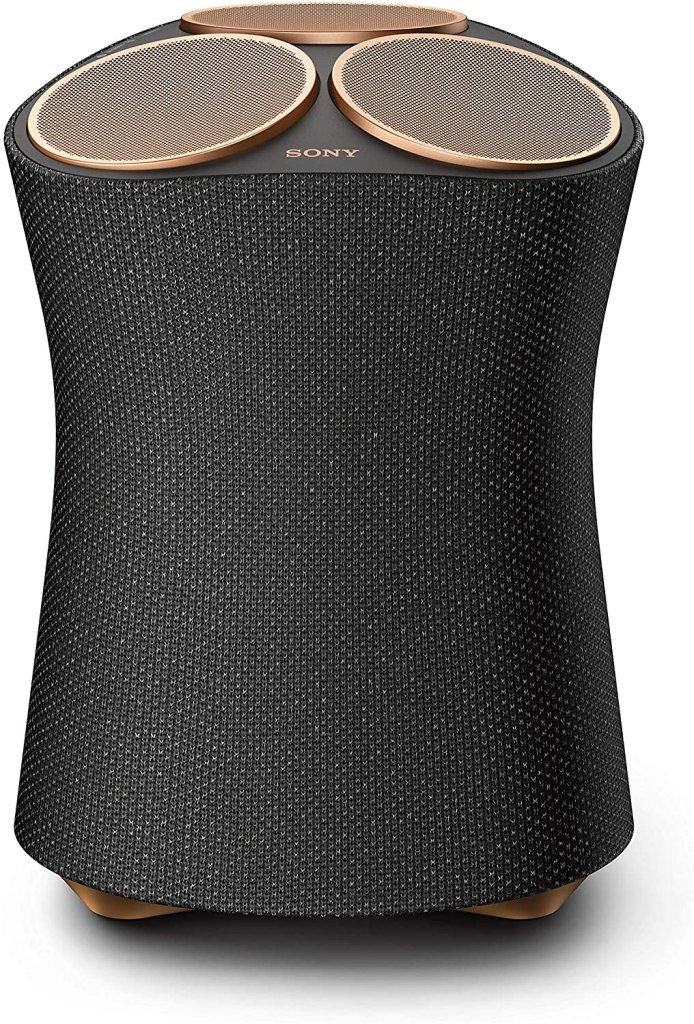 Both speakers feature seven total drivers for loud, room-filling sound, and dual passive radiators for deep, booming bass. Sony’s unique algorithm automatically re-calibrates the track you’re listening to, to be as wide and immersive as possible. You’re able to hear more details and nuances in your songs too.

Pair your playlist to the speakers using Bluetooth or WiFi; connect to Google Assistant or Alexa to control songs and settings using just your voice.

The new Sony 360 Reality Audio speakers let you hear songs the way the artists hear it in the studios. As proof: Sony says Live Nation installed 360 production hubs in its studios after the technology was released.

The all-new Sony 360 Reality Audio speakers are available now on Amazon. You can also experience 360 Reality Audio technology with a three-month free trial to Deezer Premium – one of the highest-quality music streaming services online.