When BoA and Wonder Girls became the first K-pop stars to chart on the Billboard 200 and Hot 100 in 2009, they foreshadowed one of the fastest-growing music trends of this generation. Though initial efforts behind those groups in the United States fizzled, K-pop has now edged closer than ever before to the mainstream: Witness BTS’ two Billboard 200 No. 1 albums in 2018, just one indicator of what proved to be a breakout year for K-pop in the United States (six other K-pop acts also landed on the chart that year). And even without much radio play here, K-pop’s influence is rapidly growing. As social media and streaming platforms have evolved, so too has an ultra-socially engaged fan base — one that not only devotes entire Twitter accounts to sending its favorite artists up the Billboard charts but also buys out arenas to support them and tunes in to splashy TV specials just to catch a glimpse of them, sending Korean acts ever nearer to the forefront of American pop.

In 2016, China’s dissatisfaction with a U.S.-South Korean missile-system agreement led it to ban all hallyu, or Korean pop cultural content, most prominently K-pop. It was a financial hit to the three main K-pop companies. Some continued to approach China with non-Korean acts, but others focused on sending their artists to burgeoning markets like the United States. (Chinese promoters are reportedly pressuring authorities to lift restrictions, driving up K-pop company stock.) Meanwhile, in each of the past three years, according to Nielsen Music, Korean music consumption in the United States has doubled, and during the same period more Korean artists than ever began touring North America. Korean stars became more prominent on American TV, with BTS appearing at the 2017 and 2018 Billboard Music Awards, the 2017 American Music Awards and the 2019 Grammy Awards.

Inside Blackpink's U.S. Takeover: How the K-Pop Queens Are Changing the Game

Dick Clark Productions airs both the BBMAs and AMAs, and the company credits its initial interest in BTS and K-pop with their growing American followings on social media. (DCP and Billboard are both owned by Valence Media.) “It was the Billboard charts that indicated that K-pop was now a big part of the music scene in the U.S.,” says Ariel Elazar, executive vp brand marketing and digital strategy at DCP. “Once we started looking at engagement, K-pop [artists] had specific U.S.-based fans connecting with them on a personal level on social media. We basically came to the conclusion that K-pop had to be part of our show.”

Jeremy Lowe, a senior manager on the same DCP team, points out that such televised events offer K-pop artists access not only to a much wider U.S. audience, but also to Western acts with whom they might make chart hits in the future. While in Las Vegas in 2017 for the BBMAs, BTS and The Chainsmokers met up; four months later, a co-write with The Chainsmokers’ Drew Taggart, “Best of Me,” appeared on BTS’ Love Yourself: Her. Over the past couple of years, similar collaborations have proliferated, like BTS’ “Mic Drop (Remix)” with Steve Aoki and Desiigner, its first RIAA-certified platinum single, and Blackpink and Dua Lipa’s “Kiss and Make Up,” which broke into the Hot 100 in 2018 despite not being promoted as a single.

“The general U.S. public has had a growing curiosity for K-pop, but it wasn’t until we saw collaborations between Korean and Western artists [that] we saw it permeate mainstream press and social media,” says Eddie Nam of Los Angeles-based EN Management, who manages the singer (his brother) Eric Nam and hip-hop trio Epik High internationally, and also consults for Seoul-based creative collective AXIS. Still, “too many times people have assumed that their success in Asia will directly [translate to] the States, and that just isn’t the case.”

The K-pop world has always thrived in digital spaces, but as its presence grew on social media in recent years (in 2018, K-pop artists and related content were referred to in 5.3 billion tweets globally, according to Twitter) and digital music platforms multiplied, audiences beyond fan cohorts had the chance to catch up. “As more music listeners were adapting to digital/online platforms to listen to music, they were also led to discover new artists and music,” says SM Entertainment USA managing director Dominique Rodriguez. SM manages K-pop acts including girl group Red Velvet and boy band NCT 127, both of whom have booked North American tours in 2019 (Red Velvet just completed a short run of theater dates).

Spotify reports that K-pop’s share of listening has grown about 65 percent annually since 2015, and Apple Music had year-over-year growth of 86 percent in the United States between 2017 and 2018 alone. Last year, Pandora Music’s K-Pop Girl Groups station grew over 182 percent in year-to-year listens, while its K-Pop Boy Bands station rose by 90 percent.

With that expanded listenership at their disposal, K-pop artists and the companies that steer their careers are approaching the U.S. market differently. Collaborations are now more carefully considered, says Nam, rather than simply “smashing big names together and expecting a song to chart instantly” as was popular in the mid-2000s and early 2010s. He also suggests that BTS’ dedication to touring frequently in the United States (the group just announced three additional stadium shows to its 12 recent American dates) is influencing other acts: Over a dozen Korean artists will bring their tours stateside in the first half of 2019, including Blackpink, which will also perform at Coachella in April.

“The U.S. music industry is ultra competitive,” says Nam. “To compete, you have to play the game: radio shows, TV appearances, touring. You have to put in the work to see the fruits of your labor.” 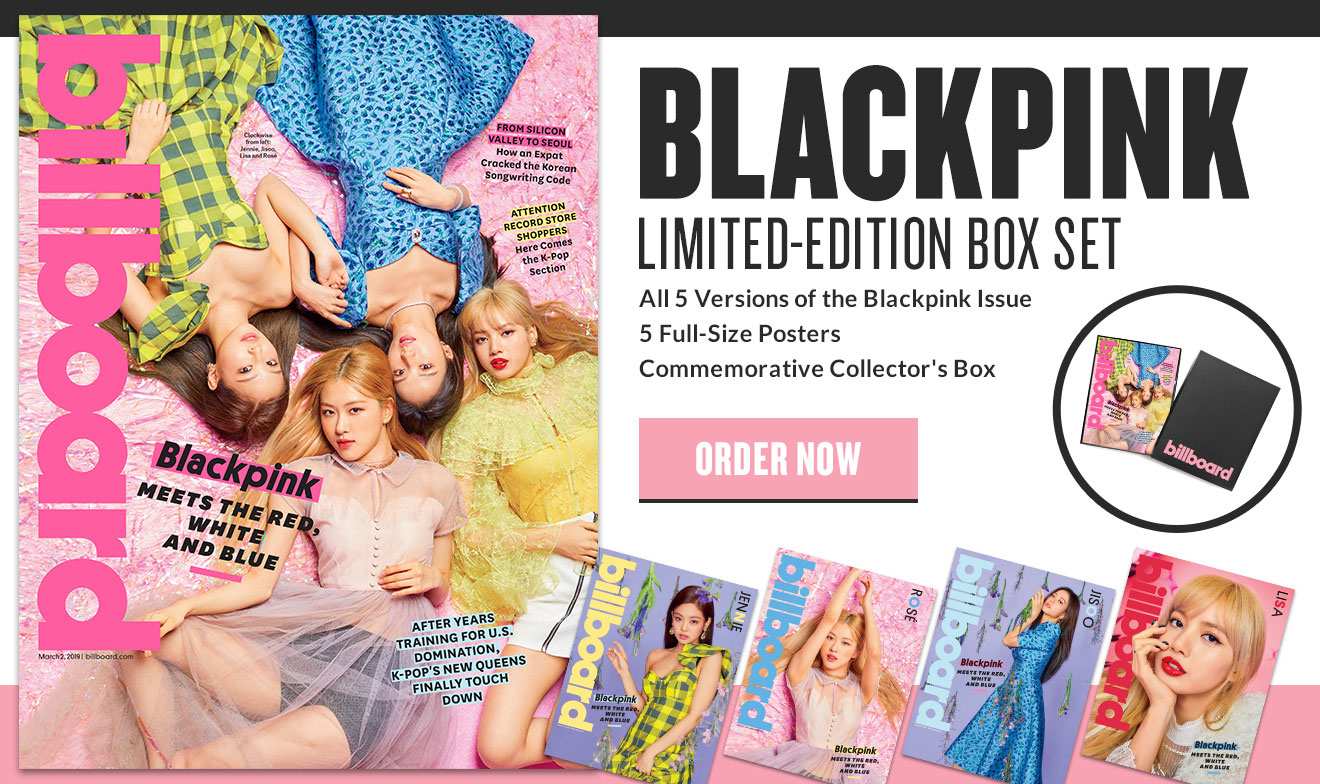 This article originally appeared in the March 2 issue of Billboard.