As temperatures in Palm Springs dipped into the mid-40s this past weekend, the dancing taking place in the desert enclave served to create both pleasure and warmth.

This cold streak in the typically balmy SoCal city wasn’t the only novelty of the weekend, with the 4,000 revelers in attendance on Friday and Saturday night (Dec. 10-11) gathering not on a traditional dance floor, but the tarmac of the Palm Springs Air Museum. Here, vintage World War II airbirds outfitted with ravey lights loomed overhead, while techno, disco, house and more boomed through the massive sound system.

Foo Fighters to Replace Pantera at 2023 Summer Festivals in Germany

The occasion was the inaugural edition of Desert Air, a new festival from the founders of Splash House, the Palm Springs summer pool party/house music bash that launched in 2013 at the height of the EDM boom as an alternative to the era’s prevailing big room sound.

As house music has since become the prevailing genre, the goals of Desert Air were two-fold: With a lineup featuring underground stars like DJ Koze, Dixon, Peggy Gou, Moodymann, Channel Tres, Jayda G, TSHA, along with a mix of rising techno and house artists, the event was intended to again innovate the type of electronic music available to audiences in Southern California, with a shift towards more Euro-centric talent that doesn’t often hit Los Angeles or its adjacent Vegas party hub, particularly during the busy summer season.

“For a lot of these artists — Peggy Gou and DJ Koze and Dixon — these are types of artists that are pretty in demand in Europe and really hard to attract to the states and to California for a pool party music festival,” Splash House and Desert Air Founder Tyler McLean tells Billboard. “We felt like doing something in winter at the Air Museum gave us a cool opportunity to to delve a little more in this underground lane of programing.” 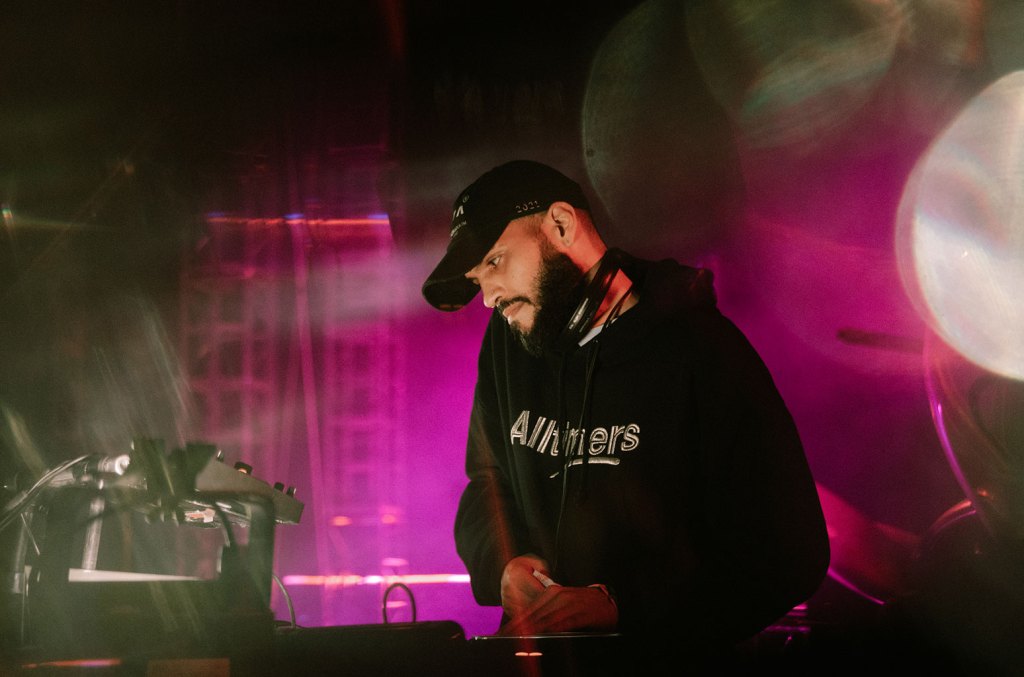 This show was also meant to expand the Splash House audience, a goal it also hit, with 90 percent of Desert Air attendees reporting having never been to a Splash House pool party. Daytime Desert Air activities like a bike ride/architecture tour, yoga and wine tastings at Palm Springs’ charming Dead Or Alive Wine Bar were also designed to attract a more mature crowd as interested in exploring the laidback refinement of Palm Springs as much as the dark edges of a banging techno track.

“The lineup is a little more sonically mature and appeals to a bit of an older demographic,” says McLean, a Palm Springs native who’s been throwing parties since grade school. Goldenvoice, a titan in the area via its marquee festival Coachella, serves as McLean’s partner on Splash House and Desert Air, with the Goldenvoice team helping assemble the lineup of some of the more prestigious names on the global electronic circuit.

The other star of the show was the Air Museum. While Splash House has been hosting afterparties here for years, Desert Air was the first festival to take place entirely at the venue. “It has just naturally grown into such an incredible piece of Splash House, and something  everyone always spoke about as being one of their favorite pieces of of that event,” says McLean. “But it was always an afterparty, and there’s only so much you can do with that.”

Desert Air fully embraced its venue, turning sprawling hangars populated with fighter jets into bars and VIP lounges. Many attendees seemed as interested in exploring exhibits like “On This Day in World War II” as they were in the music, and some of the veterans from the Air Museum community were seen tapping their feet to obscure house edits. The Museum exhibits and flies aircraft from World War II and the Korean and Vietnam Wars, with daytime Desert Air activities also including pleasure cruises on these vintage machines.

McLean says the novelty of this venue helped bring in big name acts, who played as flights took off overhead from the adjacent Palm Springs airport. Desert Air attendees arrived dressed for the weather and ready to party, with the crowd filling up the tarmac after gates opened just before sunset. The fest ended each night at a the very mature hour of 12:30 a.m., the latest that amplified music can be played outdoors according to a city ordinance.

The weekend’s highlights were many, with white hot L.A. artist Channel Tres bringing live flair to an otherwise all electronic festival, the esteemed Dixon delivering heavy Berlin vibes and Steve Martinez of the Martinez Brothers playing an often joyous house set all by himself. (Before the show, the veteran New York duo announced that only Chris Martinez would be at Desert Air, as Steve was quarantining after being exposed to Covid-19.) The underground thrust of the show was emphasized over both days, when Shazam-ing any given set returned obscure results.

Saturday night was slightly chillier than Friday, with attendees arriving in faux furs, flight suits and vintage skiwear then getting down to music from rising star TSHA and an impeccable set from the always impeccable Detroit icon Moodymann, who spent ample time on the mic giving an inspirational speech about the importance of believing in yourself. He was followed by favorite DJ Koze, who opened with his 2018 favorite “Pick Up.” Berlin-based star Peggy Gou, who’d traveled 24 hours to get to Palm Springs, took the stage in a Big Lebowski hoodie to play a deeply cool, but also energetic and often playful set featuring classics like Basement Jaxx’s “Fly Life Extra.” As the night went on it was cold enough to see your breath, but if anyone onstage was freezing, no one let on.

“We couldn’t do any heaters on stage because the airplane behind it is full of oil,” says McLean, “but all the artists were tough enough to really enjoy the experience regardless.”