The greatest gift that David Bowie bequeathed to popular music wasn’t a sound or style — though he had plenty of those — but an idea: that art, like life, is a series of performances, and each version of the self is as real or unreal as any other. Freed from the gravitational pull of authenticity, a pop star could be anything or anyone, and the audience would play along. Bowie made constant reinvention the engine of pop.

Future Opens Up on Fatherhood, Marriage and Outlasting His Doubters 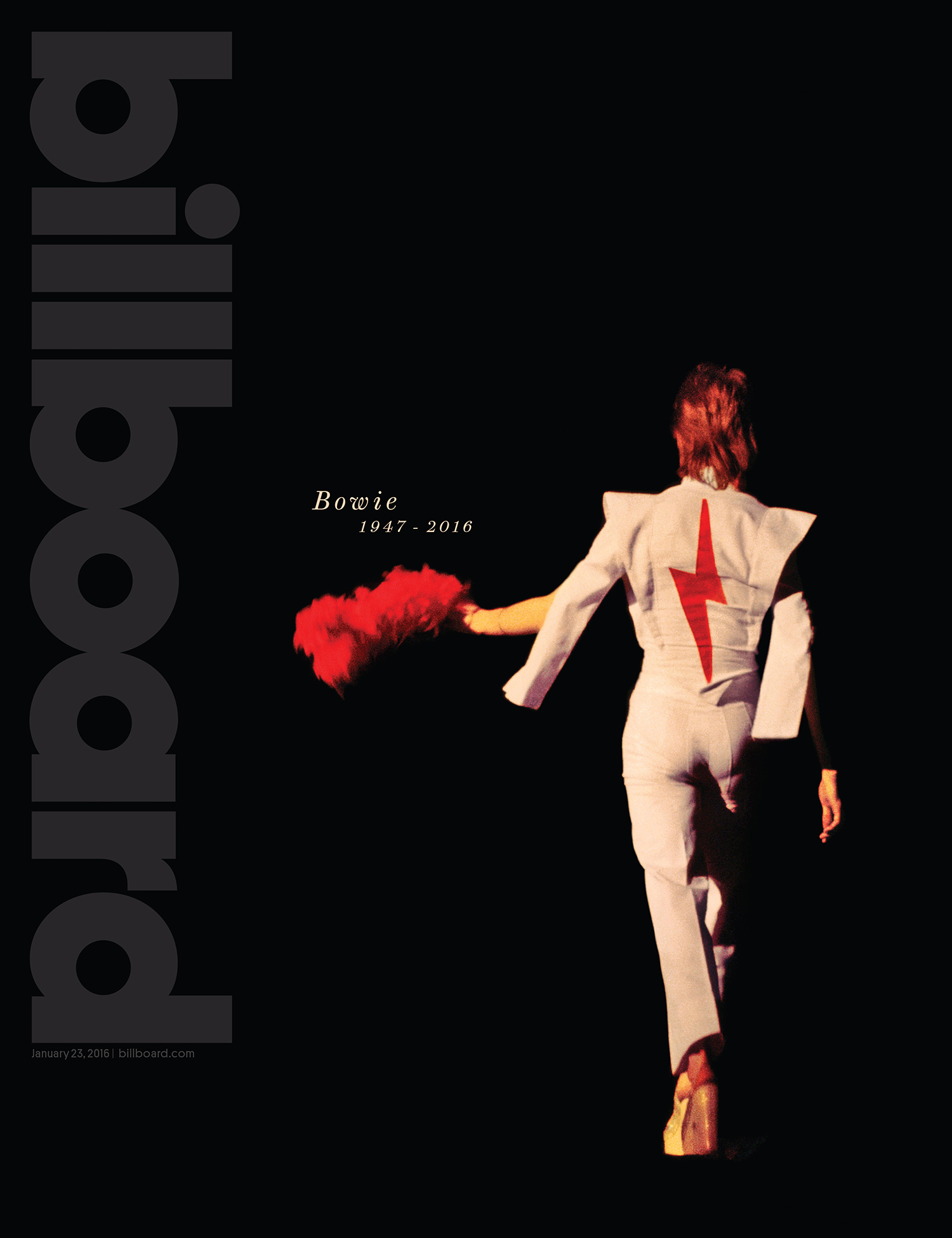 Bowie maintained his dedication to new ideas right up until he died, in New York on Jan. 10, two days after his 69th birthday. Eighteen months after 2013’s The Next Day, the muscular, self-quoting comeback record that ended a decade of apparent retirement, he was diagnosed with cancer but told few people and threw himself into two ambitious projects: the ­mysterious, jazz-influenced album Blackstar and the stage musical Lazarus. Bowie’s death cast both ­projects in a new light, illuminating a trail of clues, but he often had sung about death and legacy, and until his passing there was no reason to assume he was wrapping up his long, remarkable career. On Blackstar, which may well become the most avant-garde album ever to debut at No. 1 on the Billboard 200, he seemed to be moving forward. “He always did what he wanted to do,” wrote his longtime producer Tony Visconti in a remembrance. “And he wanted to do it his way, and he wanted to do it the best way. His death was no ­different from his life — a work of art.”

More From Billboard’s David Bowie Tribute: Bowie’s Sexuality | His Many Muses | His Passion for Soul and R&B | 25 Poignant Moments From His Life and Career | His Space Obsession | His Pioneering Use of TV | His Arresting Presence on Film | His Rebellious Style

Bowie wasn’t the first artist to evolve fast, but unlike Bob Dylan or The Beatles, he demarcated each chapter with new costumes, influences and, in the case of Ziggy Stardust and the Thin White Duke, personae. Yet even as he highlighted the artifice — the suburban alien, the “white limey” soul singer — each incarnation contained the emotional truth of a man who feared that he felt too deeply, or not deeply enough. He was inspired by marketing and fame, a phenomenon he wanted to investigate from the inside, but also by profound doubts about his mental health. “Sometimes I don’t feel as if I’m a person at all,” he said in 1972. “I’m just a collection of other people’s ideas.” His most creative decade, the 1970s, was also his most psychologically tumultuous, but he ­continued to believe that transformation was a duty and a pleasure.

Bowie was the first pop star to venerate his fans, many of whom became artists. To such fleet-footed, style-conscious 1980s pop stars as Madonna and Depeche Mode — the generation the Pet Shop Boys described as “Bowie’s children” — Bowie was the map and the compass, suggesting new ways to make art and to live. He had a similarly galvanizing effect on acts including Lady Gaga, LCD Soundsystem and Trent Reznor. If a suburban English weirdo with bad teeth could remake himself over and over again, then so could they. In “Rebel Rebel,” a love letter to his misfit tribe, he sang, “You like me and I like it all.”

More than anyone, Bowie enshrined imagination, playfulness and relentless forward motion as pop’s ­cardinal virtues. He taught that it’s not who you are that matters, but all the different people you could be.