“The greatest obstacle in creating new seasons of Central Park is living up to the quality of music in the previous seasons,” Josh Gad, Central Park executive producer, co-creator and voice of Birdie, tells Billboard. “When you have over 40 songs a year and a mandate to never let any of them feel like an afterthought, it is imperative to find the greatest collaborators who are willing and able to continue to break the mold and help us reach new musical heights in the process. This season, we not only matched our incredible season one & two output, but in my humble opinion, surpassed them.” 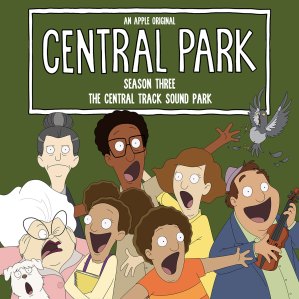 The series, created by Gad, Nora Smith and Bob’s Burgers creator Loren Bouchard, follows the Tillerman-Hunter family who live in Central Park and who try to keep crusty, elderly heiress Bitsy Brandenham from buying the park and turning it into mixed-use retail space. In addition to Gad, other voice actors on the series—all of whom burst into song—include Tituss Burgess, Kristen Bell, Daveed Diggs, Stanley Tucci, Kathryn Hahn and Leslie Odom Jr.

“It’s pretty cool that you can just click on something and hear Leslie Odom Jr. singing an original song by Ingrid Michaelson. Or Kristen Bell belting out a never-before-heard track by Sara Bareilles. Or Kathryn Hahn rapping a K-Pop track by Linkin Park’s Mike Shinoda. It’s all here! I am so proud to have worked on this season and I think people will really treasure it,” says Kelvin Yu, executive producer and showrunner.

The idea is for the music to elevate the storytelling, but also to stand on its own, adds Steven Davis, executive producer  and showrunner. “From Ester Dean to Regina Spektor to Emily King to Cory Chisel to Open Mike Eagle to Sam Shelton to Clipping, we wanted this season to feel like a mixtape made by us for you (to hopefully listen to over and over).”

Hollywood Records will release Central Park Season Three “The Central Track Sound Park” on digital service providers on Sept. 9 to coincide with the new season. It will include songs from the first three episodes with new songs released weekly.