Maluma is celebrating his three-year partnership with cognac brand Hennessy by releasing a special, limited-edition bottle on Thursday (Feb. 3).

The neon-hued Hennessy V.S.O.P bottle, designed entirely by the Colombian chart-topping artist — who becomes the first musician ever to design a limited-edition bottle for Hennessy V.S.O.P. — is a reflection of the singer-songwriter’s culture and roots.

“That was the most important thing for me,” Maluma, who partnered with Hennessy back in 2019, tells Billboard via Zoom. “That they give me the opportunity to come up with how the bottle would look. Not only because I’d be the first musician to do so, but because I wanted to tell my story with the design. If you look closely, you can see the buildings that identify my city, Medellín. That’s always been my plan, to take my city and my culture to a global level. I always want everyone to know where I come from.”

Jasmin Allen, senior vice president, Hennessy U.S., said in a statement: “Hennessy has a long history of championing and celebrating those who push the limits of potential, and Maluma’s journey is the perfect personification of our brand ethos.  With this collaboration, we continue our legacy embracing Maluma’s expansive perspective in this Hennessy V.S.O.P limited edition — where quality meets unapologetic originality.”

“I’ve always been a fan of regional Mexican music, of ranchera and mariachi,” he says about scoring a No. 1 on the tally. “Being on a Mexican chart in the U.S., well that’s a big deal. I always dreamt of that. When I travel to Mexico, it’s like being at home, I feel part of it, and I am very grateful to Grupo Firme for making this possible.”

Additionally, the “Hawái” singer will make his debut on the big screen Feb. 11 with Marry Me, starring alongside Jennifer Lopez and Owen Wilson. He’s also featured on the film’s soundtrack, which is set to drop Friday. Originally slated to be released in 2021, Maluma is eager for fans to see his acting chops in the rom-com. “I feel happy, I feel very proud. It’s the beginning of a new journey because I didn’t act before and doing it next to Jennifer and Owen, it’s such a big deal. I want to keep acting. I love it and it’s part of my art.”

The Hennessy V.S.O.P Limited Edition by Maluma design is now available nationwide for a limited time only. Visit Hennessy.com for more information. 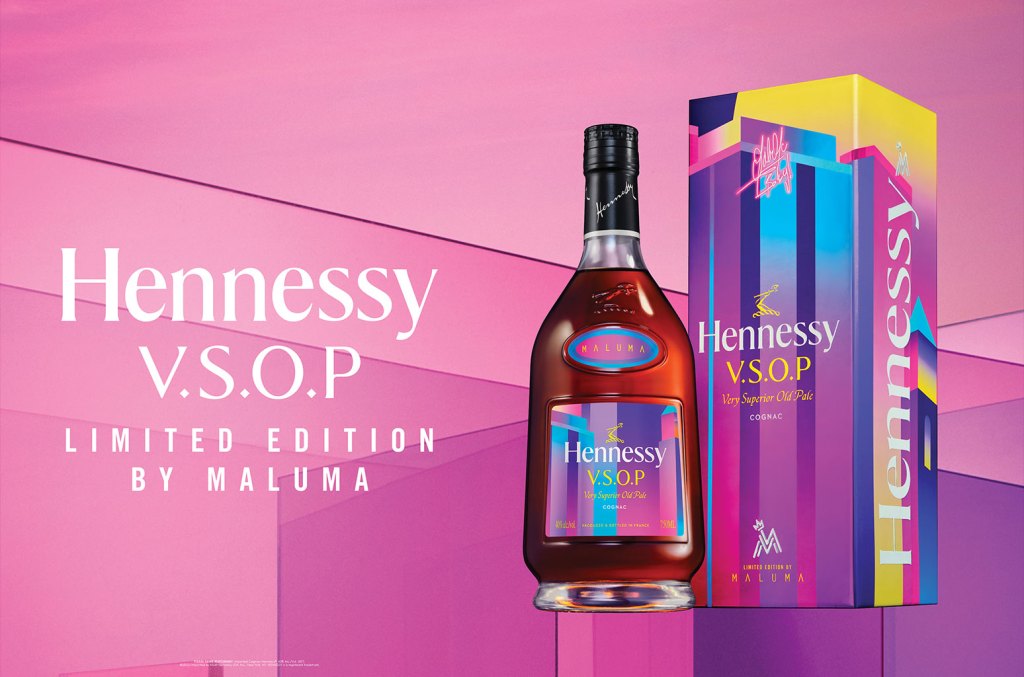