Junior H is hitting the road this summer with his $ad Boyz 4 Life tour, Billboard can exclusively announce. The Live Nation-produced trek is set to kick off Aug. 19 in Miami’s FPL Solar Amphitheater with stops in key U.S. cities such as New York, Dallas, Atlanta and Chicago. The 21-date stint will wrap up Dec. 18 in Los Angeles’ Microsoft Theater.

The tour is named after his 2021 chart-topping album $ad Boyz 4 Life, via Rancho Humilde, which debuted at No. 1 on the Regional Mexican Albums chart (dated Feb. 27, 2021), then securing the urban corridos and sad sierreño act his second leader and fourth straight top five on the tally.

“It’s an album that has really impacted my career and to see that it’s become a movement well that makes me feel so much joy,” the 22-year-old singer-songwriter tells Billboard. “The vibes for this tour will be super chill, we’ll be celebrating and people will get to enjoy my corridos. There will also be a lot of love for the morritas (girls).”

“We are thrilled to be the first to bring Junior H to stages around the U.S.,” said Jorge García, tour promoter at Live Nation. “We are proud of the relationship we’ve built with Rancho Humilde and strive to give talented artists like Junior H the opportunity to connect with loyal fans while reaching new audiences.”

Adds Junior H, “It feels really good to be backed up by a company that I’ve known about since I was a little kid. And to now be able to work together, it’s an honor.”

The Guanajuato-born artist is also currently working on a new album that he describes as the “most important” in his career with which fans will get to see another side of him. “It’s another genre but it’ll still be very me. The [new album] will take me to new heights,” he adds. 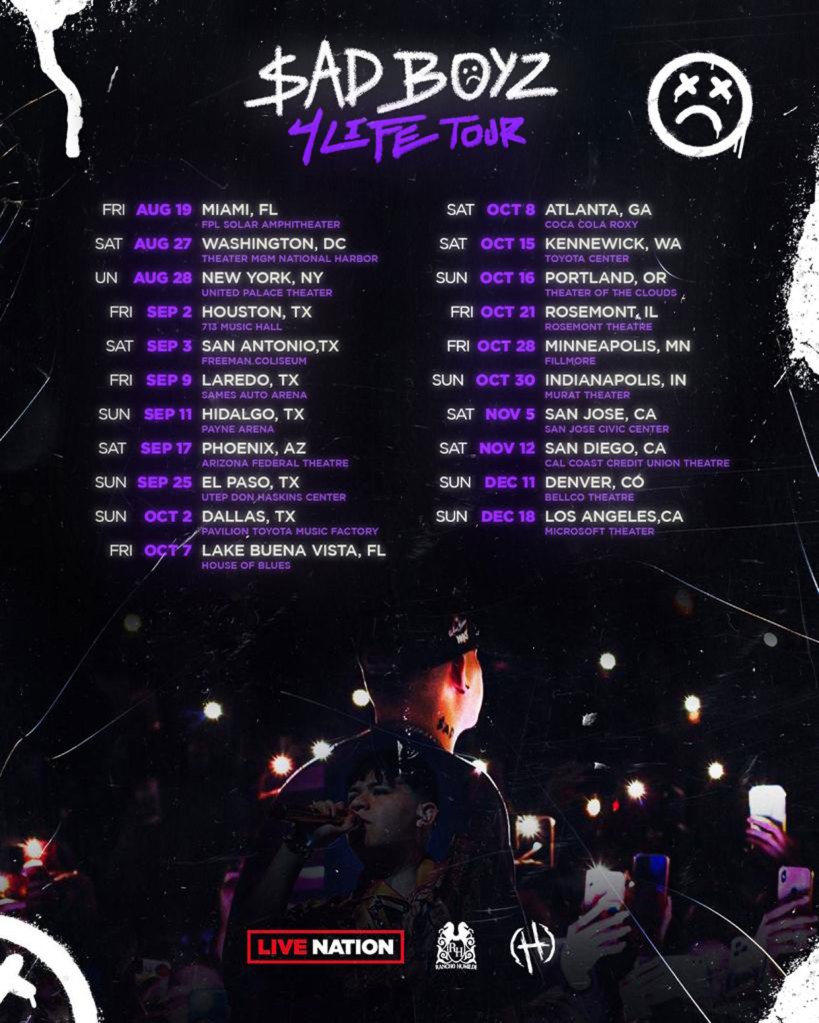