A new reggaeton and Latin trap festival, headlined by J Balvin, Ozuna and Wisin Y Yandel, is set to take place in Chicago during Memorial Day Weekend (May 28-29).

Every 2022 Concert & Festival That's Been Canceled Due to COVID-19

“We’re honored to work with the producers of Lollapalooza and Reventon to bring a premier Latin festival to Grant Park in Chicago,” said Aaron Ampudia of Baja Beach Fest. “Reggaetón is a massive genre, but remains underserved by live festivals in the U.S. We’re extremely proud to expand to the US and serve our community and everyone who enjoys Latin music.”

Reventon Promotions’ Enrique Medrano added: ​​”Over a decade ago, I started Reventon Promotions with a dream of bringing authentic and diverse Hispanic entertainment to Chicago. Now I am excited and proud to be part of the first Sueños festival, an event that celebrates the Hispanic presence in the city, in addition to being held in the iconic and representative Grant Park right in the heart of downtown. What better place is there for thousands of people from different Latin American countries to meet, share, and celebrate with artists of the likes of J Balvin, Ozuna, and many more.”

Sueños’ inaugural edition will be the first of two back-to-back reggaeton festivals set to take place for the first time ever in Chicago over the summer. The also new Más Flow three-day reggaeton fest — featuring headliners Don Omar and Ivy Queen — is confirmed for July 15 to July 17, and produced by Grass Root Events, a local production company.

Sueños and Más Flow join Chicago’s very own Ruido Fest, a Latin alternative music festival that launched in 2015, as the third and second Latinx music festivals to find a home in the Midwestern city, where Latinos are now the second-largest racial or ethnic group, growing by 5%  from roughly 779,000 in 2010 to nearly 820,000 in 2020, according to census data.

Tickets for Sueños will be available via pre-sale beginning Friday, Feb. 11, at 1 p.m. ET with the official on-sale launching at 3 p.m. at www.suenosmusicfestival.com. 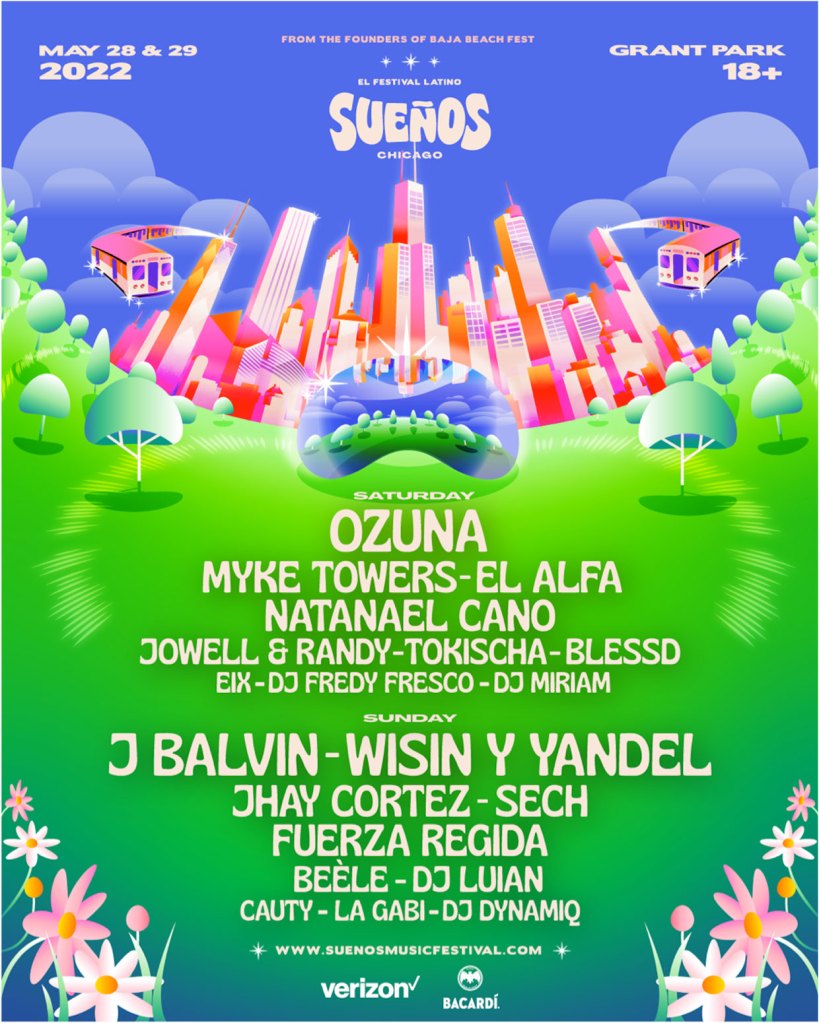