It will soon be 10 years since Jenni Rivera died in a plane crash over Mexico in December, 2012, but her presence still looms larger than life.

Now, new, never-released music she left recorded before her death will see the light of day, according to daughter Jacqie Rivera, who in January took over from her aunt Rosie Rivera as head of the Jenni Rivera estate.

“It’s definitely music in Spanish, it’s more than one song, and it’s regional Mexican,” Jacqie Rivera tells Billboard in her first interview since she took over her mother’s estate. “I think it’s very important that we tie in how she started, what [music] put her up there, and share that.”

The new tracks will be part of a full-fledged album of brand-new Rivera songs set for release before the end of the year. The set will include at least some of the 11 other unreleased songs that the Rivera estate found after Jenni Rivera’s passing, and will be released by Sony Music U.S. Latin. Several of the tracks will be produced by Sergio Lizárraga, the head of Banda MS and owner of Lizos music.

“It’s more than one song and it’s regional Mexican.”

Music in English is also on the way, although plans for those releases have yet to be finalized.

The music releases are the core of a series of actions that the estate is spearheading this year. Among them is a concert commemorating Rivera’s death — which will feature performances by her children, and which Jacqie Rivera describes as “a la Coachella” — and a long-planned biopic, which has long been discussed but is now firmly in the planning stages.

The moves signal a change of direction in the management of Jenni Rivera’s estate, which had been helmed by her sister, Rosie Rivera, since her death. Now, the reins have amicably passed to Jacqie, the second of Rivera’s five children. (The five are recording star Chiquis Rivera, Jacqie Rivera and Michael Marín from Rivera’s first marriage, and Jenicka and Johnny Angel, from her second marriage.)

All five siblings are now part of the estate’s advisory board and are actively involved in major decision-making, says Jacqie.

“The little decisions, I make them. For the big decisions, we all get together and we all vote,” she explains. “My little brother Johnny is working alongside with me, especially for the music. He’s always been involved in producing, and we’re working closely together. But we definitely need each other, all of us together, to really do it. There’s always meetings, phone calls, zooms. We’re all busy but we make it happen.”

“My mom was such a big part… she was our everything.” 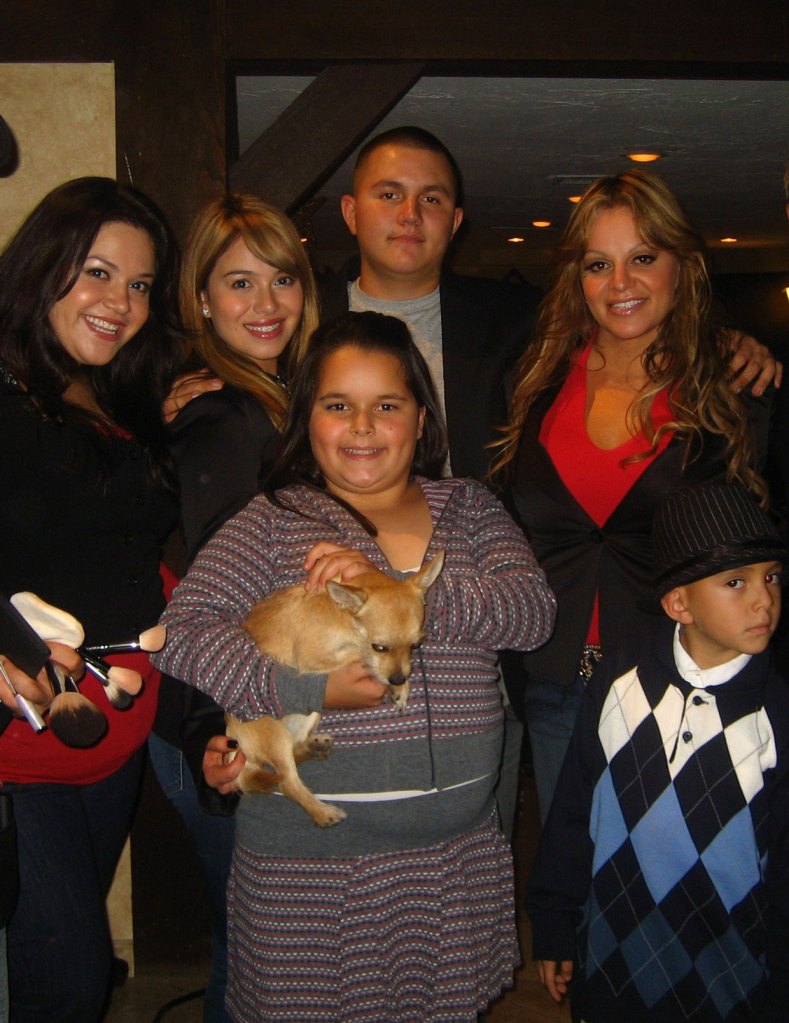 When Rivera died in 2012, at 43 years old, she was the single most successful woman in regional Mexican on the Billboard charts — with over 26 entries on the Regional Mexican Airplay chart — and at the pinnacle of her career. But she was also on the verge of much more.

She was on the verge of a major crossover, having become the first Latina ever to sign a production deal to star in her own TV series on a major U.S. network and about to have her own residency in Las Vegas. On the verge of a cinematic career, having played her first role in a major film, Filly Brown. On the verge of fulfilling her dream of becoming the “Latina Oprah,” with the continued success of her weekly radio show, Contacto Directo con Jenni Rivera. And on the verge of massive stardom in Mexico, following her stint as the most popular coach on season 2 of La Voz.

Perhaps most importantly to her, after years of being the sole provider for her family, she was finally finding the time to truly enjoy her children and her grandchildren. But her death left her children reeling. Only now, says Jacqie, does she feel ready to take control of her mother’s estate.

“My mom was such a big part…she was our everything,” says Rivera. “I don’t think any of us kids would have been ready to do this job because it’s a lot of work. For sure, I’m ready now.”

As part of the changes implemented since she took over, Rivera tapped Izabel Nicholas as general manager for Jenni Rivera Enterprises and Oswaldo Rossi has remained as the estate’s lawyer. Entotal Agency, the management firm headed by Jorge Sánchez and Tom Muzquiz with Pitbull as a partner (and whose client list also includes Raquel Sofia and Lupita Infante), is handling artist management.

“Being part of the Jenni Rivera team is an honor and a privilege,” says Sánchez, whose company started working with the estate in March, at the recommendation of BMI CCO Alex Flores. “Working with Jacqie and Jenni Rivera Enterprises represents a great experience due to her vision, respect and the enthusiasm. Jenni Rivera died in the prime of her life, and the music she left behind reflects this vitality. We have a great task ahead, with many and amazing releases plus other projects from one of the most important names and legacies in Latin music.”

It all amounts to an outpouring of material that would have made Jenni Rivera proud, says Jacqie, whose eyes brighten when asked what she thinks her mother would tell her if she could see her now.