Lately, Bad Bunny’s life has been moving at an accelerated pace. In 2016, the 23-year-old rapper (born Benito Antonio Martínez Ocasio in San Juan, Puerto Rico) was bagging groceries at a supermarket after dropping out of the University of Puerto Rico to pursue music. He worked and produced beats on the side for other local artists, and uploaded his own songs onto SoundCloud and YouTube. By this past November, he was performing with J Balvin at the Latin Grammy Awards, where the duo were nominated for their hit “Si Tu Novio Te Deja Sola” — one of 15 Bad Bunny singles to chart on Billboard’s Hot Latin Songs tally in 2017, raising sky-high expectations for his next release.

In the process, he has become one of the most recognizable faces of the burgeoning Latin trap movement and an architect of where it’s headed. Unlike the bouncing reggaetón rhythms that global audiences have learned to associate with Puerto Rico during the past decade (thanks to Daddy Yankee and Luis Fonsi, among others), Latin trap is more firmly rooted in staccato hip-hop beats, and its vocalists do more rapping than singing. Bunny’s deep-voiced, slurred delivery is instantly recognizable within the genre, which spun off of Atlanta-style trap music. “Trap is new,” he says. “It didn’t start yesterday, but when I was 5, it didn’t exist — not even in the U.S. I’ve evolved with the music.” 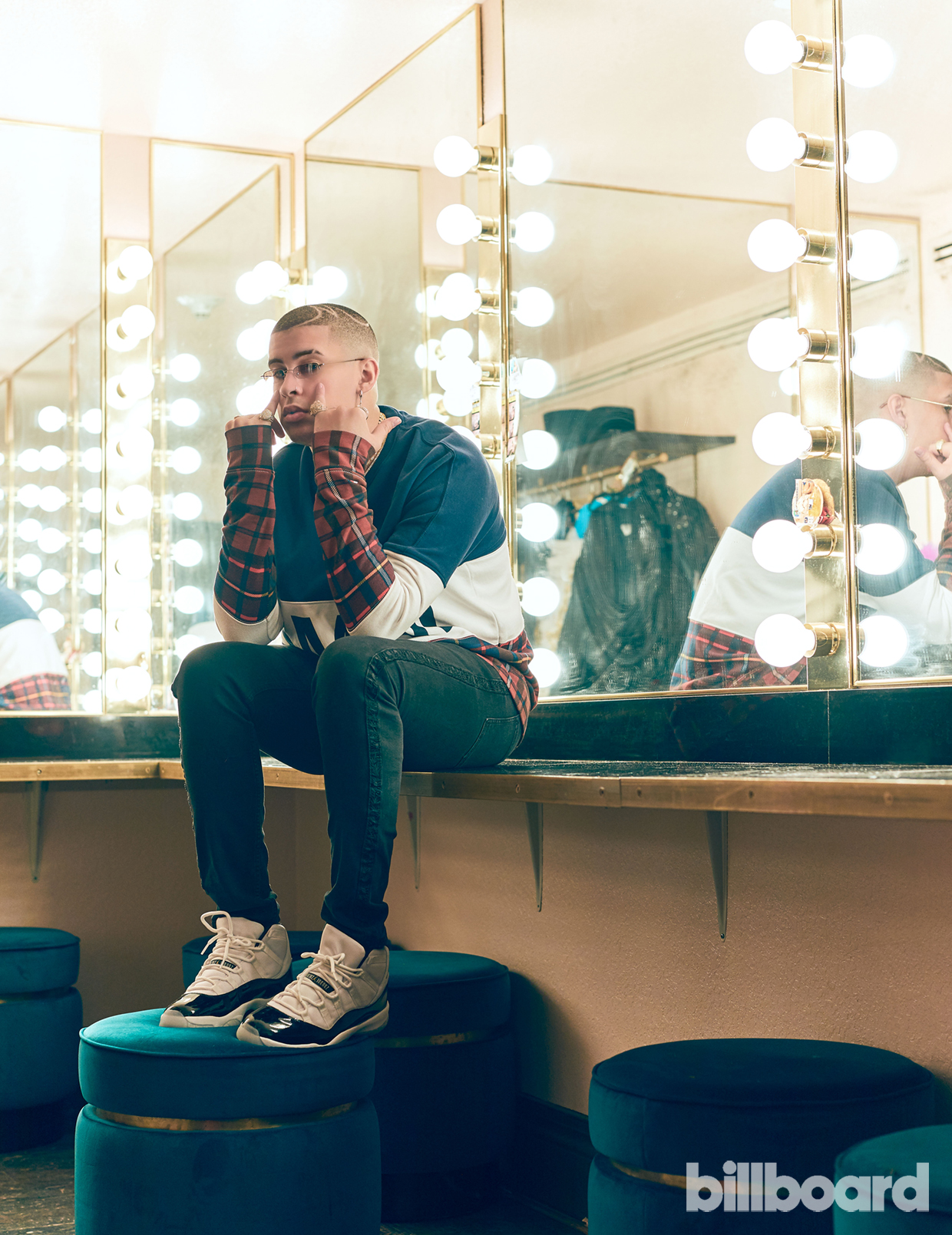 His rising fame led to a deal with a local label, Hear This Music, in 2016. He spent the next 18 months recording features with many of Latin music’s biggest names, including Wisin, Ozuna, Prince Royce and Daddy Yankee. Like Nicki Minaj early in her career, his verses have become hot commodities before he has released a full-length album. He plans to continue this pattern in 2018, releasing singles and features instead of devoting time to recording a proper LP just yet. “I don’t want to make an album in a hurry — it takes time,” he says. Since late 2017, he has hosted Trap Kingz, the first Spanish-language show on Apple Music’s Beats 1 radio, where he plays peers like Farruko, Noriel and De La Ghetto.

In markets like Miami and Puerto Rico, Bad Bunny says he’s frequently mobbed by fans. “The first time, you don’t believe it,” he says. “It feels good for people to know you — but sometimes you’re not in that mood. I like being comfortable at airports, in flip-flops with no jewelry on. Then someone asks you for a photo.”

He has spent a lot of time in airports during the past year. Running through a list of countries where he has performed recently — England, Italy, Switzerland — the bags under his eyes become more pronounced. Then he recognizes an old friend at the other end of the restaurant and breaks a smile for the first time. “I was in Memphis, then I went down to Peru. I got back and I’m working again,” says Bad Bunny when he approaches. “Doing what you love,” responds his friend. They slap hands goodbye, and Bad Bunny sinks back into his chair.