The 53rd annual GMA Dove Awards are set for Tuesday, Oct. 18, at Allen Arena at Lipscomb University in Nashville. TBN’s initial broadcast of the show will air three nights later, on Oct. 21 at 8 p.m. CT.

That timetable is much the same as it was last year.

Last year’s GMA Dove Awards were held on Oct. 19, 2021, at the same venue. Jonathan McReynolds and Natalie Grant co-hosted the show. The show aired three nights later on TBN and was simulcast on SiriusXM’s The Message.

The GMA Dove Awards are presented by the Gospel Music Association. The awards have been presented annually since 1969.

Founded in 1964, the Gospel Music Association serves as the face and voice for the gospel/Christian music community. The GMA produces the GMA Dove Awards, The GMA Hall of Fame Induction and Honors Ceremony, and the Immerse Conference. For more information on the GMA, visit gospelmusic.org. 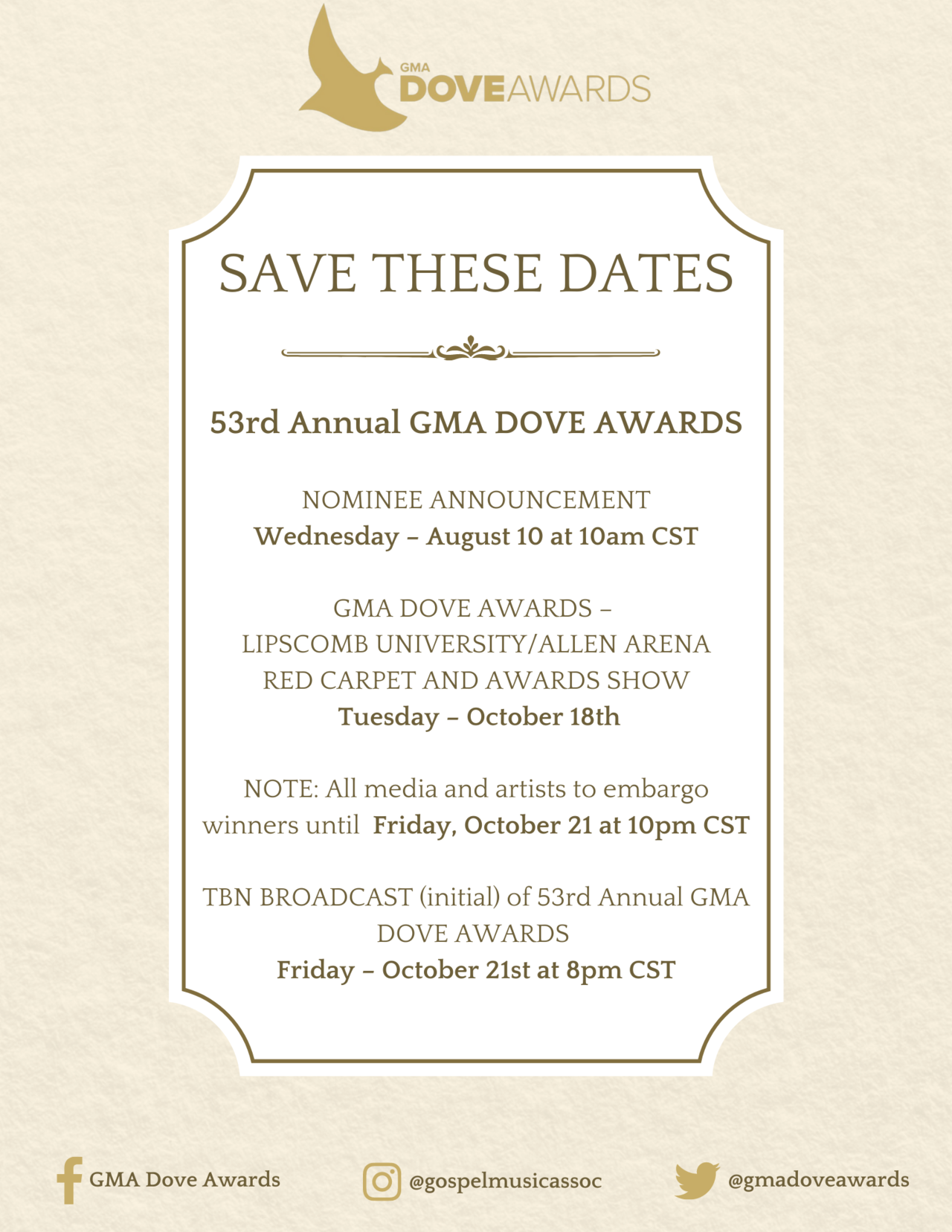