Several years ago, Atlantic Records president of A&R Pete Ganbarg noticed one of his young staffers proudly sporting a Velvet Underground T-shirt. But when Ganbarg asked his employee to name a member or a song by the pioneering New York group, he couldn’t.

Ganbarg quickly gathered some of the other young staffers and held an impromptu pop quiz: Who were the brothers in The Kinks? Who was the original lead singer of Van Halen? None could answer.

Selena Gomez & BLACKPINK Are 'Chillin' in New Photos Together

Right then, Ganbarg, who has a college degree in teaching, knew he had some educating to do. He began teaching a class about the history of rock and roll to anyone at Atlantic who was interested. The class quickly swelled to around 50 attendees. When he randomly ran into Carmine Appice in the airport, Ganbarg asked the Vanilla Fudge drummer if he would come address his class live. Iconic record executives Clive Davis and Seymour Stein followed. 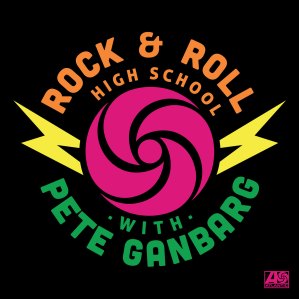 When the pandemic hit, the class became virtual and opened up to anyone working for the Warner Music Group. Last April, it turned into a podcast available on all streaming platforms, and the Rock & Roll High School With Pete Ganbarg podcast was born. The podcast, a co-production between WMG and Ganbarg’s Pure Tone Music, takes its name from the Ramones’ title song to the 1978 film Rock ’N’ Roll High School and licensed the song as its theme.

The guest parameters changed only slightly once Ganbarg’s interviews became a podcast and open for public consumption. “I don’t want to be super esoteric and inside baseball,” he says. “I want people to say, ‘Oh, I love Kenny Loggins’ or ‘I love the songs of Gamble & Huff.’” Guests can come from any facet of the music world, but “they have to be somebody who played a part in helping to create the history of contemporary music. So anywhere from 1955 to the present day,” Ganbarg says.

He relies on WMG’s content team to help with the podcast, but he conducts his deep research himself. “It’s not just research in a vacuum; it’s research to help me be a better A&R person,” he says.

Not that he needs much help. Among the acts or projects he has signed or shepherded at Atlantic are GAYLE, twenty one pilots, Halestorm, Jason Mraz, Brett Eldredge, Matchbox Twenty & Rob Thomas, and Icona Pop, as well as the original Broadway cast recordings of Hamilton, Mean Girls, Jagged Little Pill, Dear Evan Hansen and the movie soundtrack for The Greatest Showman. At Arista, the double Grammy winner conceived of and A&R’d Santana’s 30-times platinum worldwide, nine-time Grammy-winning album Supernatural.

Ganbarg, who has a personable and relaxed, but informed, interview style, patterned the podcast after James Lipton’s Inside the Actor’s Studio and Off the Record, a series of interviews the late Capitol Records president Joe Smith conducted with a number of music luminaries to create an oral history of popular music. Smith’s interviews are now housed in the Library of Congress.

Reaching back to some of rock’s pioneers gives Ganbarg extra satisfaction. “The fact that a lot of these people are getting older, I love that we’re able to actually record it and preserve it because I don’t know how long everyone’s going to be around,” he says. Though it was before he launched the podcast, one of his early interviews was with Woodstock co-founder Michael Lang, who died in January.

He’s also enjoyed the synergy that can come from the interviews. “I was interviewing Jimmy Webb for season 1 and he told me a story that the first time he ever heard ‘You’ve Lost That Loving Feeling’ he was so overcome with emotion that he almost drove his car off the road. He started crying and couldn’t see out the window. A year later, I’m interviewing Barry Mann, who wrote that song, and I get to tell him that story and he’s like ‘I never heard that before.’ So to be the conduit between some of these people is amazing.”

Ganbarg relishes connecting the dots for the listeners too — whether they are casual music fans or aspiring A&R representatives — and broadening their knowledge and enjoyment.

“I always said to my A&R team early on: If you’re signing somebody who is a singer-songwriter who grew up on their parents’ record collection [with] Tim Buckley and Phil Ochs and you don’t know who that is, you’re doing yourself a disservice,” he says. “Any artist that you’re talking to, you need to speak musically to them and you need to understand what came before Kanye West. He’s cool, but there’s more.”