Saweetie just inked an icy new deal. The “Closer” rapper, who received the 2022 Billboard Women in Music Game Changer award earlier this month, has been named the first-ever global cultural consultant at Champion.

The partnership was unveiled by Rolling Stone on Monday (March 14) along with the “Get It Girl” campaign featuring stylish T-shirts, biker shorts, leggings, sports bras and other items that female athletes can feel comfortable wearing, both on and off the field.

Doja Cat Rocked a Spacey Purse to the Billboard Music Awards: Here Are 10 Unique Bags That You Can…

“My relationship with Champion runs deep, as an athlete and lover of streetwear,” the Bay Area native said in a press release. “It’s been a go-to brand since high school! This campaign and partnership hit me on a personal level and I couldn’t be prouder to help all my sporty-icy girls out there feel empowered with self-love and confidence. When you feel good wearing Champion, the sky’s the limit.”

Champion and Saweetie also teamed up for the “Champion Circle” which spotlights a dozen diverse, female collegiate athletes from over seven colleges and universities around the country, including Saweetie’s alma mater, USC. Each member of the “Champion Circle” is featured in the campaign alongside Saweetie and outfitted in Champion gear. 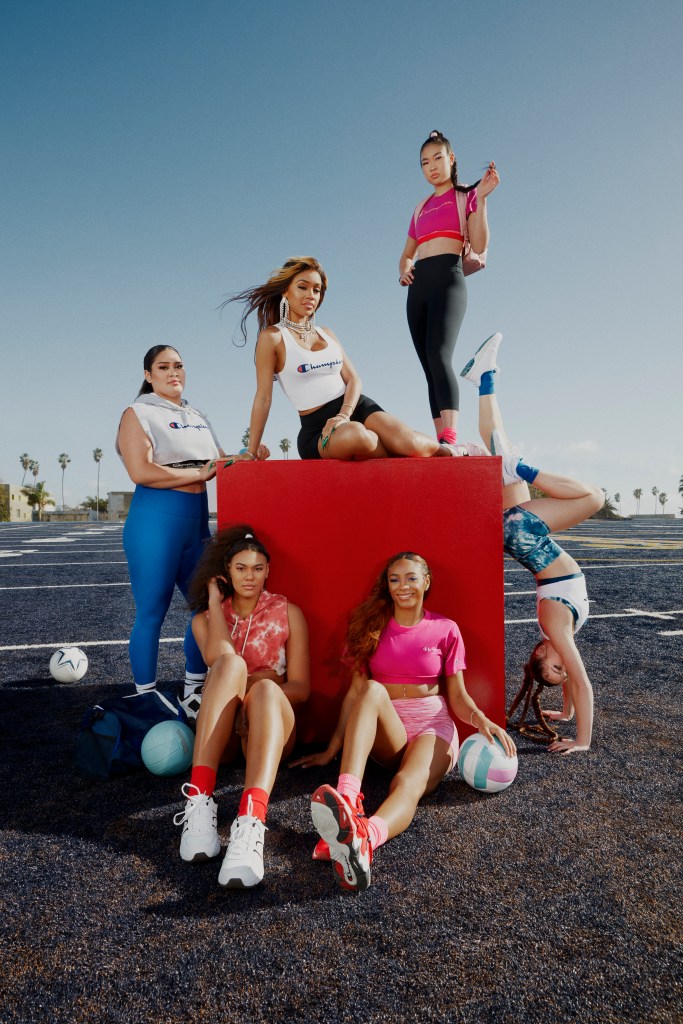 The inaugural 12 members of the “Champion Circle” will also receive a two-year Name, Image and Likeness (NIL) investment as official brand ambassadors, access to mentors and help developing their professional career interests within sports, entertainment, media and marketing.

Saweetie teased the Champion partnership on Instagram over the weekend sharing a clip of the campaign with the captioned “Working on my next play.”  The campaign was completed by a female-led production team and helmed by renowned director Hannah Lux Davis and famed photographer Leeor Wild.

“We’re proud to name Saweetie as our first-ever Global Culture Consultant to help empower women to be their own Champion,” noted John Shumate, Vice President of Global Marketing Champion. “Saweetie is an inspiration for self-expression and with her ‘Get It Girl’ anthem, we want to unite all women with Champion athleticwear solutions designed of everybody, every shape and every workout.”

In addition to linking with Champion and working on her debut album, the 28-year-old rapper became a brand ambassador for MAC cosmetics in January and released her own McDonald’s meal last summer.

Watch the “Get It Girl” campaign below.