The 4-inch Pop vinyl depicts MGK holding his signature bubblegum pink guitar with the words “I’m Selling Tickets to My Downfall” written across the front. Mini-MGK also sports the same haircut, accessories and outfit from the album cover: A black T-shirt with a long-sleeve white shirt underneath, black skinny jeans and white high-top sneakers.

You can pre-order the Funko pop vinyl at Walmart, Gamestop and Amazon. The figurine will be released on June 17, and retails for $12.99-$17.50, depending on the retailer of choice. Walmart’s exclusive Pop retails for $17.50, but it comes with a protective plastic case. 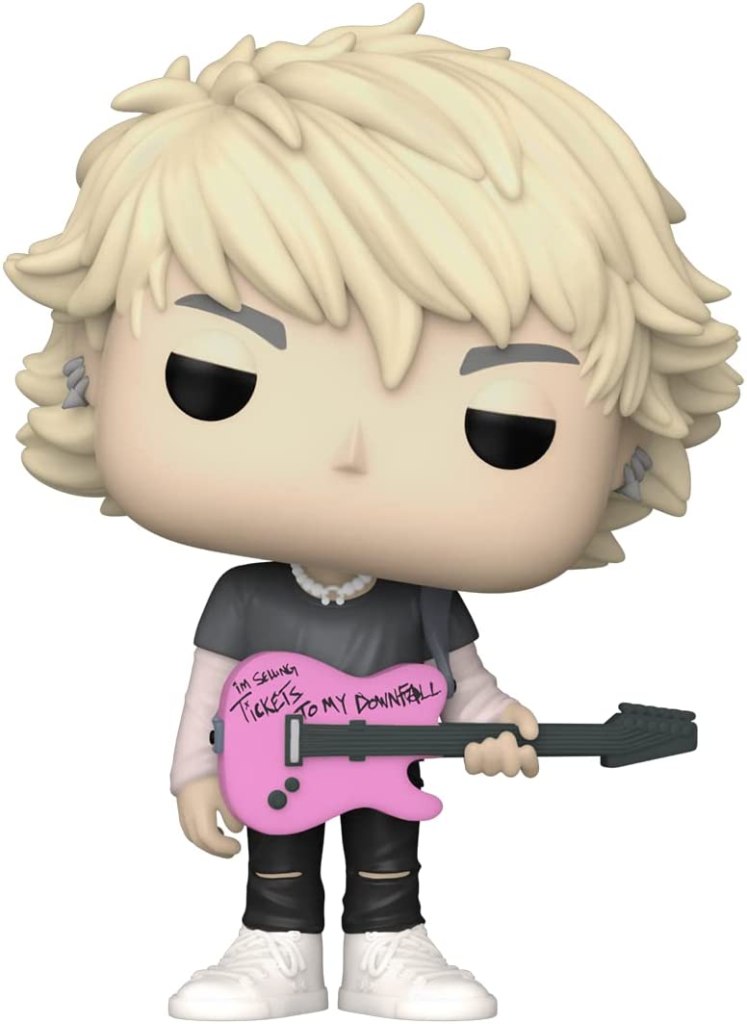 Tickets to My Downfall, MGK’s fifth studio album, was released in 2020 and debuted atop the Billboard 200 chart, becoming his first No. 1 album and his first platinum album. The LP spawned the singles “Bloody Valentine,” “Concerts for Aliens” and “My Ex’s Best Friend.”

Between music, movies and an impending wedding, MGK has a lot on his calendar. In January, the 31-year-old recording artist spoke to Variety about his new film Taurus, and the parallels between him and the character that he plays in the semi-autobiographical drama about a musician struggling with substance abuse, the pressures of the music business and turbulence in his personal life.

“With all of the drugs that I would do, with all of the strangers who have nothing but their own selfish interests in mind when, you know, giving me things or encouraging a downfall mixed in with my own self-inflicted will to sabotage myself. So that was not necessarily — it wasn’t even a character [in the movie]. That was just me getting a chance to actually be me.”

MGK stars alongside his real-life fiancée, Megan Fox, in Taurus. The movie debuted at the Berlin Film Festival in February.