Spring tech deals are coming in hot! Earlier in the month, Apple revealed the latest in a fleet of 2022 product releases, including the Apple iPhone 13 in two shades of green and the ultra-thin iPad Air 5.

Just over a week after its March 11 release date, the new Apple iPad Air has already received a slight markdown on Amazon. At press time, the iPad Air 5 was discounted $30, which knocks the price down to $570.

“Whether it’s a college student taking elaborate notes, a content creator working on their latest project, or a gamer playing graphics-intensive titles, users love iPad Air for its amazing performance and versatility in such a portable design,” Greg Joswiak, Apple’s senior vice president of Worldwide Marketing, said in a statement. “With the breakthrough M1 chip, Ultra Wide front camera with Center Stage, and ultra-fast 5G, iPad Air is now more powerful, more capable, and simply more fun than ever.” 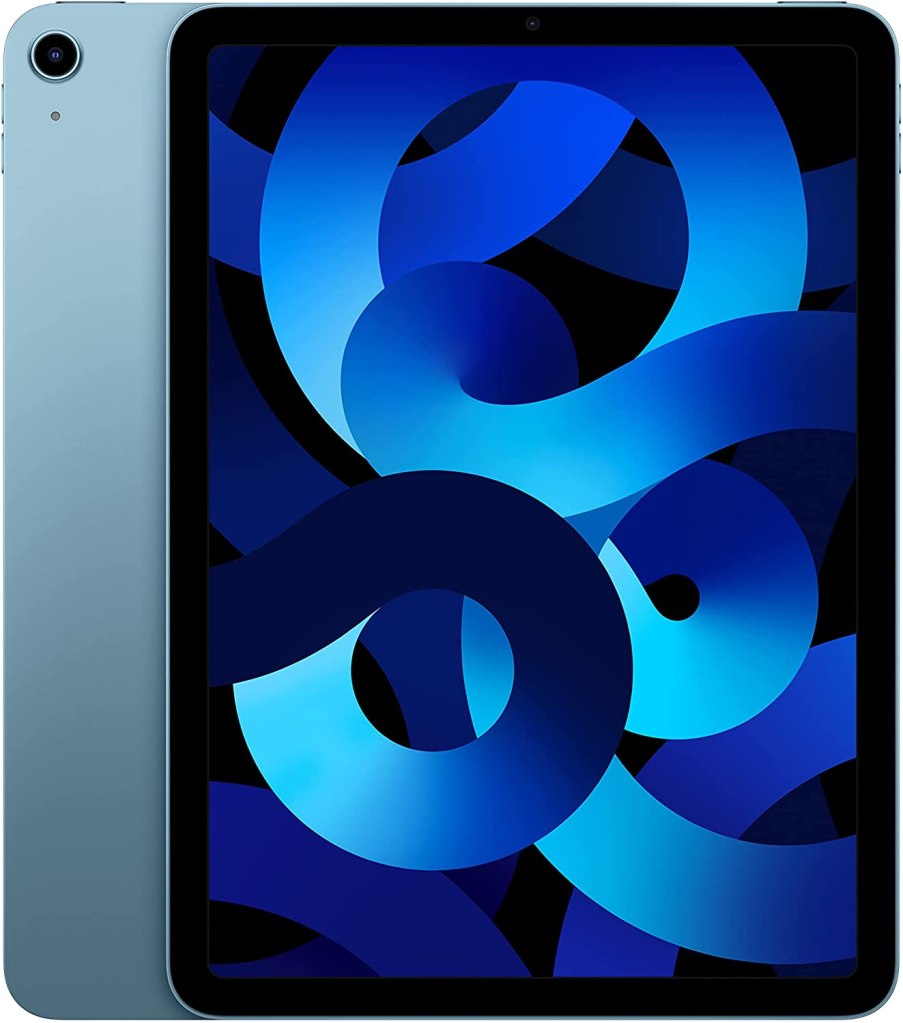 Powered by Apple’s breakthrough M1 chip, the slender device is equipped with a 10.9-inch Liquid Retina display with True Tone technology, up to 256 GB of storage (the discounted option is 64GB), an upgraded 12MP wide camera, 4K video recording capabilities, a faster USB port and 5G connectivity. The iPad Air comes in an array of colors including blue, pink, purple, space gray and white.

Last week, a Reddit user created a thread complaining about the extremely thin back plate on the iPad 5 compared to the iPad 4. Although several other users agreed, others noted simple solutions like using an iPad cover.

According to Apple, this fifth generation iPad has an 8-core CPU that delivers up to 60 percent faster performance and an 8-core GPU that gives you up to two times the graphics of the previous iPad Air.