You don’t have to win a Grammy to get your hands on special-edition items that will be gifted to this year’s winners. The Recording Academy and Bulova have unveiled the newest Automatic timepiece in the watch brand’s Grammy collection.

Released on March 7, the latest Grammy Automatic watch incorporates musical notes in its design aesthetic and elegant stainless-steel on the case and bracelet. The distinct, guitar-inspired case shape showcases 21-jewel automatic movement, a 42-hour power reserve and gold-tone open dial made of Grammium, which is the same material used for Grammy Awards. The Grammium alloy dial is surrounded by dark gray rings offering another distinct detail alongside a guitar-tuning peg shape crown and guitar-inspired markers.

First-time Grammy winners will receive a personalized Bulova timepiece engraved with their name and award category on the case back.

A perfect piece for music lovers and watch collectors alike, the luxury watch retails for $975 and features the iconic Grammy logo printed on the case back. The watch is also water resistant up to 100 meters. 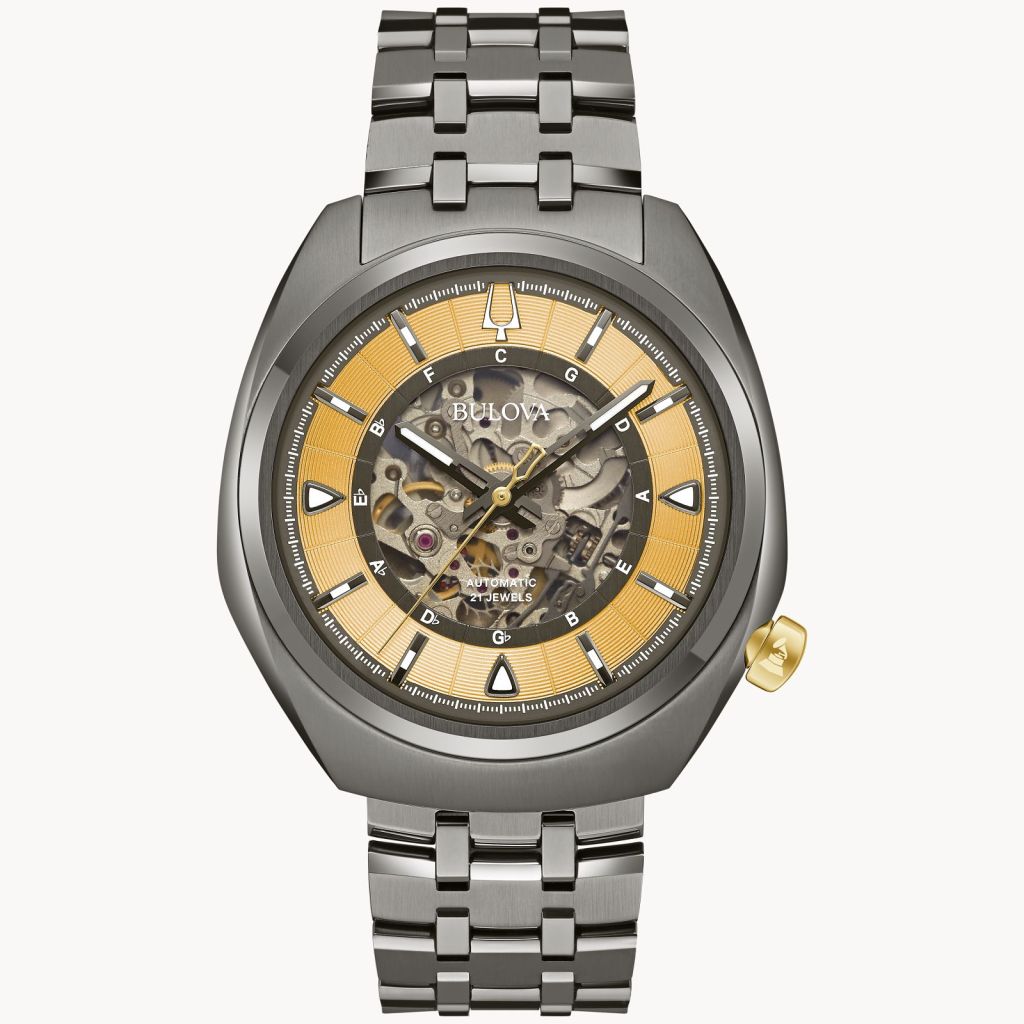 “We are delighted to partner with the Recording Academy once again as we continue to honor great achievements within the music community,” Jeffrey Cohen, president of Citizen Watch America, said in a statement. “GRAMMY artists reflect the ‘Bold at Heart’ spirit that the Bulova brand champions and pursues every day, making sure tradition and heritage are constantly original yet innovative.”

For more Grammy-related timepieces, check out Bulova’s Automatic watch in black, which is on sale for $680 (regular $800). Other additions to the Grammy watch collection include the Precisionist Special Grammy edition watch available in stainless steel ($425) and gold ($798), or the sleek Latin Grammys Gemini watch (currently on sale for $396).

This latest watch release coincides with the debut of Grammy Rewind, a digital content series highlighting some of the most memorable moments from the awards show vault, including previous Grammy winners such as Marvin Gaye, Cyndi Lauper, The Roots featuring Erykah Badu and Pink. The weekly series, which kicked off on March 11 on the Recording Academy’s social media accounts will continue up to the big show.

The 64th annual Grammy Awards will broadcast live from the MGM Grand Garden Arena in Las Vegas on Sunday, April 3, at 7 p.m. on CBS and Paramount+.