Since 2003, Montreal-based art director Emy Storey has designed hundreds of apparel items for Tegan and Sara, fun., Maggie Rogers, Leon Bridges, The National, First Aid Kit and more. The key to her success? Respecting the audience — “It doesn’t matter if you think the t-shirt is really cool, it doesn’t necessarily mean people are going to buy it,” Storey says — and making sure her clients understand the value that a robust merch business can add to their brands.

“If you’re a musician, you’re providing all of these different elements for your fans to appreciate, to listen to, to look at,” she says, “and merchandise is one of those things, too.” Here, Storey, the founder of graphic-design studio Storey Elementary, shares her tips for designing merch that looks good and sells great. 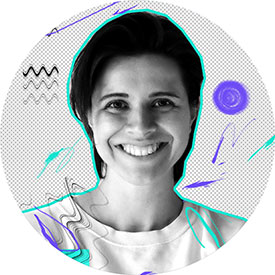 Not long after she began working with Tegan and Sara, Storey started manning the merchandise table at shows each night, selling T-shirts directly to the duo’s fans — often without attendees knowing she was the designer behind them. As she listened to them bluntly discuss opinions and preferences, Storey learned a lot about what they look for in merch. Now she encourages bands to do similar research into what their own fans like.

“Think about the psychology of it,” she advises. “The colors, where the design is on the shirt — what is the audience looking for? Is it a band where people want to see their faces, or are slogans more appropriate? If you’re a metal band, are people expecting the shirts to be in a particular style?”

2. Build Your Own Focus Group

Before you giddily run off hundreds of your prettiest designs, consider showing prototypes to friends or members of your team. Storey suggests making a mock store with a dozen or so options and asking friends to pick two favorites. “It shows you a lot,” she says. “I’m a total environmentalist and really encourage bands not to make landfill fodder.”

To better assess fans’ appetites — and to keep extra stock to a minimum — Storey recommends trying a preorder system. “That can be a good way to gauge interest in a product and not be wasteful about it. Fans know what to expect, and you know how many to make.”

Ask A Gay Icon: 10 LGBTQ Artists Get Career Advice From Their Heroes

3. Make Your Web Store Work For You

Right now, it’s basically impossible to sell merch on tour, but that doesn’t mean sales are finished. Opening a web store for the first time? Storey suggests working with a merchandising company that can print your shirts and build a user-friendly interface, like The Cardboardbox Project. “You have to think of the whole package of the buying experience,” she says.

Good product photography is also key, even if it’s shot without professional equipment. “One thing that I’ve done with quite a few bands now is a casual photo shoot of them in the merchandise — fans love to see the band in the merch,” she says. “Or do a look book, which can show how a product hangs on a human body. It doesn’t have to be crazy expensive — it can be selfies — but it helps them envision the product more. The more pictures, the better.”

Storey has designed everything from scarves and gym bags to baby clothes and baseball hats, but there’s a time and place for full collections. Reserve big merch drops for a major event, such as a new album release, a tour or the release of a big single or video — times when “there will be a much higher volume of sales,” Storey says.

Holidays are usually the biggest sales period of the year for her clients, so she likes to design new items for artists for the season as well. And if a band has been quiet for some — whether they’re off cycle or just hunkering down during quarantine — special runs can keep fans engaged: “Have one design, put it out and say, ‘It’s limited edition, we’re only making 50 of them, you have to buy it in the next month.’”

5. Always Do The Math

Be smart about limited quantities, however. Most merch manufacturers set a minimum order size, often around 120 or 150 pieces of a particular design. At that point, a t-shirt might cost around $5 to manufacture, Storey says, but if a band opts for a smaller run that comes in under the minimum, the per-item manufacturing cost could be double that — which can greatly affect profits.

She also stresses that bands need to consider the other parties that take a cut. “When someone’s selling your merchandise for you online, they take a percentage of that,” she says. “When bands sell on tour, management takes a percentage, a lot of times the label takes a percentage, and the venue takes a huge percentage, even though they don’t do anything. They set up a table for you, and they still want 20% of your overall sales.” That’s why paying attention to price breaks is so important: “If you know you can’t charge more than $30 a shirt, and you spent $10 on it, and you’re giving 20% to the venue and 20% to your management, you make nothing at the end.”

“You can’t just take a thing and slap it on a t-shirt — you have to study t-shirts,” Storey says. Most shirts are silk-screened, and different techniques have different price points; a single-color print is naturally going to be much cheaper than a complex, colorful design.

There’s also the quality of the blank shirt itself: “There are always new brands to buy from, so you just have to experiment,” she says. “Looking at samples is great, but don’t go for whatever’s cheapest just to have a higher profit margin. Think about what’s going to feel wearable because that will be the shirt the person wants to wear over and over again. It’s a piece of clothing, but it’s also promotional — it has your band name or album on it, so the more they wear it, the more you’re getting your band’s information out there. You want it to be a really good product.”