But it’s all worth it, stylists say, for the moment when an artist steps out in clothes that make them feel invincible. Here, three wardrobe experts — Law Roach, Kyle Luu and David Thomas — recount the work that went into some of their most memorable looks for pop’s best and brightest. 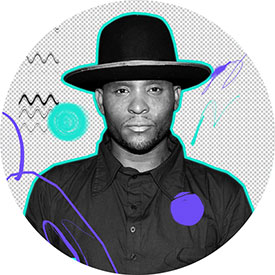 There wasn’t any conversation about direction with Céline [when we started working together in 2016]. The world already had an assumption about her, but our first fitting in Paris — which lasted five or six hours — was when I truly understood who she was. She tried on every single thing in the fitting, and the things she gave the most non-verbal cues about were the wild cards. It was an a-ha moment.

I had the Vetements Titanic sweatshirt for at least a week before I showed it to her. It was sold out, so I had to get it from the Vetements archive. I thought it was cool, but that was the only time I’ve had a little bit of hesitation with her. I didn’t want her to think it was too campy or too cliché — but now we all know Céline is the queen of camp! 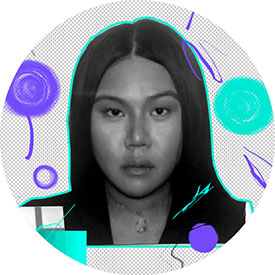 Anytime we start a project with Solange, we get on the phone or discuss things over text, so things are really thought out. It starts with a bunch of reference images: Maybe it’s a performance art piece she saw, maybe it’s a sculpture or a weird pattern. There’s a lot of prep work that goes into styling. It’s researching art history, films — everything but fashion. We never really reference other fashion imagery when we’re doing conceptual storytelling.

A look stands out when you’re just telling your story authentically. We never go out expecting to be on best-dressed lists — I think that’s too much pressure to perform, and it’s kind of an old concept. If we feel passionate and feel 100 percent about it, we go with that. We’re not trying to blend in. We’re not trying to follow a trend or start a trend. We’re just living our truth, and that’s what we do every day as queer and trans people. That’s what Black women do every day. That’s how we choose to stand out. A lot of people have a hard time doing that because of social norms about what people consider to be normal or cool. But when we’re bringing what we live by to whatever medium we’re working on? That’s what makes our voices stand out — that’s what makes our imagery pop. 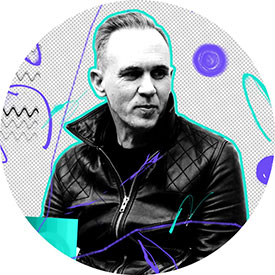 When you’re on a job, you are literally auditioning for your next job. I was living in London and styling an artist called Craig David, who had done a song [“Rise & Fall”] that sampled Sting. He got Sting to sing his part in the music video, so they asked me to style Sting for that, too, and that’s how I started working with him.

When you’re doing a bunch of awards shows, you want to pace yourself so there’s a distinction between what you’re doing for each. Maybe it’s more appropriate that you wear a traditional black tie for the Oscars, but for the Grammys, we wanted to do something a little more rock’n’roll, a little more out there. Sting always had been a Jean Paul Gaultier fan, so we came up with doing the kilt. He’s kind of fearless when it comes to fashion and the way he presents himself as an artist, so it felt believable — which is essential, I think, if you’re going to put a man in a kilt on the red carpet.

Then we had to put the whole outfit together. We decided on a suit jacket because very often a kilt is worn with a cropped jacket. But I didn’t want it to look costumey, so we decided to go dark on the socks and shoes, which is not traditional if you wear a kilt. Nothing was really working for a shirt, so in the end I went to a shirt-maker in Beverly Hills called Anto — they’ve made shirts for Frank Sinatra and the Rat Pack — and they made a navy chiffon tuxedo shirt that was kind of see-through and had ruffles down the front. That was what made the outfit complete.

On the red carpet, the look was kind of polarizing. But an agent saw that Grammys look and tracked me down: “If you styled Sting, I want to represent you.” That’s how I came to live in Los Angeles. So that Craig David video was a Sliding Doors moment. Part of you is like, “Oh my God, another person to dress? I haven’t got any time.” Another part of you is like, “Oh my God, what an opportunity!” I try to always say yes — you just don’t know where it’s going to lead.