Just four years ago, Brittany Howard, the 26-year-old singer and guitar ace for the soul-rock crew Alabama Shakes, was working 12-hour days at the Athens, Ala., post office, dreaming of a career in music. “I was like, ‘Please, God, let me quit my job,’ ” she says with a cheery dose of Southern drawl. “‘I’ll do whatever it takes to never work again.'” 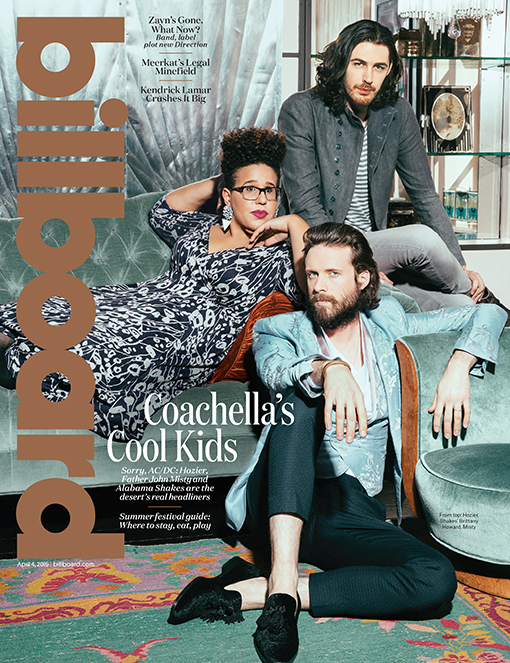 Since then, her prayer has been answered, and then some. Fueled by the Shakes’ 2012 single “Hold On” — 11 million YouTube views and counting — and legend-making live shows, Howard has rocked Saturday Night Live (twice), wowed the all-star audience at a Grammy tribute to Levon Helm (her verse on “The Weight” came close to blowing Elton John off the stage) and elevated festival crowds from Bonnaroo to Glastonbury. Now, alongside bandmates Heath Fogg (guitar), Zac Cockrell (bass) and Steve Johnson (drums), Howard is primed to bring the show to Coachella for the first time. “Sometimes I don’t know what to say to 100,000 people at once, but it sure is cool to look at them,” she says.

Growing up in a small town — she now splits time between Athens and Nashville — wasn’t always easy for a tall (now 5 feet, 10 inches), biracial (her father is black, her mom is white) young woman with quirky tastes. Her future life started to come together when she met Cockrell in high school — they bonded over Led Zeppelin and The Ramones, and began making music together. After all, there wasn’t much else to do. “If you want to do something,” she says of her hometown, “you make up something.”

At Coachella, expect many tunes from the Shakes’ second LP, Sound & Color (out April 21). The disc finds the act’s Southern rock sound spiked with added compositional complexity, which came in part from Howard’s love of instrumental music by soul-jazz composer David Axelrod and soundtrack king Ennio Morricone. “But it’s not too far out,” says Howard. “We could have gotten a full orchestra. But that’s not what we’re about. We’re about keeping it simple, keeping it classy, and keeping it tasty.”