Remembering Prince: The Greatest Musical Talent of His Generation

Sheila E., Jimmy Jam, Mo Ostin and Tracy Morgan (among others) reveal the inside stories and alchemy of a once-in-a-lifetime star.

Mourning has no sense of priorities. When an artist's achievement is as complex as Prince's was, trying to assess his huge legacy is undone by recognition that now everything is in the past tense: that panoply of scorching and/or aching grooves, the Jimi Hendrix-meets-Keith Richards guitar fused with a voice able to switch from angelic to devilish quicker than Charlie Chaplin wiggling his mustache, the pansexual Pied Piperism and belief that all life is a doomed but exciting revolt against death, the effrontery and wit of the whole ­project even after he had been at it for decades. But every appreciation has to start somewhere. 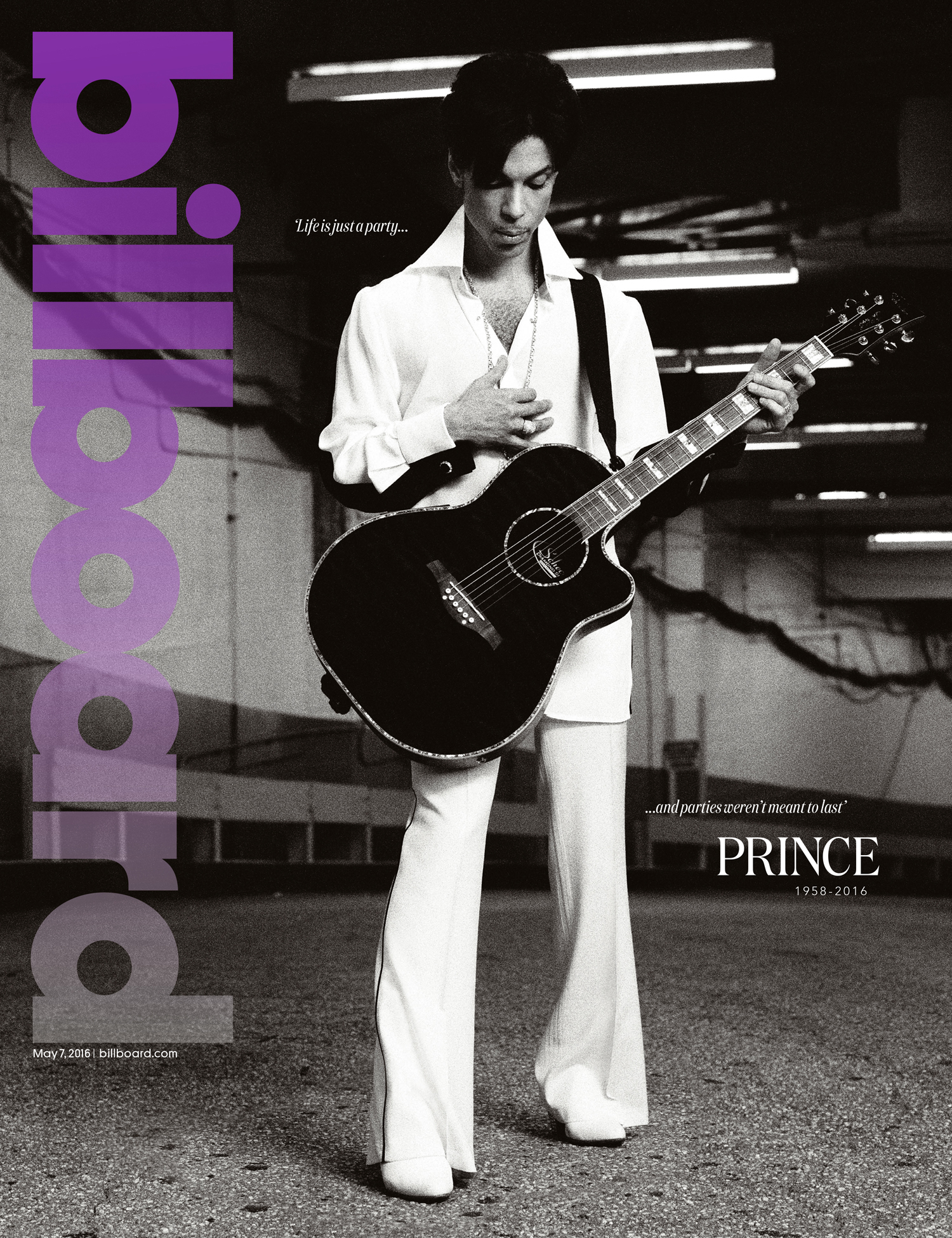 So let's start by trotting out that overused word "unique" and remembering how, um, uniquely true it was. The Beatles were competing with similarly derivative -- just less alchemic -- U.K. bands before anyone stateside heard of them. Bob Dylan was the star pupil of a bustling New York folk scene. Getting closer to home, Michael Jackson and Stevie Wonder were both nurtured from boyhood on by Motown before ­individuating themselves, and James Brown had learned everything there was to know about R&B from years of gigging by the time he chose to announce to the world that he was James Brown. Nobody and nothing hatched Prince except Prince Rogers Nelson's desire to be Prince.

He emerged from no context that most white rock fans could recognize. That was especially true of the hipsters who had spent the late 1970s too excited about The Ramones and Sex Pistols to listen to black radio, leaving them unaware that 1978's For You existed or 1979's Prince had gone platinum. As a result, 1980's insanely ­salacious, musically irresistible Dirty Mind, when he began to not only create his own context but make it undeniable -- starting off frisky with the title tune, then going ­stratospheric with "When You Were Mine" -- burst upon such newbies like a Christmas gift from another planet. This 22-year-old spawn of funk, porn, Sly Stone, Al Green, Hendrix and God or Berry Gordy -- in reality, the child of a piano-playing dad and jazz-singer mom who wrote his first song at age 7 -- knew what was innovative at a whole other level.

On the flip side, he also was a welcome reminder that outrageous eroticism hadn't been exactly irrelevant to the frenzies that Elvis Presley and Little Richard were ­provoking not long before he was born. As critic Robert Christgau wrote of Dirty Mind, "Mick Jagger should just fold up his penis and go home."

A Look Back at Prince's Quirky, Idiosyncratic Paisley Park Records

No matter how absorbing a lot of Prince's later output was (and prolific -- we'll be ­sorting out the gems from the curiosa forever), the '80s were his signature decade. Its title track aside, Controversy was a relatively weak follow-up to Dirty Mind. But then came 1999, a virtual ­encyclopedia of Prince's quote-unquote ­maturing ­concerns: nuclear apocalypse, sex, religiosity, sex, ­unspecified but sexy ­revolutionary impulses and sex. It also was a musical statement so ­purposeful and gleeful that practically everyone else this side of Michael Jackson or Madonna -- in so many ways, Prince's female doppelganger, though by no means his equal as a composer -- sounded like yesteryear's news by comparison.

Little did we know that 1999 was a mere ­preliminary diagram for Purple Rain, which outdoes even Thriller as a triumphant fusion of newly defined persona, game-changing pop outreach and purely gorgeous music. Among other breakthroughs, after playing ­virtually every instrument on his first five records ­himself, he had a flesh-and-blood backing band adding expansiveness and warmth. (Not to mention onstage variety, since The Revolution was ­probably the most racially and sexually ­integrated outfit since Sly & The Family Stone were filling stadiums.) The soundtrack to a movie (not his last) whose existence amounted to an act of impudence -- why wait for someone else to play you in Prince: The Early Years when, at age 26, you can do it yourself? -- Purple Rain always will be the album of his that most intensely focuses his fans' grief at what they've lost. It's the one that has got everything from his greatest party song ("Let's Go Crazy") to his greatest lament ("When Doves Cry") to his greatest love-in-the-time-of-apocalypse anthem (oh, guess). He could have folded up his genius and gone home right there.

The Inside Story on Designing Prince's Paisley Park: Exclusive

Thankfully, he didn't. In fact, this was the era when the "lesser" Prince songs he ­generously let other people make famous, from Sinéad O'Connor's "Nothing Compares 2 U" to The Bangles' "Manic Monday," would have wound up on any less gifted tunesmith's greatest-hits album. In spite or because of his being a fairly renowned control freak, generosity was the ­keynote of the multiple side projects he ­undertook as well: enabling Sheila E., sponsoring Morris Day's The Time, giving P-Funk's George Clinton a new base of operations at Paisley Park. Basically, he behaved the way the rest of us like to imagine we would after winning the lottery.

Even so, we almost got used to him for a while, as if that could ever stay true for long. His next two albums delivered hits (Around the World in a Day's "Raspberry Beret," Parade's "Kiss") and forays into new musical modes -- ­psychedelia, most notably -- without feeling epochal. Then came Sign O' the Times, another double-disc summing-up of everything he had been fooling with -- new ideas, new costumes, and you couldn't always tell the difference -- that plenty of critics consider his peak. But death is when fans, not critics, get their say, and "If I Was Your Girlfriend" isn't choking them up right now the way "Purple Rain" and "Little Red Corvette" are.

Even before he became a Jehovah's Witness in 2001, his cosmic slop had its goofy side. But you didn't need to buy his philosophy of this thing called life to find the way he expressed it visionary. Prince's seeming eccentricities were often the canny ploys of a superstar out to remain master of his fate while making himself unforgettable, including the hieroglyphic alias he adopted in 1993 to screw up Warner Bros.' control of product issued under his name. If his battles with his label not only affected but ­sometimes outloomed The Artist Formerly Known as Prince's often motley releases for much of the decade, note the perfect ­confidence of an artist for whom even decades are temporary.

Only hip-hop's ascendancy made him seem, if not old -- he never was that, and now never will be -- than a mite grumpily usurped. It's the only African-American pop genre he never embraced or mastered, maybe for the obvious reason that it's the only one that postdated his stardom. Since his albums no longer produced hits, he focused instead on reminding us of his greatness in concert, with marathon shows so ­spellbinding they made white boys like Bruce Springsteen seem stingy. James Brown would have approved.

Nonetheless, I can't be the only one whose attention to the man's every move had faded somewhat until he decided to stun the ­biggest audience he had ever had at the 2007 Super Bowl, uncorking the most intransigent ­halftime performance in its history. Because Prince took care to purge his songs and videos from the Internet (with the notable ­exception of Tidal's streaming service), that show was one of the few clips fans could share on social media after his death, but it's as good an ­epitaph as any. Warned by production designer Bruce Rodgers that he would be performing in a dangerous downpour, Prince instantly asked, "Can you make it rain harder?" He always did, and his death is the hardest rain of all.