From History to Biographies, Here Are the Best Books About Jazz

If you purchase an independently reviewed product or service through a link on our website, we may receive an affiliate commission.

The release of the Lee Daniels' Hulu Originals film, The United States vs. Billie Holiday, has inspired new and longtime jazz enthusiasts to learn more about the musical geniuses behind their favorite records. Some of the best books about jazz don't just chronicle the genre's history in the 20th century and beyond — they also pull back the curtain on the legends who built the musical style and the oft-heartbreaking stories that fueled their every note and melody.

Whether you're lean towards East or West coast styles, bebop, ragtime, or avant-garde sounds, we've rounded up some of our favorite jazz books that will deepen your appreciation of iconic musicians and encourage you to pick up new albums (or rediscover old favorites). In no particular order, check out our top picks below, from must-read autobiographies to photography-packed coffee table books.

How to Watch 'The United States vs. Billie Holiday'

History of Jazz by Ted Gioia

Widely considered as a definitive primer on jazz, this comprehensive history by pianist and music historian Ted Gioia will take you on a journey from the Mississippi Delta to New Orleans to Chicago and beyond. This essential book doesn't just cover the genre's greatest musicians, but also the pivotal moments and places where past and present legends such as Louis Armstrong, Miles Davis, Duke Ellington, Kamasi Washington, and Esperanza Spalding made their marks.

The third edition shines a light on the women who "shaped the genre... and traces the recent developments that have led to an upswing of jazz in contemporary mainstream culture." 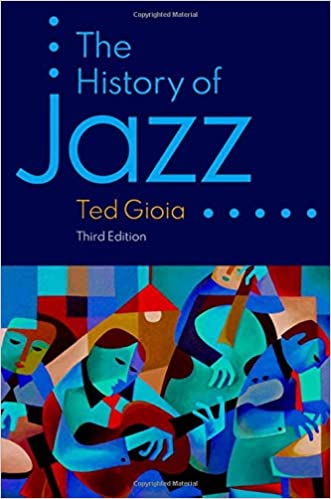 From overcoming his drug addiction to racism in the music industry and beyond, jazz legend Miles Davis doesn't mince words in his 448-page autobiography, co-written with journalist Quincy Troupe (who wrote his own memoir about his friendship with the musician). Even the most ardent Davis fans are well aware of his Jekyll and Hyde-like persona, and the trumpeter is unapologetic in recounting his failed marriages (and openly admits to abusing his wives) as well as stories about those with whom he shared no shortage of stages (including Thelonious Monk, Charles Mingus, Charlie Parker, and Dizzy Gillespie, among others). It's accompanied by 32 pages of photos as well as a brief discography. 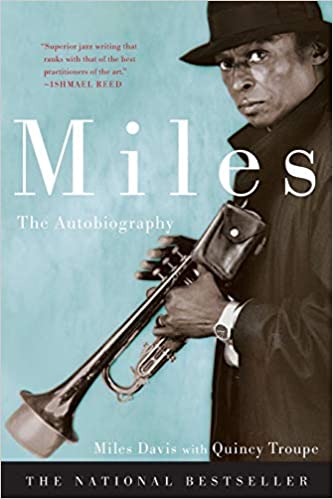 Jazz: New York in the Roaring Twenties by Robert Nippoldt

This award-winning illustrated book by graphic designer Robert Nippoldt explores the Roaring Twenties and the jazz explosion in New York, where Louis Armstrong and Duke Ellington filled Harlem nightclubs. The coffee table book shines a light on 24 legends of the genre (including Bessie Smith, Bill "Bojangles" Robinson, Benny Goodman, and many others) and combines illustrations, anecdotes, and intel of the Big Apple's jazz scene, offering a vibrant view of some of the most brilliant recording sessions, "band battles," and more. The 144-page tome is accompanied by a 20-track CD featuring the artists highlighted in the book. 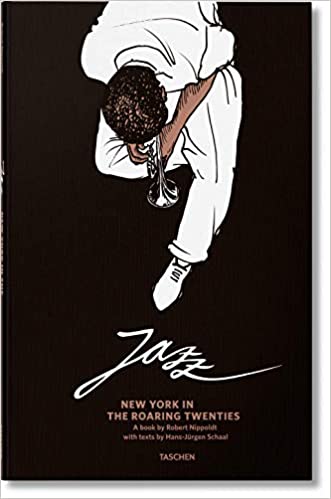 One of the best books about Billie Holiday is by Lady Day herself. This 50th-anniversary edition of Lady Sings the Blues features a foreword by music writer David Ritz, additional photos, and an updated discography, and lays out Holiday's story in her own brutally honest words. Written with co-author William Dufty and originally published three years before the jazz great's death at the age of 44, the 264-page autobiography recounts Holiday's tumultuous childhood in Baltimore, her battle with drugs, the racism she faced during her rise to fame, and much more. 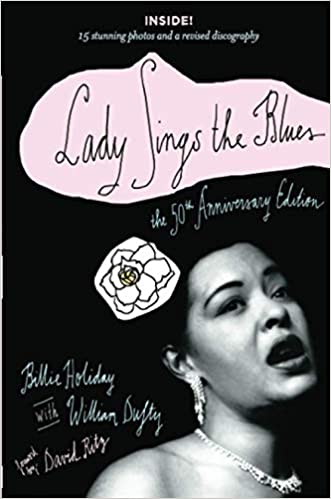 Jazz: A History of America's Music by Geoffrey Ward and Ken Burns

This 512-page book is for anyone who wants to dive beyond the 10-part PBS TV series by renowned documentarian Ken Burns and historian Geoffrey C. Ward. Packed with over 500 photographs (including never-before-seen images), this book doesn't just delve into the personal stories of legends like Miles Davis, Billie Holiday, John Coltrane, Charlie Parker, Artie Shaw, Ella Fitzgerald, and countless other influential artists — it sets the stage for the Jazz Age and puts into context its place in American history from the Great Depression to the Civil Rights Movement.

The book explores jazz's relationship to the growth of American cities like Chicago and New Orleans, its weaponization as propaganda against the counterculture during the Cold War, and beyond. 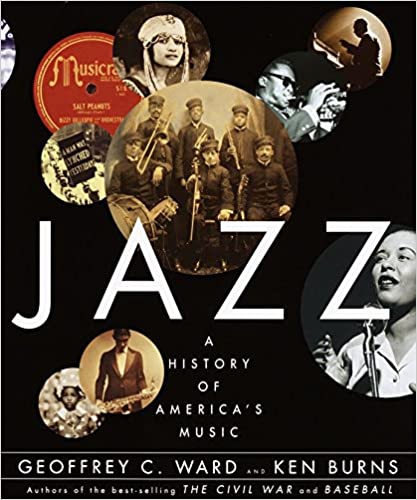 Visions of Jazz by Gary Giddins

Spanning 704 pages, Village Voice jazz critic Gary Giddins' Visions of Jazz is a must-have for any music enthusiast's library. Nearly every game-changer of the genre gets a chapter (there are 79 of them here), such as Louis Armstrong, Sarah Vaughan, Ornette Coleman, and Duke Ellington as well as pop crooners such as Frank Sinatra, Irving Berlin, and Rosemary Clooney who are also owed recognition for their jazz stylings. This compendium also includes modern and rising artists who are "boldly expanding the horizons of jazz." 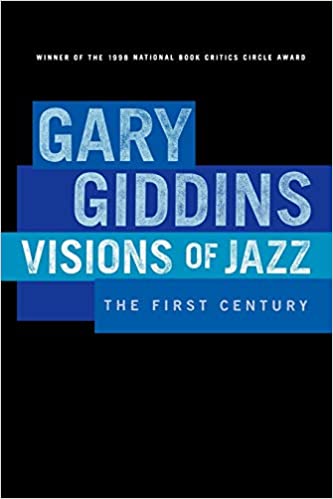 No jazz superfan's coffee table book collection is complete without this compilation of 200 souvenir photographs and memorabilia that showcase some of the most influential jazz clubs of the Forties and Fifties. This 260-page hardcover was compiled by Grammy-winning music historian Jeff Gold, who paints a picture of the talented performers and everyday clubgoers, as documented by venues' house photographers.

Readers can soak up exclusive in-depth interviews with Quincy Jones, Sonny Rollins, Pulitzer Prize-winning fashion critic Robin Givhan, jazz musician Jason Moran, and others. To give fans a true sense of what it was like to experience jazz's most iconic shows, the book also features club menus, handbills, branded matchbooks, posters, and more. 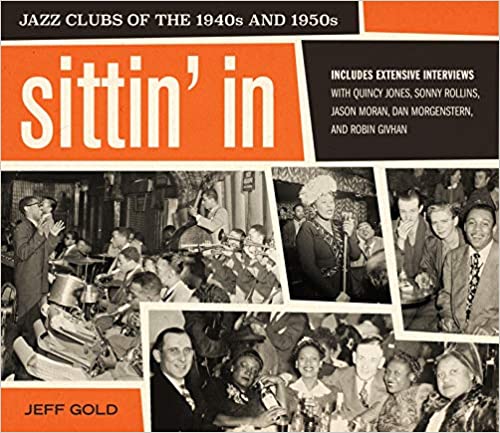 Ever wondered what it's like to sit face-to-face with the likes of Duke Ellington, John Coltrane, and Quincy Jones? Music journalist Ralph J. Gleason does, and he shares some of his most memorable in-depth conversations with the aforementioned jazz greats as well as other major figures of the genre including Dizzy Gillespie, Sonny Rollins, Bill Evans, and more. Music enthusiasts will get to know the artists' craft alongside their true personalities, their lives, and intriguing details that give insight into the talents that shaped music. 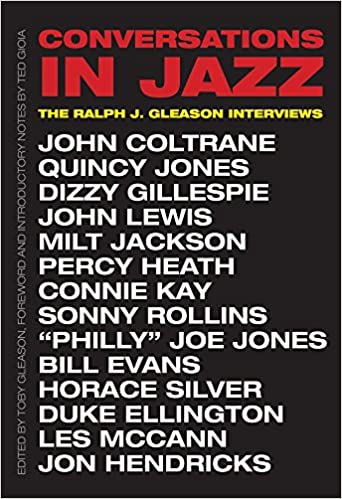 Fans of early Sixties-era jazz will want to pick up this page-turner by renowned jazz critic and prolific writer Amiri Baraka, who examines the period's most revered musicians. Spanning 1959 to 1967, Black Music is comprised of reviews, interviews, essays, personal observations, and scholarly critiques of the genre and its most famous names. 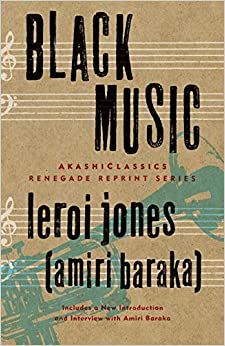 This incredible 624-page biography of Thelonious Monk offers a complete look inside the legendary jazz composer's life and pays tribute to his musical genius. The definitive book reveals a portrait of the enigmatic and private musician, thanks to unrivaled access to Monk's family and their archives. Jazz superfans will get to know the bebop originator's own history — from his heart-breaking poverty to his friendships — and his artistic struggle to continually push the boundaries as heard in his dissonant compositions. 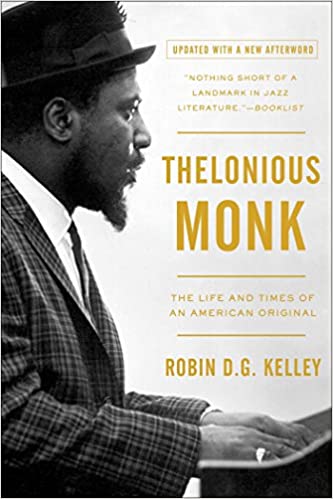 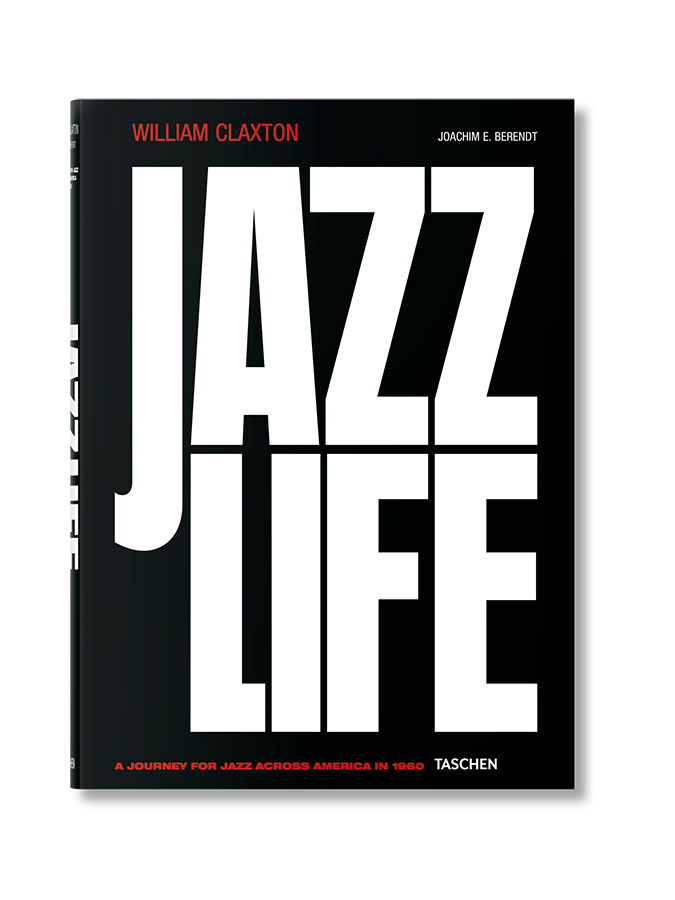 Satchmo: My Life in New Orleans by Louis Armstrong

Though Louis Armstrong himself believed his birthday was July 4th, 1900, the legendary trumpeter's story actually begins August 4th, 1901 (his birth certificate wasn't discovered until the 1980s), when he was born in New Orleans. In his 248-page autobiography, Satchmo colorfully recounts Armstrong's life growing up in poverty, and of being taken in by the Karnoffskys, a family of Lithuanian Jews who treated him as their own. This quintessential book reveals his journey in jazz, from learning to play the tin horn as a child to making his way to Chicago at 21 to play alongside his idol, King Oliver. 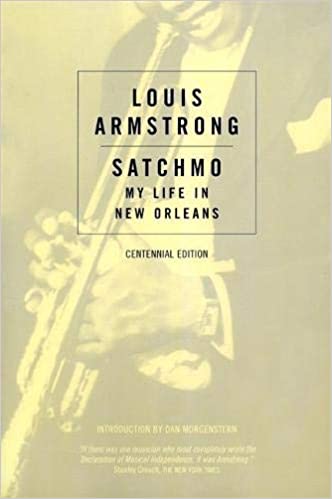 Space Is the Place: The Lives and Times of Sun Ra by John Szwed

Afrofuturism aficionados won't be able to put down author Jon Szwed's biography of pioneering musician and "self-proclaimed extraterrestrial from Saturn" Herman Blount, better known as Sun Ra. This 512-page book explores the avant-garde polymath's journey as a blues and swing pianist to his spirituality-infused Arkestra, with which he recorded over 200 albums and spanned from free jazz to boogie-woogie. 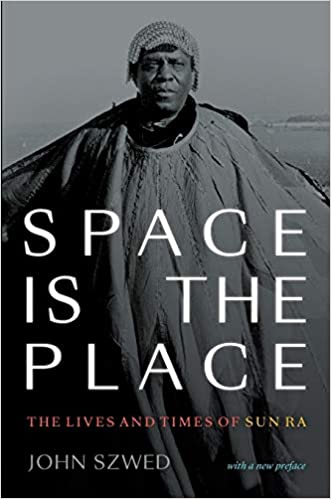 Four Lives in the Bebop Business by A.B. Spellman

In this 256-page book, A.B. Spellman tells the stories of four oft-overlooked jazz artists of the Sixties: altoists Jackie McLean and Ornette Coleman and pianists Cecil Taylor and Herbie Nichols.

Jazz devotees can expect in-depth profiles that delve deep into the musicians' creative process, personal and professional hardships, and more insights from the ground-breaking legends. 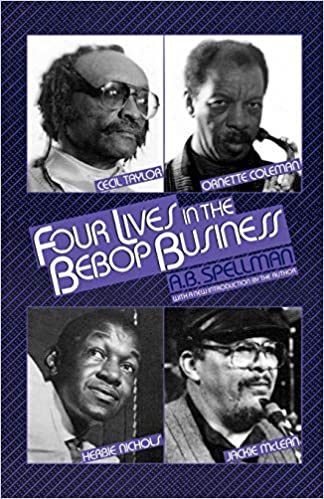 The Jazz Ear by Ben Ratliff

Music critic Ben Ratliff's 256-page The Jazz Ear lets readers eavesdrop on some of the most insightful conversations with the genre's greatest stars. Wayne Shorter Ornette Coleman, Sonny Rollins, and Dianne Reeves are just a few of the jazz legends who share the records that have shaped their style, and in the process, they reveal the improvisational workings of jazz and of themselves. 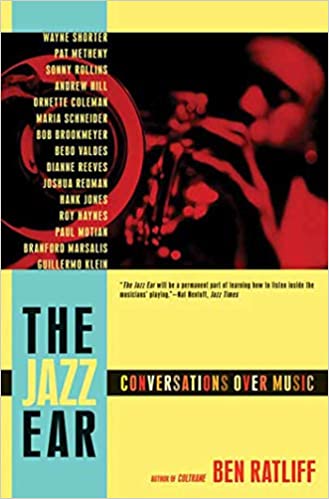 Revered jazz critic Nate Chinen's 288-page hardcover details "a graceful and comprehensive explanation" of the beloved genre's resurgence and "examines the concepts and movements that bolster this robust, diverse present," according Rolling Stone writer Evan Haga, who interviewed the author ahead of the book's 2018 release.

Contemporary jazz artists such as Kamasi Washington and Esperanza Spalding and change-makers such as pianist Vijay Iyer and guitarist Mary Halvorson are among those profiled in this crucial book. 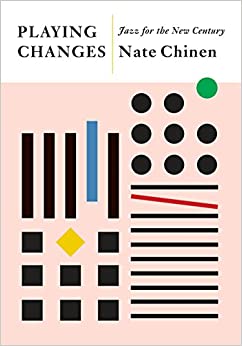 No jazz lover's book list is complete without this authoritative biography of composer and saxophonist Wayne Shorter. Author Michelle Mercer explores the influential figure's 50-year career and the impact of his music across the genre's history.

In addition to featuring "vivid recollections" from Shorter himself, the 352-page book includes interviews with those who knew and played with the jazz icon. 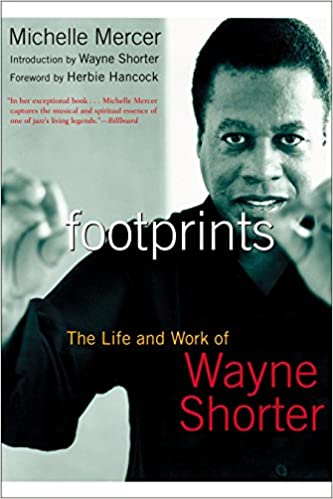 Jazz drummer Art Taylor stepped out from behind the kit for Notes and Tones, which offers 324 pages of unfiltered conversations with the who's who of jazz. Nina Simone, Thelonious Monk, Miles Davis, Dizzy Gillespie, Elvin Jones, and Freddie Hubbard are just a handful of influential artists of the Sixties and Seventies who reveal their "no-holds-barred" experiences as Black musicians in a white society, their creative process, and much more. 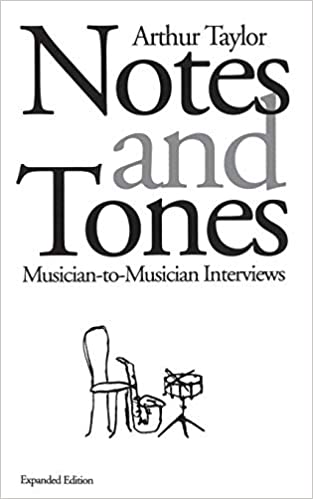 New Yorker jazz critic Whitney Balliet's Collected Works spans 880 pages and nearly 50 years' worth of essays, portraits, and critiques of the most incredible and noteworthy moments in the genre's history. Music fanatics can soak up the author's encyclopedic knowledge of jazz spanning from 1954 to 2001, and profiles of Art Tatum, Bessie Smith, Django Reinhardt, Buddy Rich, Charles Mingus, Louis Armstrong, Billie Holiday, and plenty more greats will remind readers of why they fell in love with the genre's experimental and ever-shifting sounds. 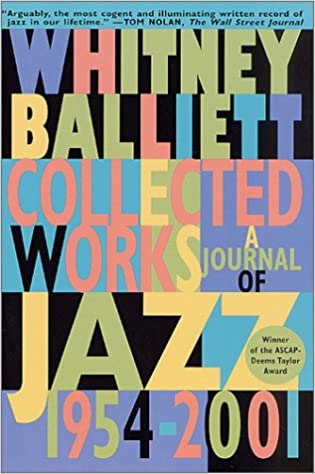