It's not easy for a band to last more than a decade, but the Darkness seem impervious to the difficulties that plague other bands: they still play with the same unrestrained glee that they brought to their debut, Permission To Land, back in 2003. Today Billboard is premiering the video for "Barbarian," the opening song from the band's fourth album, Last Of Our Kind.

The "Barbarian" clip plays like a graphic novel with an explosive soundtrack. The video opens up in a graveyard, settling on a tombstone that reads, "Edmund the Martyr cut down by a Dane on the orders of Ivar the Boneless." Then a driving, distorted electric guitar signals the start of the mayhem -- musically and visually. The rest of the band falls in behind the lead riff to tell a story of invasion, violence, and, of course, rock n' roll. Frontman Justin Hawkins -- his brother Dan is also in the band and produced Last Of Our Kind-- tells Billboard about the song's impact. "'Barbarian' features not one but two dramatic monologues, a guitar solo that has been declared 'irresponsible', a riff that weakens lady-knees and a chorus that makes grown men shit directly into their pants. The lyrics describe the Viking invasion of East Anglia which culminated in the decapitation of Edmund the Martyr. So yeah, classic Darkness."

"Classic Darkness," but with a new element -- the drummer Emily Dolan Davies joined the band before they recorded their latest full-length. Look for Last Of Our Kind later this year, and check out the album's tracklist and artwork below. 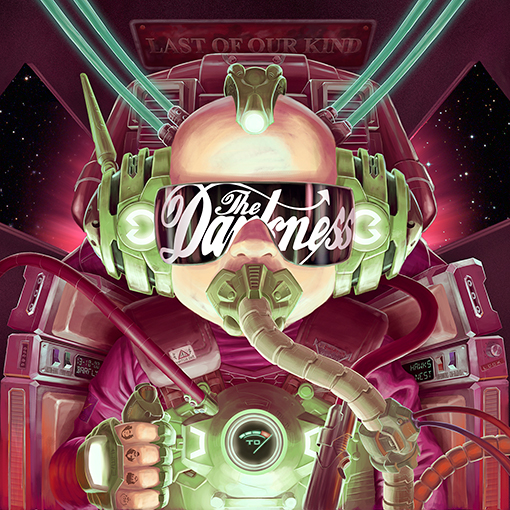