The Super Synch Club: Acts (Some You’ve Never Heard Of) Landing Hundreds Of Placements A Year

How pop-rockers The Score, singer-songwriter Kari Kimmel and others tapped into a lucrative strategy of placing their tracks in TV series, films and video games

Eight years ago, songwriters Eddie Ramirez and Edan Dover thought they were following the blueprint for success: form a band, move to Los Angeles, upload music on SoundCloud and play the networking game. Their group, The Score, fielded a few emails from labels and publishers, all of which turned into what Ramirez calls “the typical L.A. soft pass.” Then one day a firm offer came through, and a new blueprint unfolded.

Someone in England had heard “Oh My Love,” an upload the duo had posted four months prior, and loved it. It wasn’t an A&R person, though. It was the CEO of Asda, the second-largest supermarket chain in Britain, who thought its echo-laden hand claps and buoyant shouted chorus fit perfectly with an upcoming ad campaign. “Our lawyer thought it’d be a nice little payday, but we didn’t really know what to expect,” says Ramirez of The Score’s first major synch. “A week later, we’re getting calls from every label in the world.”

“Oh My Love” landed The Score a deal with Republic, and hundreds of TV, film and ad placements have followed, making the band part of a different ecosystem — one fed by synchs, not airplay or chart success — that can sustain bands and songwriters and help drive the interest (and profits) of labels and publishers. Over at Concord, electro-pop singer-songwriter Ruelle has had placements on Grey’s Anatomy, Pretty Little Liars, Riverdale and more, amassing over 200 licenses in the past 18 months alone. At Downtown Publishing, Ryan Tedder has increased his synch total from 276 to 313 in the last year. At AWAL, Little Simz scored a FIFA ’20 synch last September for her track “Offence,” which had an 80% increase in global streams within the following month, according to her publisher. Since, the British rapper has had placements in Apple campaigns, on HBO’s I May Destroy You and in NBA 2K21, the latest installment in the long-running pro basketball video game franchise.

Meanwhile, Kobalt Music Publishing boasts a handful of synch success stories this year, including singer-songwriter Moses Sumney (Insecure, Queen & Slim, a commercial for P&G and a cover of Fleetwood Mac’s “Go Your Own Way” for Xfinity), bounce artist Big Freedia (ads for Juvederm and Google Pride, placements on Always Be My Maybe and The Lovebirds) and mainstay Aloe Blacc (NFL 2019 postseason promo, NCAA 2020 March Madness spots, Google and McDonald’s).

When The Score signed with Republic in the summer of 2015, “Oh My Love” had spent 11 weeks on the U.K. charts, peaking at No. 43 on the Official Charts Company’s Top 100. The label was eager to replicate the band’s breakout stateside. “We were chasing this rocket ship that was ‘Oh My Love,’” recalls Dover. “Republic took it to radio [but] it didn’t take off.” Instead, The Score has found success with synchs — 300 in the past three years — for brands such as Jeep, Ford and Nascar, TV shows like NBC’s The Titan Games and movies like the Netflix action-thriller 6 Underground. Though the band has placed three tracks on Hot Rock Songs, it has never cracked the Billboard Hot 100. Dover is careful to credit the band’s A&R rep, Ben Adelson, “who believed in us and fought to give us the time to use Republic’s resources to figure it out.” Without Adelson — and the act’s synchs — “We would have been dropped by now.”

Instead, The Score released its latest album, Carry On, in late August, featuring guest appearances from Travis Barker, AWOLNation and Jamie N Commons. Synchs so far include NBC’s Stanley Cup Finals promo (“Carry On”), ABC’s Holey Moley (“The Champion”) and MTV’s Siesta Key (“Rush”), among a handful of other sports-related placements from WWE to MLB, with the synch team at The Score’s publisher, Universal Music Publishing Group, weighing in on the songwriting process of Carry On. UMPG vp music for advertising Tom Eaton says The Score “is all about anthemic, motivating, unapologetically glorious songs — and we are always asked for that sort of thing.”

The Score’s universal and uplifting messaging, high-energy productions and willingness to take direction is a formula that others have followed, too, from singer-songwriter Kari Kimmel, who has raked in over 1,000 synchs in the last decade, to songwriter-producer Mike Sabath, whose synchs for NFL/Bose, Adidas and other brands helped land him a recording contract with Warner in 2019.

Kimmel had a rough ride through the major-label system in the mid 2000s, ultimately deciding to release music independently (ensuring she retained the rights to her publishing and masters). As she started landing licenses on reality shows, she recalls thinking, “Oh, you can actually make money doing this.” She broadened the topics of her songwriting, and — pitching her own material — began landing more synchs, including the themes to the 2004 Disney film Ella Enchanted and the ABC series The Fosters.

In 2015 she launched her own licensing company, Glow Music Group, and grew its roster to over 200 artists, all of whom approached Kimmel impressed by her success at placing her own songs. Glow Music Group’s acts have landed synchs with TV shows such as Riverdale, Grey's Anatomy and Selling Sunset and major brands including Google and Gatorade. Most recently, Kimmel herself landed the trailer of the Netflix martial arts dramedy Cobra Kai and is working on music for an upcoming Disney show.

Kimmel says that pre-pandemic she was fielding 30 to 40 RFPs (request for proposals) from music supervisors and advertisers per day; now it’s closer to 10 to 15. Her success means publishers and bigger labels come looking for her to rep their bands, but she continues to focus on indie players like herself. “One of the largest [drivers] for an independent artist is media, whether that be commercial or film or TV,” she says. “So it’s important to me that their great music is heard, because it deserves to be.”

Brian Monaco, president and global chief marketing officer at Sony/ATV, feels similarly, which is why 10 years ago he launched a series of synch songwriting camps. Prior to the pandemic, Monaco held quarterly regional camps around the country, dividing 15 to 20 writers into teams of three (so that song splits were an even third) and pairing them with Sony/ATV reps who specialized in film, TV or commercial synchs. “We’d leave there with 20 to 30 songs and oftentimes they’d all get placed,” he says.

Monaco brought songwriter-producer Mike Sabath (who has produced songs for Lizzo, the Jonas Brothers and Liam Payne) to a synch camp when he signed to Sony/ATV in 2017. “His productions were just so different from everyone else’s,” recalls Monaco. “He has quadrupled everyone’s output on the amount of commercials he has been able to close.” At his first-ever camp, for example, Sabath wrote “Get Loud for Me,” which (performed by Gizzle) has been used in ads for NFL/Bose and Adidas, the video game Need for Speed Payback and most recently in the Amazon Prime superhero show The Boys.

Synch fees vary. Monaco says key variables include whether it’s a global or U.S. synch, as well as the agreed upon runtime, which can span anywhere from a week to a year. Kimmel says that though major labels command the higher end of music placement fees, her more flexible fees result in more licensing opportunities. “I always tell our bands, ‘I’m going to try and push the fee up as much as I can without blowing it,’” she says. “Because at the end of the day, you’d rather have $5,000 than zero.”

Sources say TV shows can bring in as little as $500 for fledgling reality programs and up to $75,000 for scripted hits, for master recordings and publishing. Films and advertisements can net anywhere from $50,000 to $1.5 million for an act signed to a major label or publisher, while synchs placed independently, without an established label or publisher, are more likely to max out closer to the hundreds of thousands. “Diegetic” synchs — those that figure in the opening or closing credits of a TV series or movie or in a critical scene — command bigger dollars than synchs that serve as background music.

The Score has managed to translate synchs to streams, without the benefit of much radio play. “I think for a lot of bands, radio’s the vehicle for them to get those fans and to grow,” says Dover. “We’ve just found a different path and created a self-sustaining business from it.” Those 300 synchs in the last three years mean “you’d be hard pressed to find a night where one of their songs isn’t airing on TV,” says Republic senior vp film and TV synchronization Brittney Ramsdell. “The constant exposure has driven significant sales and brought fans to the table that may not have heard of them before.”

The 12 tracks on the band’s 2017 album, Atlas, combined for 302,000 album equivalent units, according to Nielsen Music/MRC Data, with “Legend” having been licensed to the NHL 18 hockey video game soundtrack, the Pitch Perfect 3 trailer, Love Island in the United States and the United Kingdom and World of Dance all while racking up over 115.9 million on-demand U.S. streams. “We think ‘Legend’ is a bona fide synch hit,” says Dover. “It’s doing what a hit song on radio does, but within the synch world, and it’s significant because it doesn’t go away.” Plus, he adds, “it keeps bringing the dough.” 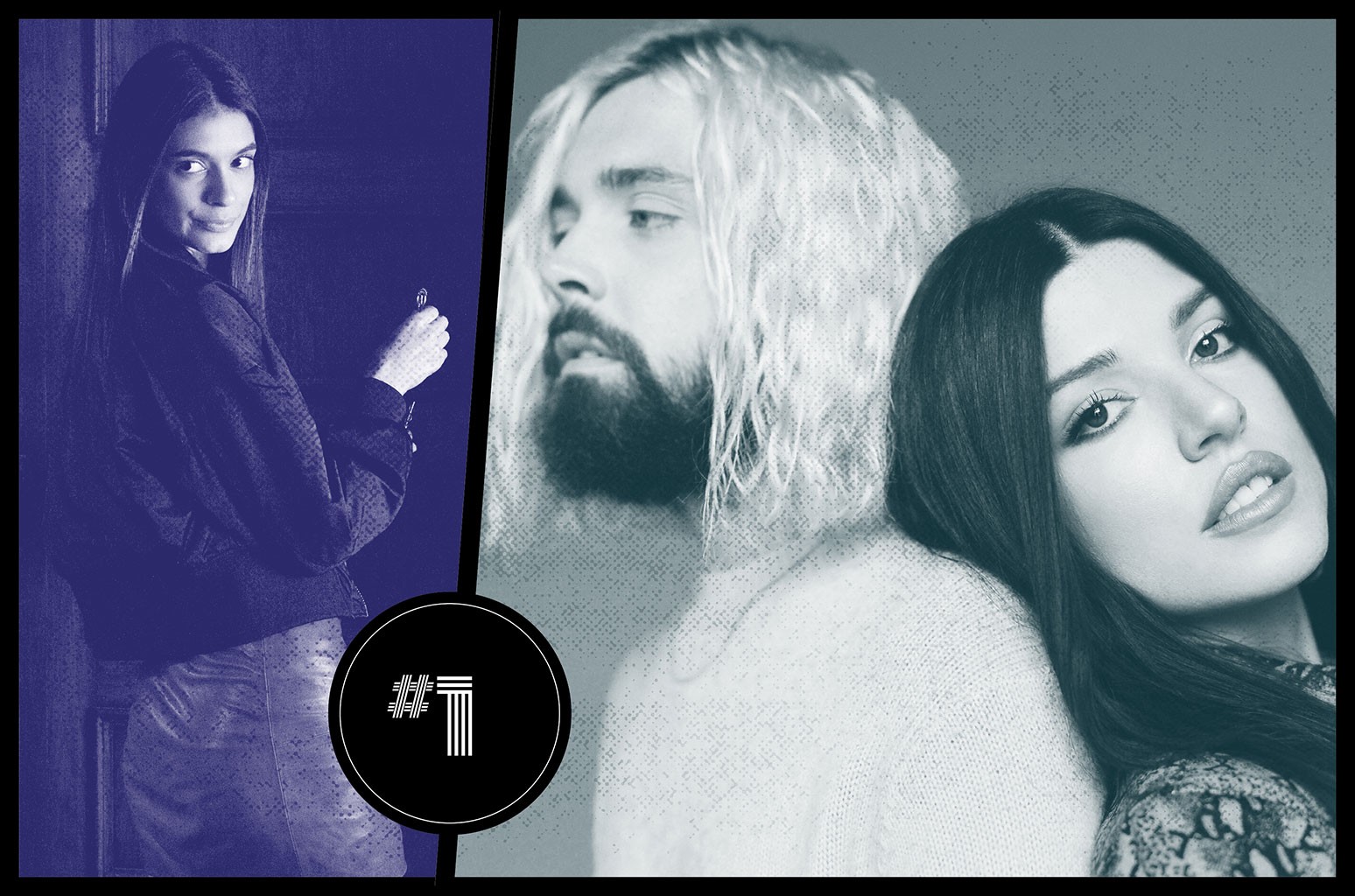