From puzzles to sweatpants to a unisex fragrance, artists are maximizing online merch sales for fans shut in by the pandemic

Perusing the more than 275 artist storefronts at online retailer Hello Merch is like visiting a music merchandise wonderland: Diet Cig is selling branded playing cards, Tori Amos has turned T-shirts into handmade face masks, and Low Cut Connie is offering an all-natural fragrance, among other unusual finds. The choices haven’t always been as wide-ranging. Prior to the pandemic, merch was “second, third or fourth on artists’ minds,” says Mike Lentz, who handles artist relations for Hello Merch. But now, “they’re worried about getting through their tour, playing shows every night [and are] too busy to have the time to deal with it.”

A T-shirt will never replace a concert, but with live events — and touring revenue — off the table for the immediate future, artists have shifted their priorities, and merch allows them to connect with the same passionate fan base they would see on tour. And e-commerce has significant advantages: Items ordinarily too complicated or expensive to lug on the road, from heavy throw blankets to delicate fragrance bottles, are now possible, and artists can take advantage of presales to avoid getting stuck with a surplus or a shortage if demand exceeds expectations, the latter of which “happens quite often,” says Lentz.

As a result, in the pandemic-flattened second quarter of 2020, Hello Merch’s monthly average total sales nearly doubled from the first quarter. “The artists can’t tour, so they push merch more. People are stuck at home, so they buy more,” says Lentz. “It’s kind of a perfect storm.”

These artists and managers have figured out how to mine that lucrative combination for maximum returns. Here are four strategies that they’re using to make the most of merch and strengthen the bond with fans along the way.

Catering To The Quarantined

Ryan Matteson, the founder/president of management firm 10 Atoms, says that artists on his roster — including Black Pumas, Bully, Japanese Breakfast and Whitney — have seen a 50% uptick across the board from pre-pandemic sales, making anywhere from $1,500 to $150,000 a month. That is in large part due to selling precisely what fans want right now. Funk-soul duo Black Pumas has done well with new items (many of which are sold as presales) that cater to fans stuck at home, like branded blankets, sweatpants, reusable Nalgene water bottles and stainless steel pint cups. “It has given us the opportunity to explore things that we normally wouldn’t,” says Matteson.

Other artists have created merch with direct ties to the pandemic. Neon Trees recently sold out of their $12 “I Can Feel You Too Close To Me” mask. Nick Cave commemorated his “Idiot Prayer” livestream in July — a solo piano performance — with a print of him performing in London’s empty Alexandra Palace and T-shirts that read “I Was Not There.” The members of Los Angeles pop group Sure Sure used a similar strategy in April with a T-shirt and autographed poster displaying a map of their band house to promote their livestreamed Home Home Tour, in which they played “venues” like the kitchen and the laundry room. According to Sure Sure’s manager, Red Light Management chief strategy officer and executive vp Bruce Flohr, the poster generated around $3,000 in revenue and the T-shirt $6,000 during the six-day event. “Artists that truly have a personality — and that personality can be translated onto hard goods — that’s where the real win is,” says Flohr.

Other artists are using new merch to reinvigorate old music. Kacey Musgraves’ “Lonely Weekend” — a track off her 2018 album Golden Hour about a weekend spent in solitude — took on new meaning amid the pandemic, so the country-pop singer worked with her management team at Sandbox Entertainment to offer a “Lonely Weekend” self-care package in early August including a tie-dye kit, bath bomb, pair of socks and puzzle for $99.99. After two weeks, the items became available for individual purchase, allowing fans on a budget to take part. Musgraves’ day-to-day manager Kelly Russell adds that sales of existing merch tied to the artist’s song “Happy & Sad” (including a T-shirt, long-sleeve, pin and sticker) have surged: “That is such an indicator of how people have felt.” The team also unveiled a new T-shirt and puzzle on Earth Day along with a reworked version of Musgraves’ song “Oh, What a World,” while a planned restock of her previously sold-out candle collaboration with the company Boy Smells in May proved to be perfect timing.

Russell and Sandbox head of digital Lucia Kaminsky have also turned to traditional marketing methods like email blasts to match fans’ new work patterns. “While they’re sitting in front of their computer, let’s hit them with some new products and make it free shipping,” says Russell. The new work-from-home reality affects the timing of Musgraves’ releases, too. “People are still working nine-to-five, but it’s a very different ecosystem,” Kaminsky says. “They’re probably checking their personal email, looking at social media. Before, our window was, ‘It has to be after work.’ Now it’s a lot more flexible.

Meanwhile, Matteson is using merch to “eventize” the album cycle in new ways for music listeners in isolation. Fans of Bully  — Alicia Bognanno’s indie-rock solo project — could preorder the new Sugaregg album on vinyl in multiple limited-edition colors made available individually over several weeks leading up to the album’s Aug. 21 release. “That way, fans are engaged in it,” says Matteson. “When one sells out, it creates some urgency for people to buy the next color.” As of mid-August, Bully’s Alicia Bognanno signed 1,000 vinyl copies and 100 CDs — “the task of an athlete,” says Matteson, who notes that before the pandemic she never would have had the time for the task. The autographed versions sold at a premium, $25 for the CD and $35 for vinyl, adding up to $37,500. Matteson is also exploring branded partnerships on a local level. Black Pumas and brewery 4th Tap — both Austin-based — collaborated on a “Stay Gold” pale ale, available throughout Texas. Bully may be next: “Alicia loves ice cream,” says Matteson.

When Canadian-Colombian singer and visual artist Lido Pimienta’s tour promoting her April album Miss Colombia was canceled, Pimienta flew home from Europe to Toronto and made use of her unexpected downtime, hand-screening 100 one-of-a-kind, limited-edition vinyl record covers in time for release day. “I’m an immigrant, and I’ve had to do so much on my own, without any help,” she says. “When you come from that kind of resilience, [coronavirus] comes and I’m like, ‘Okay, I’m just going to bury myself in deeper projects and not wait for the light at the end of the tunnel, but rather create the light.’” She posted videos of the creation process on Instagram to build hype, and the colorful copies sold out at 100 CAD apiece (about $75) or 150 CAD (about $114) for a bundle including a T-shirt, illustration and CD  — netting her upwards of $10,000. She’s now collaborating with her mother on tiaras inspired by Miss Colombia songs, another of many handmade items available for purchase at her online store, including screen prints and ceramic art pieces.

Several artists are proving that ticket-merch bundling works just as well with virtual events. For the first of three “Cosmic Stream” performances that Angel Olsen gave this summer, the artist offered two bundling options for the $15 ticket: a download of the June 18 livestream performance (in which she focused on songs from her 2012 debut album, Half Way Home) for $25 or the download plus a limited-edition colored vinyl version of Half Way Home for $45. “It really had to do with, ‘If we’re going to continue doing these livestreams, how do we make them interesting?’” says Olsen’s manager, Little Operation founder Christian Stavros. “The idea for Angel was, ‘You own the master to your first record, so let’s offer up something special.’” It worked. While Stavros declines to discuss dollar figures because the event was partially for charity, a source with knowledge of the livestream says Olsen sold over 650 top-tier tickets — resulting in net revenue of more than $30,000. (A portion of those proceeds went to the racial and gender equality-focused YWCA in Asheville, N.C.) For Olsen’s follow-up performances, viewers of the July 14 livestream could bundle their ticket with a limited-edition screenprint poster, while the Aug. 28 event was timed to the release of her new album, Whole New Mess, and bundled tickets with a limited-edition colored vinyl album and a 7-inch single. Fans who didn’t bundle their tickets were still able to buy merch during the shows through Olsen’s partnership with the streaming platform Noonchorus, founded by brothers Andrew and Alex Jensen after the start of the pandemic. Noonchorus embeds artists’ merch sites directly onto a livestream webpage, allowing fans to browse options, add items to a cart and check out without having to exit the performance. “We started to open up the revenue streams that artists were going to lose from touring,” says Andrew Jensen, “and merch is such an integral part of that.” The embed option makes Noonchorus a favorite of Matteson’s clients, too: “A click is [saying,] ‘I’ll do it later,’” he says. “But if you scroll and you see [the merch store], I think the return is much greater.” Artists keep 100% of the revenue from tickets and merch sold through Noonchorus, with the platform earning revenue through a service fee (which is 20% to 25% of the ticket price; in Olsen’s case, $3).

Adam Weiner, the frontman of Philadelphia rock band Low Cut Connie, has turned his Tough Cookies livestream series into a successful merch brand of its own, in part by letting viewers in on the decision-making.

Held every Thursday and Saturday from his Philadelphia apartment, Weiner’s one-hour livestreams are a mix of performance, group therapy and talk show, with recent guests including Big Freedia, Don Bryant and veteran guitarist (and member of the E Street Band) Nils Lofgren. The series, which he launched in March, is dedicated to all of the “tough cookies” — including nurses, first responders and fans struggling to cope with the pandemic’s impact — and averages 4,000 viewers per episode. “I started using this phrase: ‘Give me one hour to change your frame of mind,’” says Weiner. “We laugh together; we cry together; we talk about what’s going on in the world.”

The idea for adding merch sparked after a jewelry-maker fan sent Weiner a custom Tough Cookies-branded metal bracelet. Weiner asked her to make 50, and when he promoted them during his livestream he sold 200 the first night. “I was completely blown away,” he says. The $25 bracelet is now a mainstay at Low Cut Connie’s Hello Merch online shop.

When fans next expressed interest in the fragrance that Weiner sprays onto the camera as a recurring bit during the shows — urging viewers to imagine “the smell of hope” — the singer worked with Canadian manufacturer Les Lares to create a $40 unisex scent titled after Low Cut Connie’s upcoming album, Private Lives (out Oct. 13). Another favorite item? “I sweat so much during the show, and I always say, ‘I’m schvitzing, but I’m schvitzing for you,’” says Weiner. “People were always asking, ‘Can you do a shirt that says that?’” It’s now available for $25.

Thanks to these items and more, Weiner averages $3,000 in monthly merch revenue, with his best months bringing as much as $10,000. Since the start of the pandemic, Hello Merch’s Lentz says that Low Cut Connie’s monthly average sales are 34 times greater year over year. Weiner is still concocting new ways to capitalize on his livestreams. He recently added a Tough Cookies membership option through subscription-service platform Patreon, allowing fans to pay $5, $10 or $20 per month for perks including access to private performances and virtual meet-and-greets. He says the club has around 400 members — which would indicate that it generates at least $2,000 per month — and, he adds, “is growing every week.” 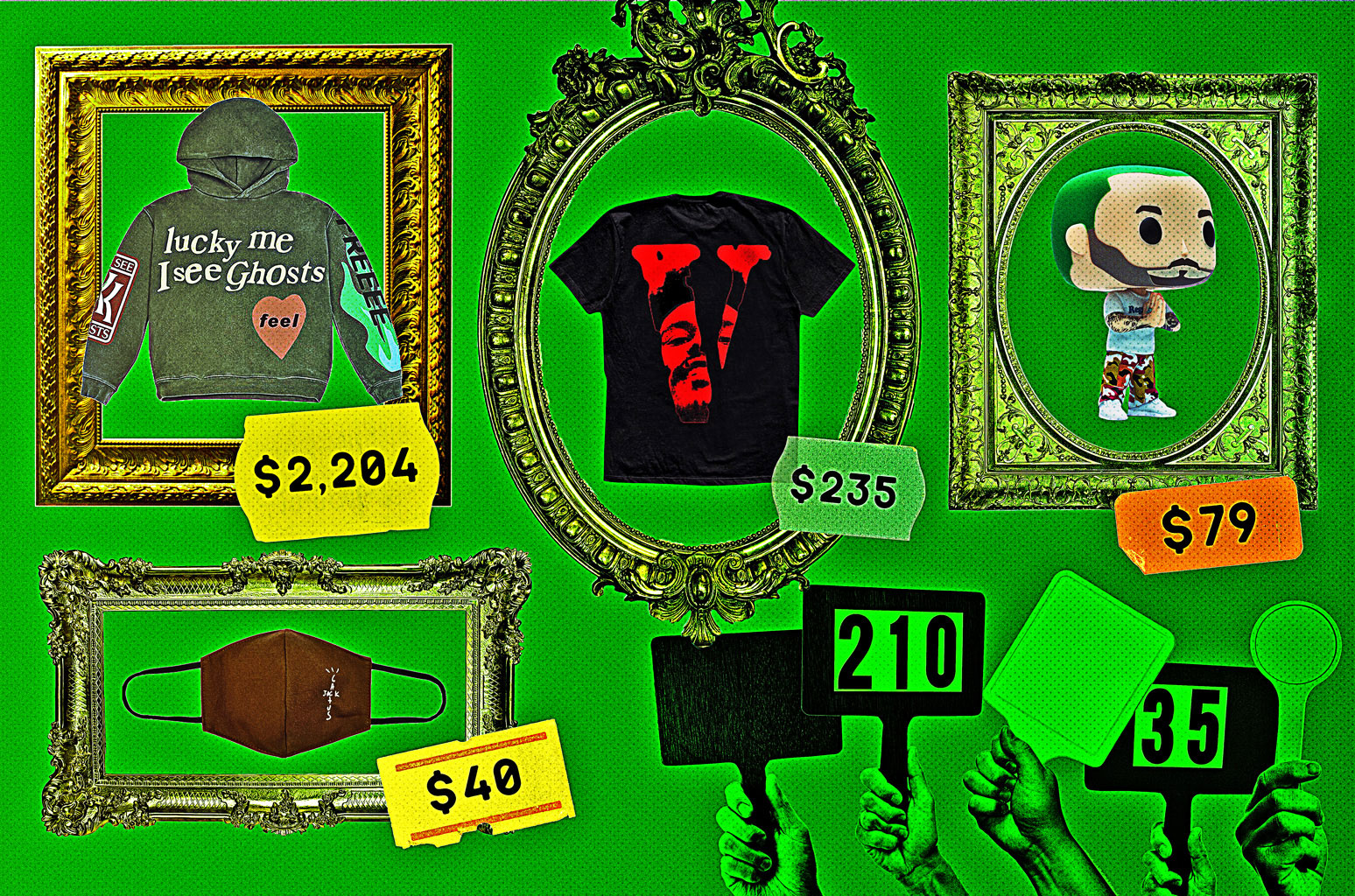 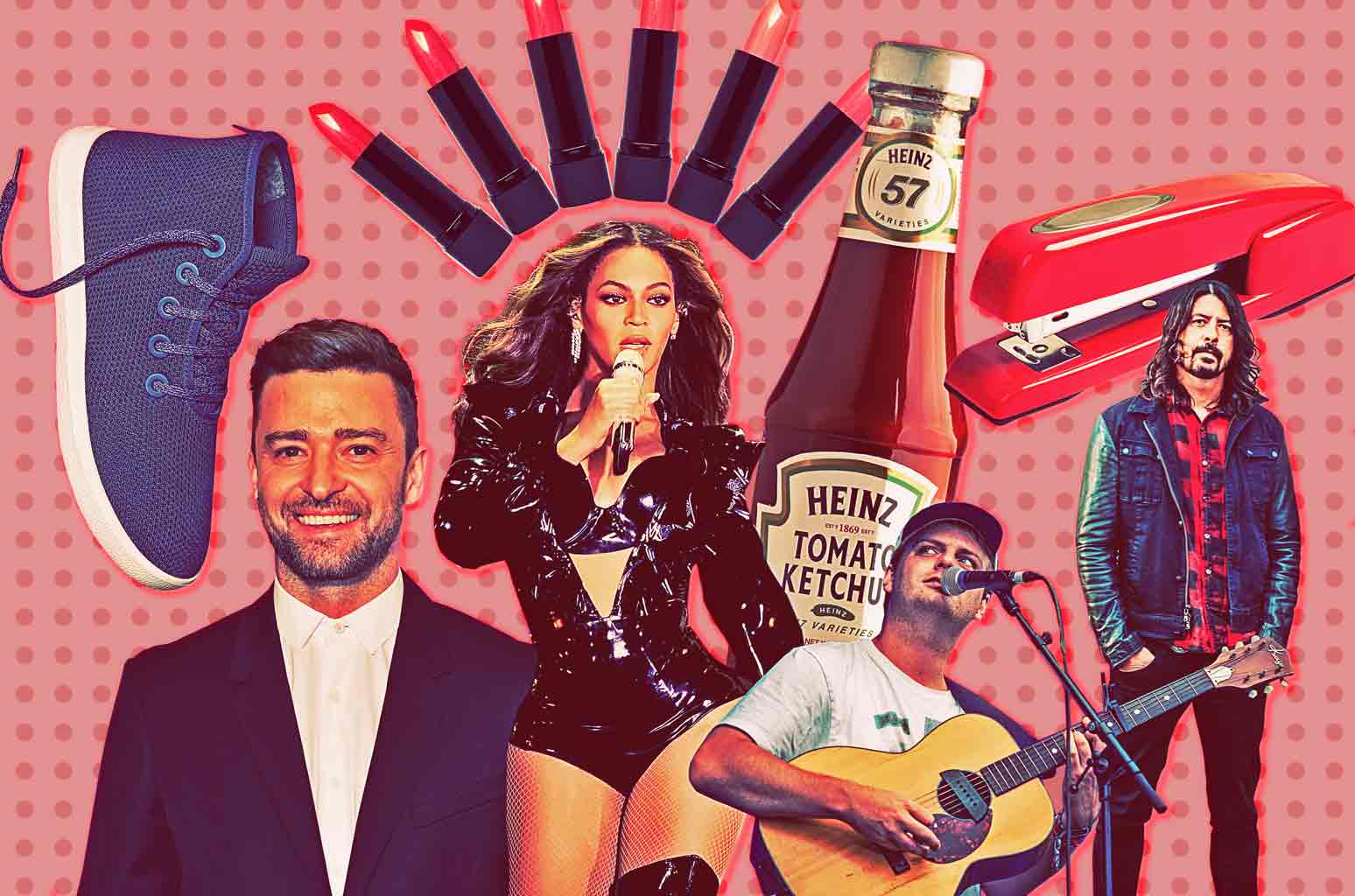 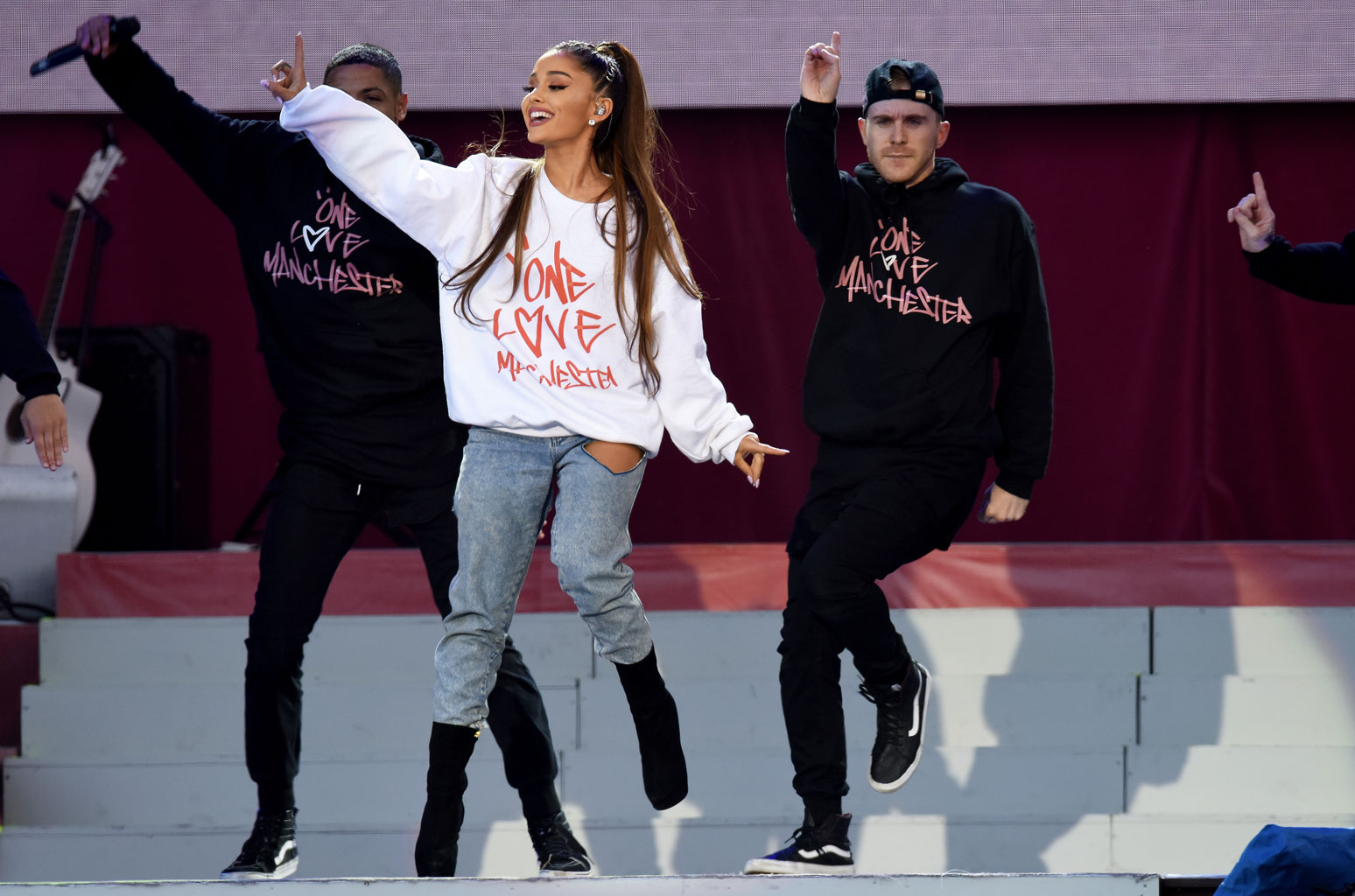