For the K-Pop Industry, Merch Is As Important As the Music

From light sticks to fish sticks, a wide array of branded goods has fans shelling out the equivalent of hundreds, even thousands of dollars a year in support of their favorite acts. But how much is too much?

On a chilly night in New York last November, thousands of flashing multicolored lights lit up Madison Square Garden in sync with the songs of K-pop group SuperM. As fans danced in the stands, they waved the light sticks overhead, which pulsed in time with the bass and shimmered with softer melodies, controlled via Bluetooth and one of the band’s engineers. Sales of the $60 magenta-hued lights bearing the band’s logo were brisk at the venue, but they weren’t the only ones on display. SuperM is a hybrid K-pop act featuring members of four different boy bands — EXO, SHINee, NCT 127 and WayV — and many in the audience jammed along to the show with Bluetooth-enabled light sticks that represented those respective groups as well. Some held two or more.

Also known as bongs, the Korean word for "stick," these devices have become an integral part of the genre’s concert-going experience. The innovative equivalent of a cellphone flashlight (and before that, the old-school cigarette lighter), they are one example of a wide array of fan-oriented goods marketed by the South Korean music industry, which is based as much around consumerism as sonic artistry.

“K-pop merch is so dramatic,” says Ahomari T., a 28-year-old SHINee fan from South Carolina. “You buy an album and it’s almost like a gift bag.”

And albums are just the gateway to a massive market for branded tie-ins that, in addition to fanlights and the more conventional concert T-shirts and posters, includes tea, beer, soju, chocolates, stuffed animals, smartphones, shoes, fidget spinners, neck pillows, moisturizing face masks and even food items. For instance, pop duo TVXQ! and boy band SHINee each endorse a brand of fish sticks.

Fans purchase the products to show their loyalty and, in the process, feed a multibillion-dollar industry, but for K-pop enthusiasts with limited incomes, the cost of keeping current with the latest in fan gear can be exorbitant.

The corporate powers behind K-pop’s artists and merchandise strategies are largely tight-lipped about their operations, but industry sources say that album and merch sales can create a virtual cycle, bringing in more advertising opportunities or sponsorships for a group, which boosts its popularity and leads to additional events and concerts for fans.

“I guess it’s like which came first, the chicken or the egg?” says Chris Lee, the CEO of SM Entertainment, which manages a roster that includes SuperM, EXO, Red Velvet and NCT 127. “Is it merchandising, or is it a way to sell the music?”

The size and success of the K-pop merch market is inextricably linked to the strength of physical music sales — CDs and vinyl albums — in South Korea at a time when streaming has become the dominant platform for music consumption globally. Now the sixth-largest music market in the world, with 3.1% of global sales, South Korea saw a 29% jump in revenue from physical sales in 2018 — more than any other market — even as the world’s overall physical revenue declined by 10%, according to the global music industry organization IFPI.  According to David Price, director of insights at IFPI, “Our impression from talking to people [in Korea] is that it is a natural increase in demand for physical product. People want to buy the CDs for the ability to have that CD and to listen to the music."

Overall, South Korean music sales, which are dominated by K-pop, reached almost $5.5 billion in 2018, or 6.49 trillion in South Korean won, up 11.9% from a year earlier, according to the Korea Creative Content Agency.

As K-pop’s global audience grows in size and maturity, with acts’ careers and popularity lasting longer than ever, the market for K-pop merch has grown and evolved with it. Trademark applications in Korea filed by all of the major labels have climbed 71% since 2015, cumulatively reaching 656 last year, according to the Korea Intellectual Property Office (KIPO). SM Entertainment has accounted for 48% of the 4,794 trademark applications filed over the past 20 years.

KIPO's data notes that K-pop companies’ trademark applications, which once focused largely on music- and entertainment-related ventures, have diversified to include cosmetics, clothing, accessories, stationery and food products.

Not all of the merch produced by these companies bears an obvious connection to a K-pop act or band member. SM’s Lee says fans like goods that feature subtle, insidery references to their favorite stars and groups, recognizable only to other true believers.

For instance, SM Entertainment has collaborated with Pantone, the color-matching company, on a line of blankets, luggage tags and other home goods in which the connection to an act is made solely through color: gray for EXO, peach for Red Velvet and lime green for NCT 127.

Big Hit Entertainment, the company behind BTS, has collaborated with Line Friends, which first produced stickers for mobile-phone texting, to manufacture the BT21 line of merch based on cartoon-style characters created by the boy band. The characters bear no resemblance to BTS members, but fans know the correlation. For instance, J-Hope’s character is a dancing pony-masked creature named Mang, and a gray-and-white robot named Van represents the BTS fan base known as the ARMY, an acronym for “Adorable Representative MC for Youth.” The characters adorn everything from T-shirts to bathmats, and when a plush Cooky doll (a rabbit designed by BTS member Jungkook) was found abandoned after one of the Hong Kong political protests in August 2019, it became an image associated with the rebellion.

These merchandising efforts have added significantly to the bottom lines of the trio of publicly listed K-pop companies known as the “Big Three” — SM Entertainment, JYP Entertainment and YG Entertainment. Approximately 25% of SM’s 2018 revenue of $516 million (612.2 billion won) came from sources reported as “other” that include merch, fan-paying clubs, travel, food and beverage, and subscription services. That same year, YG’s “goods and other products” category accounted for 14% of total revenue of $241 million (285.8 billion won), according to its 2018 investor relations report, while JYP’s merch sales comprised 10% to 15% of overall revenue of $105 million (124.8 billion won), according to a company representative.

The potential for even more growth comes as the typically insular companies that create, develop and manage K-pop acts look for partnerships outside of South Korea. In November 2019, SM Entertainment struck a deal with the U.S. talent agency Creative Artists Agency that is expected to generate film, TV and branding opportunities stateside and internationally.

At the same time, the constant output of K-pop merch risks alienating fans by excluding them when their pockets are not deep enough.

In the early 2010s, it became the norm for K-pop groups to release multiple versions of an album — each of which features different exclusive photos of the acts. SuperM’s The 1st Mini Album EP arrived last October with seven variants — each featuring a single member of the group — in addition to the standard cover which blended the individual cover variants. Other major artists, notably Taylor Swift, have employed a similar multiple-version strategy, but the practice is far less common in the traditional, U.S.-driven pop world.

“When you usually buy a CD, it’s assumed you’re buying a plastic disc that happens to have a booklet,” says Bernie Cho, who heads DFSB Kollective, a Korean music export agency. “In Korea, with a lot of the big releases it’s almost the other way around: You are buying an elaborate book that just happens to have a CD.”

Variant album covers don’t just cater to fans’ individual loyalties — they can also boost sales and chart position. SuperM’s EP debuted at No. 1 on the Billboard 200, and of the 290,000 copies (physical and digital) that it has sold as of Feb. 4, 102,000 of those CDs were variants, according to Nielsen Music/MRC data (see chart).

There are more exorbitant forms of K-pop fandom. To gain entry to many autograph signings and fan club-only events in South Korea, fans buy hundreds, sometimes thousands, of albums priced at $15 to $20 apiece. Each album comes with a lottery number that, if chosen, gives the fan access to the event. The more albums purchased, the greater one’s chances of getting past the velvet rope.
Seoul resident Stacy Kim, a fan of the short-lived K-pop group Wanna One, which disbanded after 18 months, says she spent thousands of dollars on merch to support the band, but gave up when it came to seeking a golden ticket to one of the group’s fan meetings. “I was already spending so much money on other stuff, I couldn’t afford to spend thousands of dollars on albums,” she says.

Kang Yuri, a 17-year-old EXO fan, who lives in the city of Ansan outside Seoul, says fans who want to join the audiences of weekly TV programs that feature K-pop stars are often required to show up with specific pieces of merch — as many as eight, including CDs and light sticks — in order to gain entry, even if they have purchased tickets to the show. “[The bands] upload on the official fan café [portal site] what items you need to bring if you want to get in,” she says. “No items, no entry.”

The additional price of admittance is considered a way of identifying hardcore fans, or at least hardcore fans who can afford to buy all of the requisite merch. It also makes for good TV when the audience shots reveal a band’s fans waving light sticks and other swag for the cameras.

And yet it is this type of treatment — along with the poor quality of some of the merch that is marketed — that has some fans grousing that marketers of K-pop see them as human ATM machines without financial limitations, even though many of them are tweens and teens.

“Companies are out to make as much money as possible by any means necessary in the shortest amount of time,” says 32-year-old Virginia-based K-pop fan Jessica C., a follower of the K-pop singer IU, who asked for her last name to be withheld to protect her privacy. “If that means throwing a collectible photo-card inside of a wallet that costs $1 to make and marking it up to $15, they will put it out on the market because they know there are fans that will purchase it.” 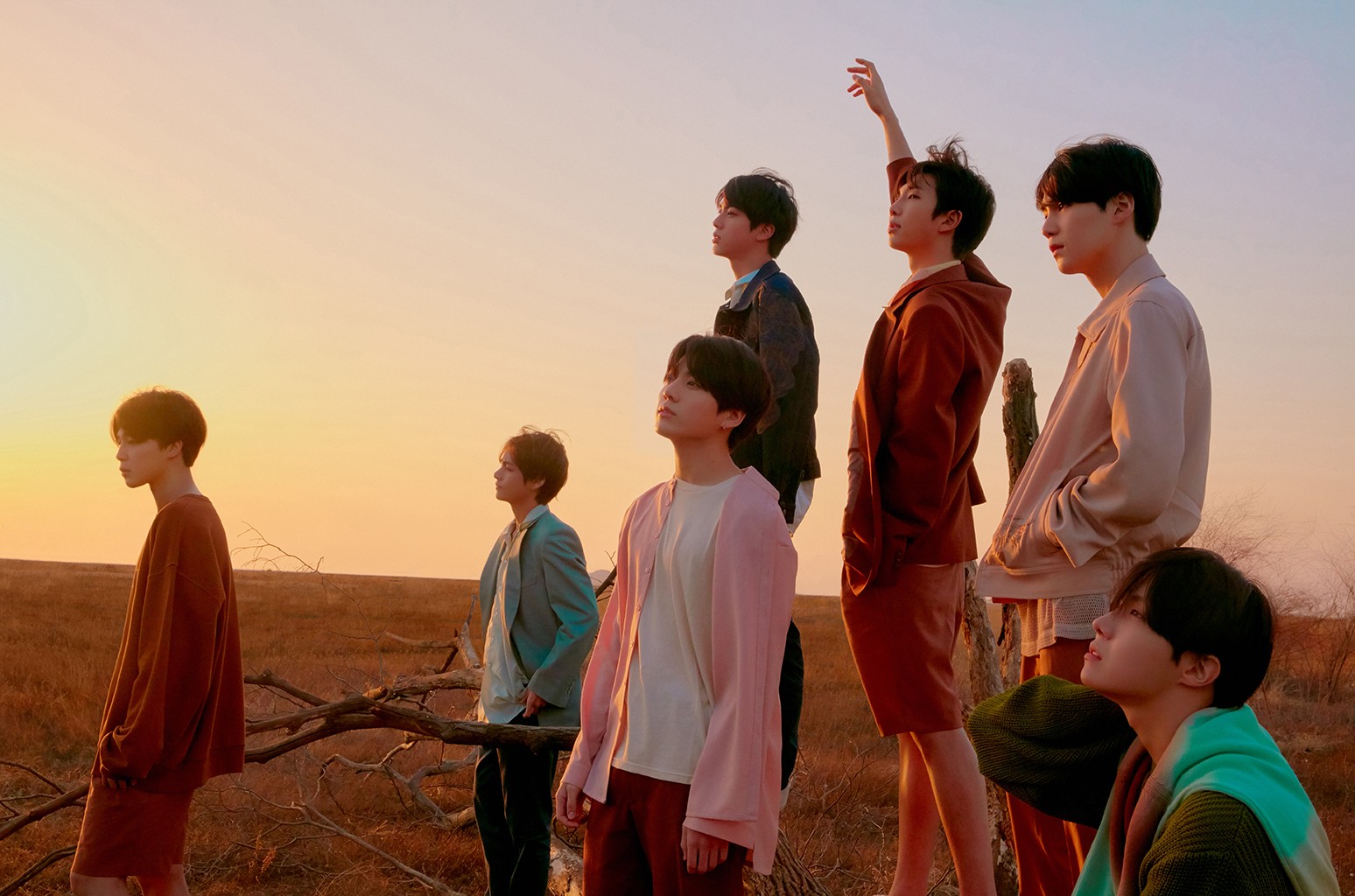 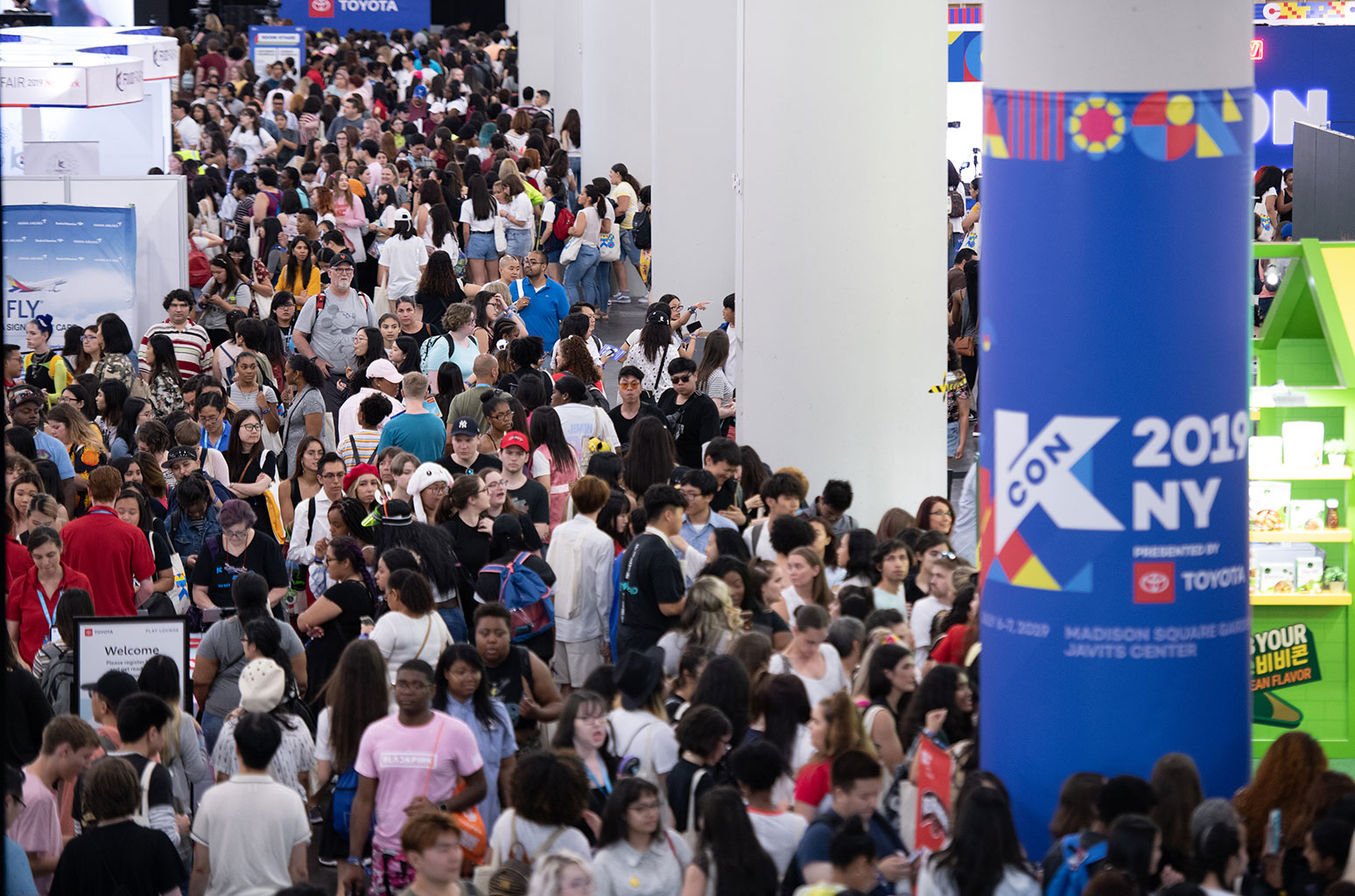 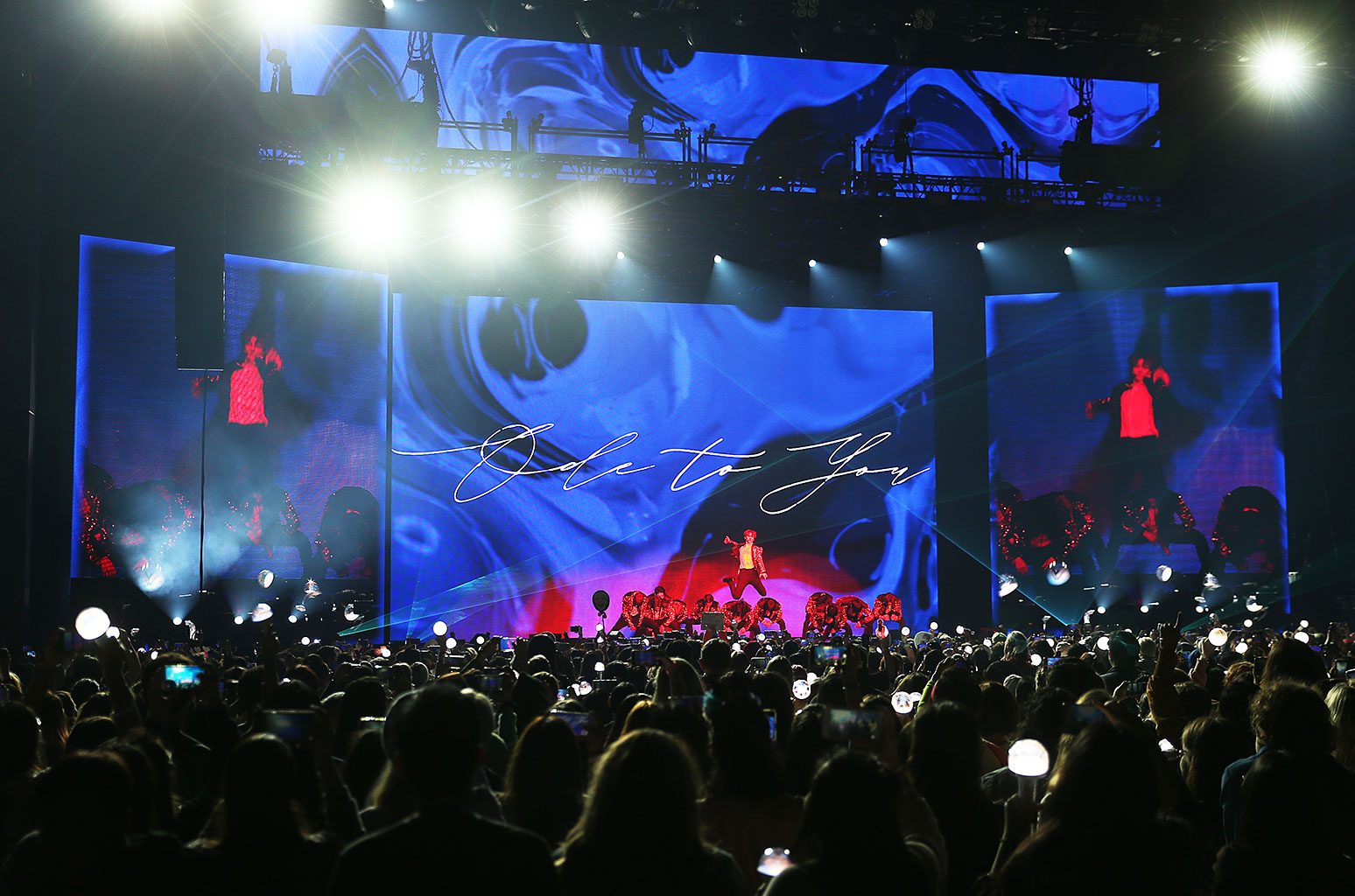 Branded Light Sticks Are Brightening the Bank for K-Pop