2018 Preview: Jessie Reyez, the Next Queen of Outspoken R&B

Jessie Reyez was reeling from a bad breakup when she attended a songwriting camp in Sweden two years ago. “I remember going to a session with swollen eyes,” says the 26-year-old Colombian-Canadian singer-songwriter. “Looking like a mess, but happy not to be home.”

While there, she met producers Priest and the Beast (Pitbull) and Shy Carter (Charlie Puth), who worked with her on an emotional ballad called “Figures.” “Tell me, boy,” she sings in a soulful, raspy voice. “How in the fuck would you feel if you couldn't get me back?”

Her broken heart came with a silver lining. “Figures” has over 27 million plays on Spotify and made the top 40 of Billboard’s Rhythmic Songs chart, giving her a second hit after her appearance on Calvin Harris’ “Hard to Love.” 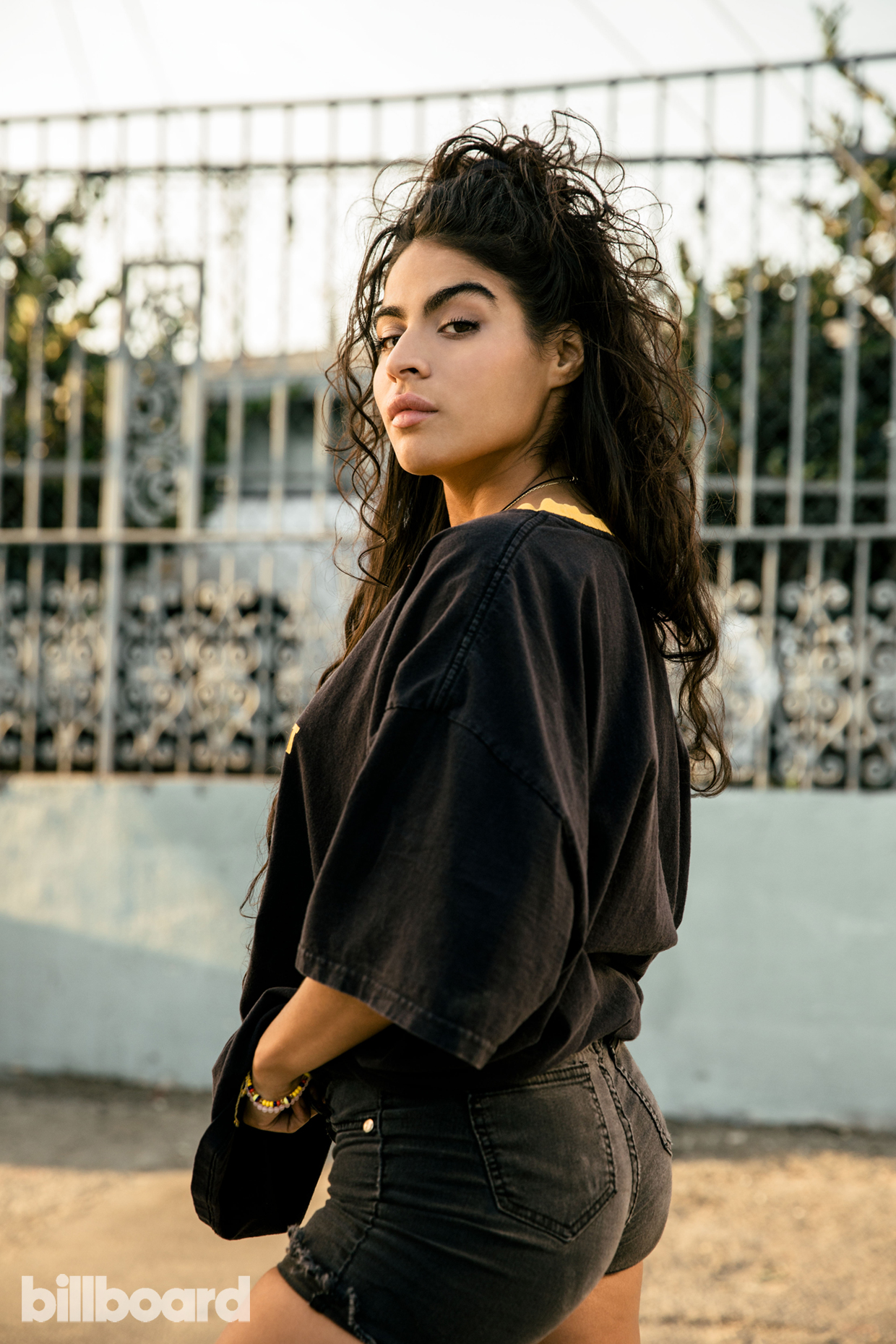 On a warm afternoon in Los Angeles, Reyez is rocking flannel and denim at a trendy chicken and waffles spot. Her Catholic roots are clear in the escapulario necklace she wears, displaying two small portraits of religious figures. “When people talk about this last year, it almost seems like a lie,” she says. “I’m scared someone’s going to wake me up and say, ‘Just kidding!’”

Reyez is in a free, relaxed mood, and she laughs when asked if she’s seeing anyone. “I don’t have time to date. I don’t even have time to wipe my ass!” she jokes. “Just kidding... I do wipe my own ass.”

The main thing keeping her busy is recording her debut LP for Island Records -- after lunch, she’s headed to a session. Her influences range from hip-hop to reggae to Latin music, positioning her as a peer to SZA and Jorja Smith. “It’s violent soul music,” she says. “It’s romantic, it’s bloody, it’s heaven, it’s hell.”

Growing up in Toronto, Reyez discovered her flair for performance early. “I have really dope parents,” she says. “I would sit them down and dress up like [Queen of Salsa] Celia Cruz, with fruit in my hair and all of that.”

What sets Reyez apart most may be her storytelling. In her 2017 song “Gatekeeper,” she recounts a real-life incident of sexual harassment involving a powerful producer. The song was released last April, before the #MeToo movement, but it has become newly resonant. While she says she’d rather not name the producer, she still thinks about confronting him. “I’m waiting for the day when I can ask him, ‘What are you going to say to God when you get to the gates? How do you sleep at night?’” she says.

In the meantime, she’s focused on finishing her album. The fun, bold “Fuck Being Friends” is already a favorite at her shows, where fans regularly sing the chorus back to her. “These motherfuckers are singing an unreleased song,” she says. “I love that!”

Influences:
She cites The Notorious B.I.G., Bob Marley and Quentin Tarantino as touchstones for her eclectic sound.