Recent history has shown that boy bands maintain sales momentum for two albums. Like Jonas Brothers, *NSYNC and Backstreet Boys before them, 1D have seen their U.S. music sales fall from an early peak. 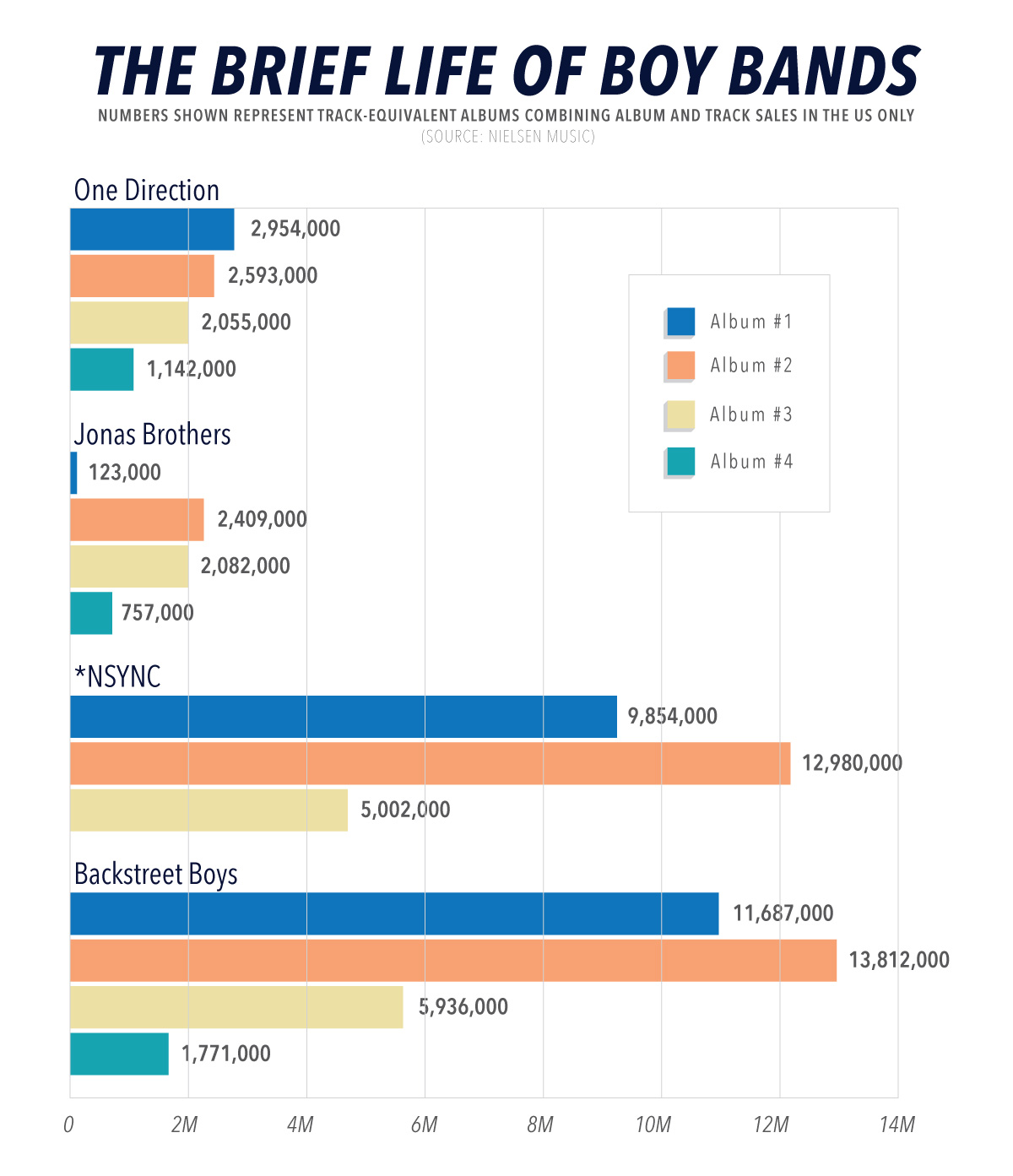 One Direction's debut album Up All Night has sold 2.95 million units -- presented as track-equivalent albums -- through March 22nd, according to Nielsen Music. (Track sales have been converted to album sales at the standard 10 tracks-to-1 album ratio.) Sales slip 12.2 percent for the band's second album, decline a further 20.7 percent for the third and plummet another 44.4 percent for the fourth and latest. One Direction's last album has sold only 38.7 percent as many TEA units as its first.

*NSYNC didn't even get to a fourth album. But its third album is a 61.5 percent decline from its second, which is 31.7 percent higher than its debut.

Zayn Malik Leaves One Direction, But Don't Expect a Justin Timberlake-Style Break Out