The music-and-branding pioneers on riding with The Notorious B.I.G., what brands get wrong about millennials and how much bigger their companies’ SXSW presence can get.

If one thing reflects the ­exponential growth of the Cornerstone agency and its sibling company, magazine The Fader, it's their presence at South by Southwest. The first Fader Fort, in 2002, was a party in a room at Austin's Hilton Hotel, with free beer provided by Levi's. Since then, it has grown into a two-plus-acre custom-built outdoor venue with state-of-the-art lighting and sound, multiple activations, bountiful swag and all-day performances by artists that include Kanye West, The Black Keys, Amy Winehouse, Sam Smith and FKA Twigs. Key sponsors for 2015 include Converse (for the fourth year) and Mazda (for the second), along with Jack Daniel's, Vitaminwater and more, with Dell providing a live stream.

The Fader Fort is the most vivid example of the companies' prescient positioning as a bridge between brands and music, and between the hip-hop and alternative-rock genres. Founders Jon Cohen and Rob Stone, both 46, got their start in major-label promotion before taking the plunge with Cornerstone in 1996 and 1997, respectively. In short order, the company grew into a brand-strategy agency and then launched music and fashion magazine The Fader in 1999. The companies have leveraged the magazine-as-agency model to ease many brands into the music space -- the aforementioned as well as Sprite, Bushmills, Converse, Coca-Cola, Diageo, Reebok and others -- fostering a template that has been followed, and rivaled, by Vice, Complex and Conde Nast, among others. It also recently branched out into a different kind of big league by signing on as the creative agency for the NBA's Milwaukee Bucks.

Cornerstone/The Fader, now a 105-plus-person mini-empire that has projected revenue of $100 ­million in 2015, comprises a label, a music ­publisher and a film division; there also is an ­ongoing expansion for the bimonthly ­magazine, which will publish its 100th issue in the fall. Recently Cornerstone planted a flag on its third continent by adding a Sao Paulo office to its bases in New York, Los Angeles and London. Plans for a music festival and a traveling ­version of the Fader Fort are ongoing -- as are rumors of outside investment. The pair ­acknowledge "interest" but say, "It would have to be under the right terms -- and if not, we'll just keep growing the company."

Billboard: The Fader Fort at SXSW is like a small city. How much bigger can your ­presence there get?
Jon Cohen: Honestly, it's really about ­getting better. We've always had unique events, whether it's Kanye bringing out his whole [label] family in one show, or getting Damon Albarn to perform with the original Gorillaz lineup for the first time ever, or The Black Keys or M.I.A. or Macklemore before anybody knew who they were.

How did you first meet?
Cohen: We've been best friends since seventh grade -- we were born nine days apart.

Rob Stone: Jon's house was where everybody would hang out.

Cohen: We discovered hip-hop together -- I'll never forget listening to Run-D.M.C. for the first time in Rob's car. We grew up on Long Island right near Hollis, Queens, where a lot of that music was coming from. I started at [EMI subsidiary SBK Records] as soon as I got out of school, and then shortly after, Rob came onboard as well. It was a great time at that label: We were working for Charles Koppelman, Marty Bandier, Daniel Glass, Monte Lipman. I even met my wife there. 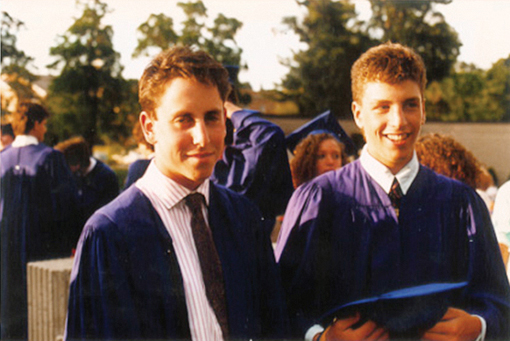 Jon Cohen and Rob Stone at the graduation from Lawrence High School in Cedarhurst, NY in 1986.Dustin Cohen

Stone: [Cornerstone] really started in that first year at SBK, because we would talk about our frustrations with major labels, like, "Why don't we have our own company? We could do this."

Rob, how did you develop such a strong relationship with The Notorious B.I.G.?
Stone: When I was at Arista, we spent a lot of time in cars going to hip-hop mix shows at two in the morning, just me and him. Actually, the first day I was with him, it was him, [B.I.G. associate] Lil Cease, the road manager and me -- the label guy -- and it's awkward, right? There's nothing to really talk about, so I said to him, "I saw you perform at the Muse on 12th Street; I'll never forget it." He looked at me like, "What were you doing there?" -- it was a raw scene and there was a gunfight in the club that night. I was there because I was a fan, and right there it was a different level of respect.

When did Cornerstone start officially?
Stone: I left Arista in June of '96 and started it with Steve Rifkind, [founder] of Loud Records. I was a vp at Loud and also a vp for SRC, his marketing company; he was a partner in Cornerstone for a year-and-a-half. I left Loud when Jon said, "Let's do Cornerstone together."

How did you go from being a promotion company to an agency?
Stone: We were working [several labels'] projects to radio, so we had all these indie and alternative acts and this hip-hop roster. We started talking: "How do we grow the business?" And we stumbled upon music and brands with Sprite. The lightbulb went off: There was a lot of marketing that could be done around music and brands.

Are most acts anxious to get into bed with brands these days?
Cohen: Actually, no. A lot of artists proceed with caution and question the integrity of it, despite the fact that a messed-up music industry has almost required a lot of artists to do brand deals in order to have income. There is a negativity to it: Plenty of brands, and I'm not going to name names but you probably read about one this week, still bastardize the concept of artistry and marketing -- I think some feel the need to check off the "music" box in their marketing checklist, and they don't find the right partners or advisers when they're engineering that strategy. Every time one of those negative situations occurs, it makes it harder. 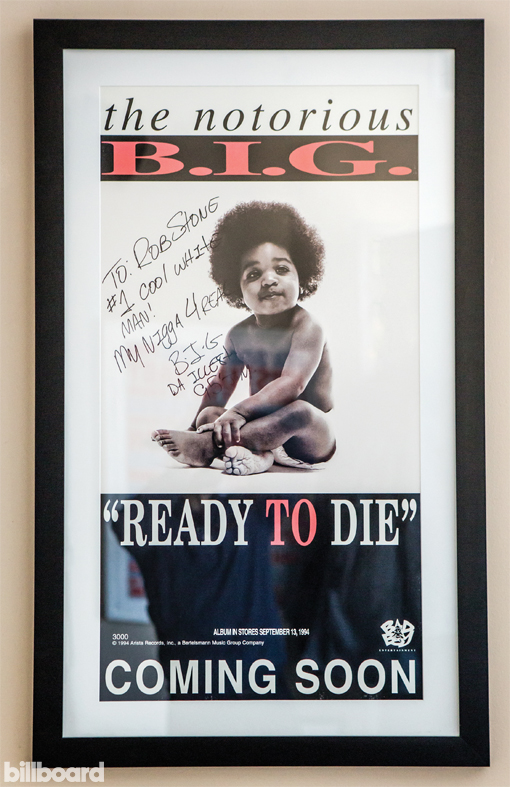 Jon, you're the father of two teenagers. What do most marketers get wrong about millennials?
Cohen: I think there's a real blanket assumption that millennials live and die by social media and that they think collectively a certain way, and I would say they're more individual than any generation in the past. The Internet and social media are the tools they use to communicate, but they don't define them -- they've enabled them to be individuals.

You were heavily involved in teaming ­Pharrell Williams with Diageo for the high-end liquor Qream in 2011, which ­ended with him suing the ­company for $5 million for ­failing to distribute the drink according to their ­contract. What did you take away from that experience?
Stone: Well, for one thing, timing is very important: Pharrell hit his inflection point about eight months after the deal went away. But it's hard bringing creative together with businesspeople, even when the businesspeople understand the creative process. We did a lot to make it work, but there was probably more we could have done on the communication side.

Vice has been valued at more than $2.5 billion, while you've remained independent. Do you feel like that company took a lot from your playbook?
Cohen: We're really impressed with what those guys have built -- they've done a really good job of not compromising, and they've helped open up the market to make people realize that there's a new media world out there. But we're focused on being the best we can be in music. We don't really think about where they are.

A lot of friends in business partnerships end up losing both. How do you keep it together?
Cohen: We have a really good partnership -- we don't agree on everything, but we have so much respect and hear each other out -- and we have an amazing executive team. Plus, it's fun.

This article first appeared in the March 21 issue of Billboard.